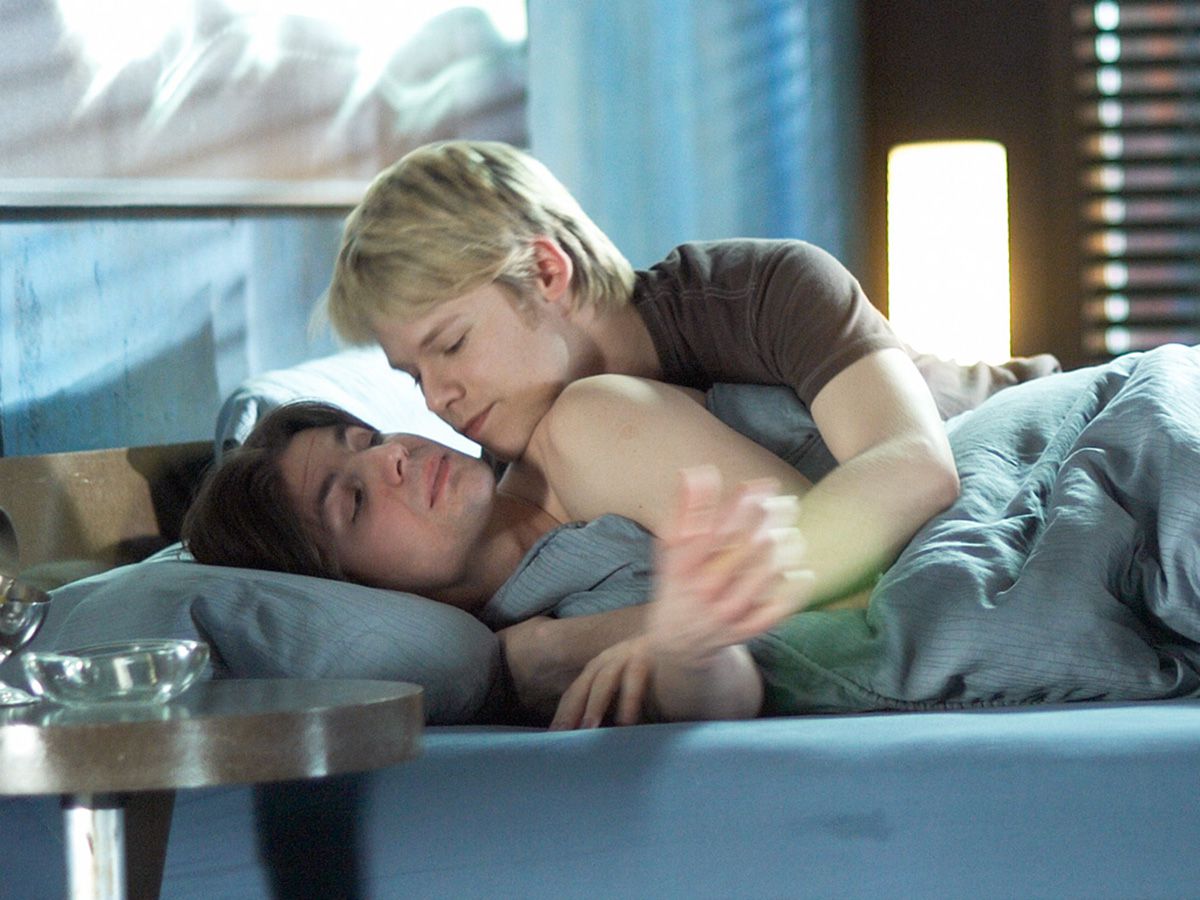 GLAAD does great work for the gay and lesbian community, but if the organization is seriously “dedicated to promoting and ensuring fair, accurate and inclusive representation of people and events in the media as a means of eliminating homophobia and discrimination based on gender identity and sexual orientation,” how does one explain why Queer as Folk continues to earn the GLAAD Media Award’s seal of approval? Though the show has never won their award for Best Drama Series, it still continues to make the shortlist of nominees, suggesting GLAAD has to scrape the bottom of the barrel to find five gay-friendly shows to fit its quota of nominees or that it hopes to send the producers of the show a clear message: Get better, we’re counting on you! If so, it isn’t working. Or it’s entirely possible that the organization has become so criminally shortsighted that it thinks the show’s soap-operatic depiction of gay culture—predicated on simplified and exploitative reductions of “big issues” affecting gay men and women in this country cut around lots of steamy sex and bad dialogue—is actually good for the gay community. Sure, 10 p.m. on Showtime may be the only place on television where you can find muscle queens simulating oral and anal sex with each other (if the positions aren’t extravagant, then the camera placement is—call it Queer Du Soleil!), this hardly constitutes progress. Don’t video stores carry gay porn anymore?

Like Queer as Folk, Six Feet Under is scarcely subtle (it too indulges in shrill exploitation, except it’s more of the navel-gazing variety), but if every narrative and emotional gesture in Alan Ball’s neck of the woods is worn like a placard (in fact, in an episode from the HBO show’s second season, extras actually carry signs explaining what’s going on inside Nate Fisher’s head, Peter Krause’s acting skills be damned), everything is underlined at least a half dozen times in the world of Queer as Folk, so much so you could swear that you can make out the notes scribbled in the margins of the show’s scripts. And as irritating as Michael C. Hall’s character from Six Feet Under may be, at least he isn’t defined exclusively by his sexual orientation. Hall and Matthew St. Patrick’s characters actually fight like a real couple and it isn’t always about who wants to be on top. Not so on Queer as Folk, where a typical show synopsis goes something like this: “Brian wonders if Justin is going to want to swallow his cock now that he’s missing a testicle. Ted launches a gay porn website and enlists Emmett, who’s fucking a closeted football player, as his star attraction. And Ted decides to give up crystal meth when he learns he was gang banged after passing out the night before.” You can’t make this shit up, and it’s all as ridiculous as it sounds.

In the first two episodes of the show’s final season, Queer as Folk has already asked us to believe that it’s an injustice for a studio to pull the plug on Justin and Michael’s Hollywood adaptation of their Rage comic book. “Gay’s out, God’s in,” says the project’s mop-topped director (way to tap into the pulse of the nation, Showtime), a none-too-subtle double for Bryan Singer who holds sex parties in his home, where Justin meets and develops a crush on some closeted marquee idol who seems to be a stand-in for both Brian (Gale Harold) and Tom Cruise (scandalous!). Defenders of the show might say that the show is trying to battle the too-much-too-soon hesitancy many in the gay community have adopted in the wake of gay marriage amendments being shot down across the country, but Queer as Folk’s politics are neither corrective nor does the show mean to take us down a progressive road; its exploitative, one-sided formula represents a shallow representation of gay culture. In short: It’s taking us back down the wrong road.

Just as the show hawks a disturbingly insular and hedonistic vision of the gay community, so does the Rage comic. Audiences are meant to be upset that Rage isn’t going to make it to the big screen and that this failure somehow has something to do with our nation’s obsession with God, sex, and gay marriage. Reality check: If Tim Burton’s Batman included scenes in which Michelle Pfeiffer tickled Michael Keaton’s scrotum after her character fell off a building, I’m guessing the project would have been nixed too. Then again, Queer as Folk, which is now trotting out the shrillest displays of self-reflexivity since Todd Solandz used Storytelling to purr and scratch at his critics, isn’t exactly a show aimed at sensible queers.

If the show is remotely watchable it’s because the hands involved in its making always manage to sink to heretofore unknown lows, and one could say it’s a duty, if not exactly a privilege, to document the fall. Queer as Folk is a triumph of marketing design, but this isn’t a compliment per se. It’s as if at some point during the show’s conception (or possibly after there were no more plots to steal from the BBC original), the show’s producers decided to market the show strictly to the self-ghettoizing queers in New York City and San Francisco (you know, the ones that rarely leave the confines of their Chelsea and Castro Street neighborhoods unless it’s for work or “play”).

Like Next and HX and other gay rags that cap the sexed-up images and advertisements of half-naked men in their pages with a back-cover advertisement devoted to AIDS drugs, sex rules on Queer as Folk (if the characters aren’t freely fucking then they’re thinking, talking, or writing about doing it) and “serious” issues like gay marriage, monogamy, safe sex, and buying a house (you know, the boring stuff) are mere afterthoughts or scarily and condescendingly treated (on the show, if you’re not sucking cock in the backroom of some club, then you’re probably an effete prig). Somewhere in the Midwest, closeted teens may look to the show as an eye-opening experience when, in reality, Queer as Folk is doing nothing but encouraging self-obsessed notions of gay identity, the kind of behavior the gay community needs to move away from if organizations like GLAAD really are concerned with progress.