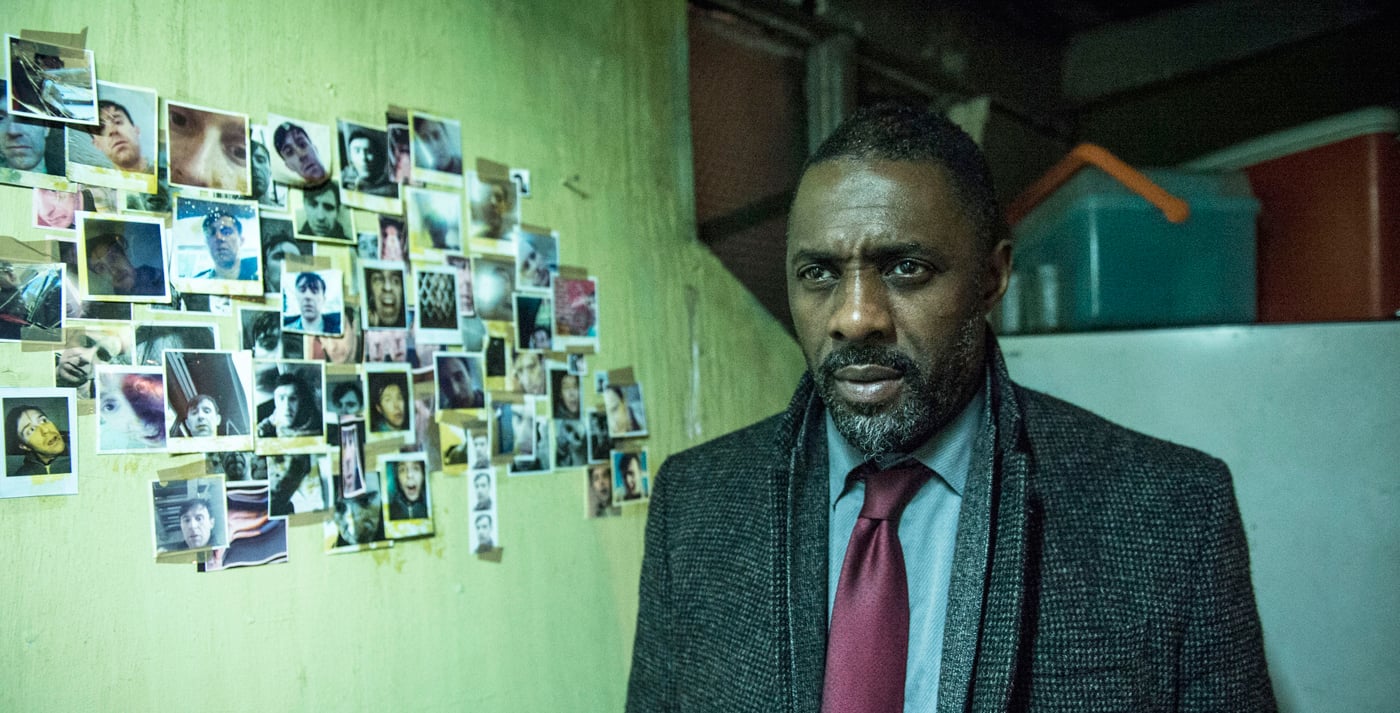 I must confess to having greeted the notion of a holiday-timed Luther special with fantasies of super-villain Alice Morgan and protagonist Detective Inspector John Luther (Idris Elba) canoodling by a fire somewhere, snifters of port in their hands, their feet and legs intertwined, maybe a Sinatra Christmas special on the radio. (Though Luther doesn’t strike one as a Sinatra man. Perhaps something bluesier, and rougher.) Alas, creator and writer Neil Cross has something more conventional in store, essentially hitting a restart button on his hero, allowing him to return into the fold of law enforcement with barely a batted eye.

In this outing, which qualifies more as a TV movie than even a mini-season, Luther is tasked with solving a pair of mysteries that occasionally and cleverly overlap in a conspiratorial Venn diagram. In London, someone is butchering and partially eating affluent people who’re revealed to be connected in a fashion that might resonate with Thomas Harris fans, as it echoes the central twist in the author’s Red Dragon. The other mystery is best left unspoiled, as it comments on the mythology of the series at large, effectively undermining one of Luther’s central relationships.

Cross and director Sam Miller continue to display a significant flair for capturing the corrupt rot of London. Despite the hundreds of crime shows that revel in hopelessness and debasement for our delectation, there’s still something distinctive about Luther and its mix of the chic and the gross. Call it upscale nihilism. London is rendered in a series of blues and charcoal grays that memorably complement Luther’s own stylishly steely jacket, which is offset with a red tie in a manner that parallels the blood that often dots the cityscapes. The chase sequences are often viscerally blocked so as to allow Luther to charge directly toward us, with Elba’s commanding, casually iconic frame hurtling toward the foreground from the background, uniting the planes in brutal harmony. And the crime scenes are framed with cubist intensity, abounding in geometrical shapes that enclose body parts within levels of metal and glass, revealing the dead to be as entombed within consumerist leisure as the lucky portion of the living.

So, yes, Luther is still quite concerned with the social tensions existing between the moneyed and the disenfranchised, and it’s still a poetically nasty series, though this season is so relentlessly forward-moving as to occasionally shortchange its best qualities. The political intrigue sparked up within the various law enforcement organizations, often out of a survivalist reaction to Luther’s vigilante tactics, is given short shrift in favor of a citywide manhunt. The roster of characters is smaller than usual, though series regulars Dermot Crowley and Michael Smiley have choice bits as DSU Martin Schenk and Benny Silver, respectively. (Particularly the former, when he curtly updates Luther on his day: “Playing catch-up with some Bedlamite, following his spore back to source.”) The second mystery’s backstory is disappointingly muddled, delivered in a few rushed explosions of exposition, and the central villains are forgettable ciphers, though there’s a vivid supporting turn by Patrick Malahide as a connected gangster.

Which is to say that Luther feels just a bit more ordinary than usual this season, though it serves as another reminder of how magnificently, expressively physical Elba is as a performer. Like Burt Lancaster, Elba moves—or glides—like an upstanding feline, informing every gesture with a palpable force that transcends context. Here he still plays recklessness with dangerously moral authority, investing the show’s high style with hints of anarchy. One just wishes he were afforded more room to stew in his character’s pulp majesty.

The Knick Recap: Season 2, Episode 9, “Do You Remember Moon Flower?”