After the emotional high points reached in last week’s installment of Luck, it’s only natural that this week’s episode, written by Scott Willson and directed by Brian Kirk, feels a bit like a come-down. But the seeming pause in the action allows for revelatory moments of introspection which will inform the plot developments that arise as the first season heads into its backstretch. Characteristic of such introspection is the opening shot, trained on a reflection of Ace (Dustin Hoffman) before reframing on the man himself. Using mirrors both literal and figurative, this episode reminds us that three of Luck’s characters, Ace, Joey (Richard Kind), and Marcus (Kevin Dunn), each bluff their way through many of their personal dealings considering their hidden good nature.

To use Luck’s parlance, the paraplegic Marcus is the degenerate gambler of degenerate gamblers. When Kagle (Peter Appel), the track’s security guard, loses his job because someone informs on his loan-sharking abilities, he comes to Jerry (Jason Gedrick) and Marcus for a handout. Marcus’s greeting to Kagle is about what we’ve come to expect from the vitriolic railbird: “Oh, I thought you might be applying to that TV show, Pig-Looking Fucks Lose Weight.” But as degenerate a gambler as Jerry is, he’s a sight more optimistic (and generous) than Marcus. (Jerry would have to be considering the way he keeps setting himself up for failure at poker.) He obliges Kagle with a $1,000 loan, free of any “vig” (the interest most bookies charge), a sharp contrast to Marcus’s earlier reaction to the loser. This illustrates what Marcus and Jerry do for each other. Jerry serves as a sympathetic mirror to Marcus, recasting the often times cruel, sickly misanthrope as a protective big-brother figure. Later in the episode, Marcus’s confession that he’s worried he’s “queer” for Jerry (because of his unusual feelings of concern for Jerry’s poker addiction) reveals how out of his depth the acerbic Marcus feels when he’s not focused on his own health concerns.

With jockey agent Joey, it’s the exact opposite. Conducting himself like someone who always has an angle, he’s only now starting to realize how his concern for others has stuck him in a corner. His constant stuttering, a physical manifestation the lack of self-confidence he tries to hide, seems even more pronounced in this episode when apprentice jockey Leon (Tom Payne) loses his chance to ride Ace’s horse, Pint of Plain, in his first race. Ronnie (Gary Stevens), still recovering from his spill off a horse a few weeks back, adds insult to injury. Taking every chance he gets to slam the broken Joey, the only one there for him when he was all but washed up, Ronnie enlists Leon on his crusade to stick it to Joey. Ronnie bad-mouths the agent to his young charge just as he reveals he got himself a new agent. And more problems pile on poor Joey, whose overdue alimony payments are the prime motivating factor behind his desperation, we learn when his ex-wife ignores his phone messages. The crushed man Joey spots in the mirror of a bar is hardly the image of the hustler we’ve gotten to know over the past several weeks of Luck’s run.

However, it’s in Ace that we see the greatest contrast between public and private image. Ace is slick and calculated in his business dealings, whether it’s setting bodyguard Gus (Dennis Farina) up as Pint of Plain’s owner on paper, ordering Turo (John Ortiz) to cruelly drop bug boy Leon from riding the horse in his first race, or the more benevolent action of mitigating Leon’s disappointment (and protecting Turo’s honor) by voluntarily offering the jockey a consolation fee of $5,000. As we’ve discovered in previous episodes, Ace is even more efficient in his scheming against his former business associate, Mike (Michael Gambon), despite his obvious desire for revenge. But when it comes to Claire (Joan Allen), the sweet representative of the philanthropic organization seeking his donation, Ace turns into a little boy. He frets over the shy Claire standing him up when he’s ready to give her the check. When Gus tells him Claire is finally on her way to see him, Ace brushing his teeth, looks in his bathroom mirror with a momentary spark of glee. “What do you think of that?” he asks himself.

Two weeks ago, I spoke of the rehabilitative effect horses are having on Luck’s characters. Episode five’s final act is the best illustration of this metaphysical influence, and it bolsters the idea that there’s a very different Ace hiding inside the ex-con. As Ace and Claire watch from Turo’s box, an odd mishap occurs in which the horse running in front of Pint of Plain loses one of its shoes, which bounces back and wounds the animal in the right hind leg. As blood gushes down Pint of Plain’s leg, he still manages to outrun all of his competitors to the finish line. Ace’s immediate reaction is a brilliantly naïve one, “That’s some horse. That’s some wonderful horse.” But Turo is worried about the injury. Jo (Jill Hennessy), the vet, tells Ace they have to wait until the next morning for an ultrasound. Sending Gus and Claire home, Ace decides to stay with the horse. He falls asleep next to Pint of Plain’s stall, and when he wakes up, tenderly caresses the horse, kissing it. Jo, witnessing Ace’s exposed vulnerability for the first time, asks Turo, “How are we supposed to pretend anymore it’s not his horse?”

• More on the therapeutic qualities of horses: A kind doctor (Shaun Toub) treating Marcus diagnoses his cardiomyopathy as aggravated by stress. When the doctor asks Marcus if he has someone he can talk to, Marcus responds, “A horse.” “That’s not bad,” says the doctor.
• Ace’s check to Claire is a company check from the Stone Corporation. It totals $367,000, considerably more than the $220,000 she asked him for. When Claire asks Ace why he gave her that sum, he responds that 367 is his lucky number.
• Rosie (Kerry Condon), still giddy from her victory last week, comes to see Pint of Plain race. It’s unclear whether she’s aware that boyfriend Leon is no longer riding the horse.
• Showing solidarity with Turo (who trains both Ace’s horse and theirs), Marcus and Jerry’s railbirds go watch Pint of Plain run his first race. They proudly debut their newly designed T-shirts, naming the four co-owners as “Foray Stables.”
• The song during this episode’s end credits is “Now That I Know” by Devendra Banhart.

• Turo bristles against Ace and Gus’s demands to take Leon off Pint of Plain and takes it out on his girlfriend, Jo. “If you get smart with me, I throw you the fuck out too.” “Lose your best horse, fire your vet?” she asks. “I get another ‘best’ horse…and a vet.” “What’s your big finish? Set yourself on fire?” “Yeah. Okay, Judge Judy.”
• Tough, old Gus is starry-eyed the night before Pint of Plain’s first race. “Tomorrow’s gonna be a good day, Ace…big day,” he says. “We step to the plate with a shot. You know who don’t?” “Who?” Ace asks. “Babe Ruth. The Babe don’t step to the plate, or George Patton either. You know, because they’re both dead. Tremendous ballplayer, tremendous general…out of the picture completely. Whereas you and I, we get a good night sleep. We step to the plate.”
• When Claire apologizes for standing Ace up, she adds, “You make things possible, Mr. Bernstein. And I’ve been afraid for things to be possible.” Possible romantic feelings for Ace?
• “Good luck, Mr. Bernstein,” says Claire. Ace replies, “You could call me Ace or Chester.” “Good luck, Chester.”
• A drunk Ronnie to Joey, rubbing it in after Pint of Plain’s win, “He didn’t win like much, did he Joey?” “Why’d-why don’t you take a l-long walk off a short pier?” Joey stammers in response. “Because I’m always afraid I might st-st-stumble.”

Catch the Fair One Review: A Taken Riff with a Side of Kitchen-Sink Realism 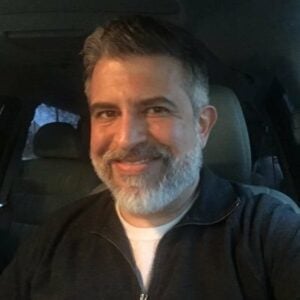