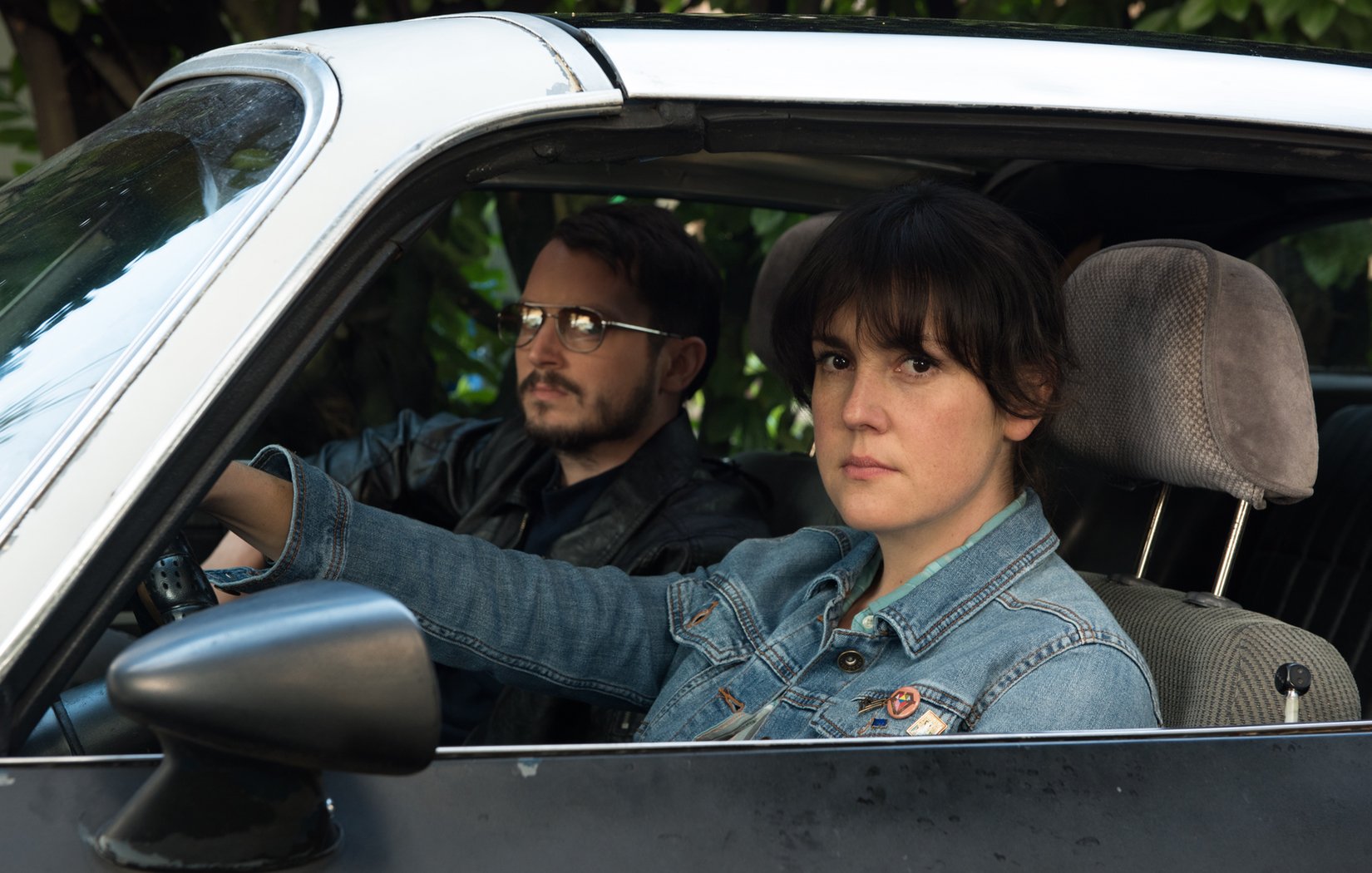 Like its title, writer-director Macon Blair’s I Don’t Feel at Home in This World Anymore strains to draw attention to its topicality, unironically trading in the kind of histrionic us-versus-them mentality that characterizes much of our current national political discourse. Unapologetically ideological in its politics, the film takes for granted that the viewer will identify with Ruth (Melanie Lynskey), the titular “I,” an assistant nurse living in an unnamed American town that stands in for the United States as a whole; the setting is a banal dystopia of indifference and petty violence, both physical and emotional.

A depressed loner, Ruth is a self-righteous, politically progressive everywoman who feels stymied at every turn by racism, smog-emitting pickup trucks, and mansplaining. Viewers are meant to believe that her pessimistic worldview isn’t simply a product of depressive paranoia, but that the world is truly against her—a victim syndrome seemingly justified after her home is burglarized. While Ruth has no compassion for people who don’t share her political outlook, she feels entitled to sympathy from the world for her plight. When the detective (Gary Anthony Williams) assigned to her case patiently explains to her that leaving her door unlocked facilitated the burglary, Ruth sees this explanation as just another example of social injustice aimed directly at people like her. The few, brief scenes involving the detective flirt with the idea that Ruth’s victimization exists chiefly within her own mind, but the film eventually opts to validate her victim complex.

When the burglar is revealed to be Christian (Devon Graye), the white male scion of a wealthy family, I Don’t Feel at Home in This World Anymore sheds any remaining effort to conceal its political bleeding heart. Though Christian and his lowlife companions are the film’s ostensible criminals, that changes when Ruth runs into his boorish, upper-class parents. It’s here that the film unconsciously divulges its smug political superiority, as Ruth gets to take out all of her progressive outrage on Christian’s parents. She blames them for everything she generally dislikes about the world, and without being able to come up with a single concrete example of wrongdoing on their part. A better film might have exposed this ad hominem attack as simply an expression of Ruth’s resentful envy, but it’s too in love with the character to question her motives or the righteousness of her cause.

Blair is more concerned with delivering a timely political parable than a fully realized drama—or black comedy. The film never fully commits to either, shifting in tone from scene to scene and ultimately delivering on neither count. All of the characters are grotesque caricatures. Christian’s “gang,” whose backgrounds and motivations are never revealed, come off as amorphous underworld types written by someone whose understanding of violence comes solely from Quentin Tarantino movies. The brief moments of ultraviolence are cartoonish in a similarly sub-Tarantino way, all B-movie sound and fury that only partially makes up in virtuosity what it lacks in meaningful plot development or character revelation.

The film’s apparent comic relief is Ruth’s equally lonely and wacky neighbor, Tony (Elijah Wood), whose displays of self-taught martial artistry are meant to be funny but come off as a lazy attempt to add personality to an otherwise dull and one-dimensional character. Blair also adds a thin veneer of feminism to the film by making Tony a sexually neutered platonic–romantic partner for Ruth, because any sexual chemistry between the two would presumably undermine her vigilante credibility. When Ruth decides to take control of her life and turns into a hapless but surprisingly successful avenger, audiences are allowed to take part vicariously in her revenge on the world. She goes from merely complaining about social justice to becoming a real warrior who, along with her second banana, Tony, metes out justice to those who have ruined the world for people like her (and “us”).

The formless navel-gazing of the film’s first half, which consists mostly of Ruth complaining about her life to anyone who will listen, turns into a ridiculous and bloody neo-noir in the second half. Some have compared Blair’s film to the works of the Coen brothers, with its bumbling criminals, naïvely arrogant protagonists, dark humor, and misanthropic violence. But unlike the rigorous skepticism of films like Blood Simple, Fargo, and Burn After Reading, I Don’t Feel at Home in This World Anymore uses its allegorical narrative to further a simplistic political message meant to give it an aura of timely social commentary. Whether you find it convincing might depend on the extent to which you agree with Ruth that, besides you, “everyone is an asshole.”