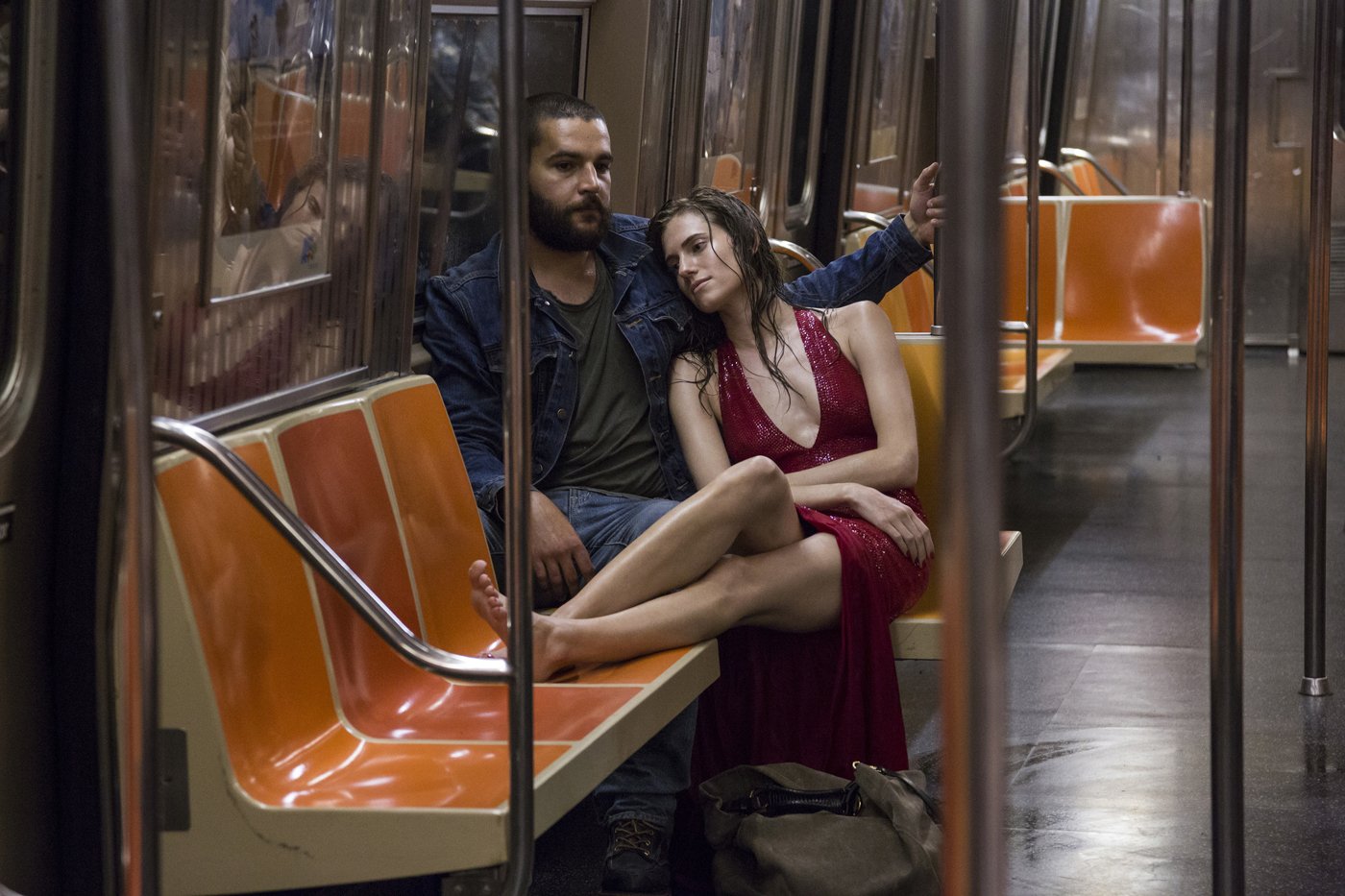 Last night’s installment of Girls continues this season’s run of eventful, emotionally revealing episodes, in which one or two of the main characters zigzag toward some kind of self-awareness, often while exploring an unfamiliar environment. The settings feel like a significant part of that awakening, since Hannah (Lena Dunham) and her friends spent the great majority of the first four seasons either indoors or on dark city streets at night. These artificially lit, often cramped or crowded locations functioned as a series of cocoons in which the characters hung out almost exclusively with people more or less like themselves. But the girls are breaking out of gentrified Brooklyn more than ever this season, exploring environments like a sun-drenched Coney Island, cat cafés and communal hot tubs in Tokyo, or that spa where Hannah and her mom went to last week.

“The Panic in Central Park” belongs to Marnie (Allison Williams), who breaks the seal on the superficially successful but spiritually unfulfilling life she’s clung to up until now. The least self-aware of the show’s main characters, Marnie generally can’t be counted on for much of anything but loyalty to Hannah, as she ricochets from one man to the next, unable to maintain respect for anyone foolish enough to fall in love with her. The last time we saw her, she was trying out a new, nurturing persona, assuring hubby Desi (Ebon Moss-Bachrach) that he only felt bad about himself because she’d been “picking at” him. This episode opens with Marnie back in her customary ice-queen mode, giving Desi the silent treatment and then scoffing, when he says her “cruelty” makes him want to kill himself, “You don’t want to kill yourself. You are far too narcissistic to kill yourself.” But she’s knocked out of that familiar groove when she runs into Charlie (Christopher Abbott), the old beau she fell desperately in love with only after he gave up on her and moved on.

As unobservant as ever, Marnie seems blind to the obvious signs (including his jittery, sometimes manic energy and frequent trips to the bathroom) that Charlie is jacked up on something, even though she mocks the street patois he’s adopted. She also starts out at her most high-handed and emotionally tone-deaf: After she excoriates Charlie for having broken her heart when she tried to get back together with him two years earlier, she has nothing to say but an awkward “I’m sorry” when he tells her his father died, escalating the pathos with every new sentence as he sheepishly mumbles that the man hung himself. And when Charlie takes her shopping for a new dress, it takes her only about three sentences to alienate the saleswoman with a patently false, self-aggrandizing gloss on her life story.

But then Marnie takes an impromptu walk on the wild side with Charlie, ripping off Charlie’s coke dealer when the guy propositions her for a threesome, falling into the lake at Central Park, and getting mugged at gunpoint on the way home. As she’s momentarily suspended underwater in the park, the camera catches sparkly little air bubbles that dot Marnie’s chiseled cheeks and eyebrows like dots of glitter as her face takes on a look of pensive entrancement, which lasts through her train ride back to Charlie’s apartment. The next day, she finally figures out that he’s using needles and stalks off, but the spell cast by that day spent outside her sheltered life hasn’t dissipated. She may not know anything for sure except that she doesn’t want to be married to Desi, but at least she’s aware of her lack of self-knowledge, and that’s a crucial first step. As she tells him: “I don’t know who I am right now. I’m, like, a ghost of myself. I don’t know what I’m doing here, or anywhere else.”

Marnie relaxes visibly when Desi agrees to the divorce, and as she heads upstairs in her damp designer dress to get some of her things, she already looks a little less brittle and more confident, finally able to cede control long enough to take one of those free-falls into the unknown that most of us surrender to at least once while bumbling our way out of adolescence. It’s also a good sign for Marnie—though maybe not so good for Fran (Jake Lacy), who may now find himself taking the back seat to Marnie in Hannah’s life—that she heads straight from her apartment to Hannah’s, where she crawls into bed for a nap with her best and oldest friend.

Review: The Path: Season One