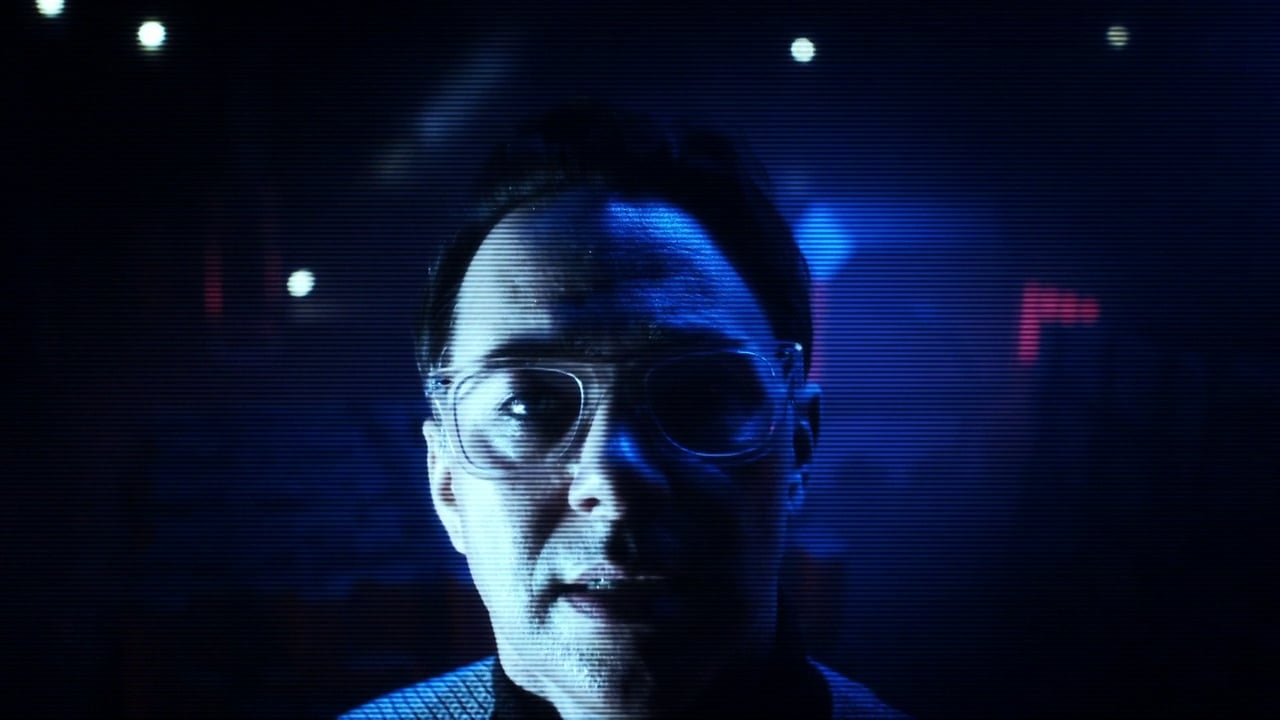 It takes a certain amount of chutzpah for the opening line of a Doctor Who episode to be an emphatic “You must not watch this,” addressed directly to the audience. “Sleep No More” is a very odd and experimental entry written by Mark Gatiss, who last year contributed the light and frothy “Robot of Sherwood,” as great a contrast to this as could be imagined. With a nightmarish threat extrapolated from our mundane, everyday experience (in this case, the “sleep dust” we wipe from our eyes every morning when we wake up), he’s aiming here for the sort of effect more associated with the episodes penned by showrunner Steven Moffat. However, as the first truly standalone episode this season, it can’t help but feel rather insubstantial after the previous weightier tales, even before a surprise ending reveals the whole thing to be one big shaggy-dog story.

The speaker of the aforementioned opening line is Professor Gagan Rasmussen (Gatiss’s League of Gentlemen collaborator Reece Shearsmith). Throughout the story he takes us into his confidence, providing explanatory narration over a collection of found footage showing the events on Le Verrier Station, his laboratory in orbit around Neptune. He’s the creator of the Morpheus process, a means of sending coded electrical signals to the brain that can compress a night’s worth of sleep into just five minutes: an invention that’s revolutionising the society on Neptune’s moon Triton. He’s also the only survivor after everyone else on the station has been killed by rampaging monsters; the story opens as a rescue ship docks, and its crew discover that the Doctor (Peter Capaldi) and Clara (Jenna Coleman) have also arrived on the station.

This familiar Doctor Who scenario—an isolated outpost, a small group of humans trapped in it, monsters picking them off one by one—is given a very off-kilter feel thanks to several tricks of presentation. Most startlingly, for the first time in the show’s history the opening titles and theme music are omitted. The point where the Doctor and Clara find themselves surrounded by the gun-toting rescue crew would be a natural place for the pre-credits sting to burst in, but it never comes, and the episode simply continues on.

The found-footage conceit presents several unusual challenges for both Gatiss and first-time director Justin Molotnikov. Every time the camera angle changes, the new point of view needs to be justified. This is managed fairly seamlessly thanks to the Doctor’s realization that the monsters (the “sandmen”) have visual receptors scattered all over the station as minute particles of dust. The desaturated, security-camera-like views from these receptors are intercut with Rasmussen’s recorded addresses to the camera, and also with shots directly representing various crew members’ point of view—which have been acquired by the station through a side effect of the Morpheus process, as the Doctor discovers when Clara accidentally suffers the same “infection.”

These point-of-view shots can be disconcerting, as they feature a lot of staring straight into the camera by the other actors, combined with much erratic panning and tilting to simulate characters walking or looking around. At times the shakiness of the camera work is so pronounced that, together with the darkness of the environment and the complete absence of incidental music (though that also makes sense, from the standpoint of verisimilitude), ensures a distinctly uncomfortable viewing experience.

Gatiss gets some unobtrusive world-building into the script, with references to an “Indo-Japanese merger” after some unspecified “Great Catastrophe,” providing intriguing hints to this 38th-century milieu. The characters of the crew are fleshed out more than usual in this type of story, particularly Chopra (Neet Mohan), the political rebel who refuses to use the Morpheus machines, and the “grunt” (an artificially grown, low-intelligence trooper) whose name is merely “474” (Bethany Black). Interestingly, Clara’s disgust at the idea of a genetically engineered soldier is simply dismissed by the Doctor: “Well, that’s how they roll in the 38th century.”

Clara herself is reduced to playing the generic companion role this week, with her only contribution of note being falling victim to the Morpheus process. The Doctor is his usual forceful self as he investigates, eventually pinning down Rasmussen himself and the Morpheus process as the cause of the monsters. But because Gatiss needs him to ultimately miss the real point, he doesn’t manage to penetrate to the truth behind some of the events, such as the sabotaging of the station’s gravity shields for no obvious reason. In the end, he destroys (or so he thinks) the threat by causing the station to self-destruct, and exits the story with a plaintive cry that “None of this makes any sense!”

Only after the TARDIS has dematerialized is the real climax reached. Rasmussen, who was apparently killed earlier, pops up again to tell us that the whole point of the story, with its danger and scary monsters, was to keep us watching. The unexplained bursts of static we’ve been seeing throughout during shot transitions are actually the Morpheus control signal, and now we watchers have been infected!

The most memorable moment of the episode is the final one, as “Rasmussen” is revealed to be one of the sand creatures and disintegrates while laughing crazily at the audience. It’s a clever “meta” conclusion, in a similar vein to the tag at the end of 2007’s “Blink,” which posited that every statue in the world might be a Weeping Angel. However, that was simply a bonus at the end of a tale that had already been properly wrapped up. Here, the twist’s effect is to undermine the rest of the episode, leaving it feeling pointless. As a technical exercise and an expansion of Doctor Who’s boundaries, “Sleep No More” is moderately engaging, but as a satisfying adventure in its own right it can only be described as a snoozer.

Next Week: Some old friends return, as the Doctor and Clara find an alien world hidden in present-day London, in “Face the Raven.”