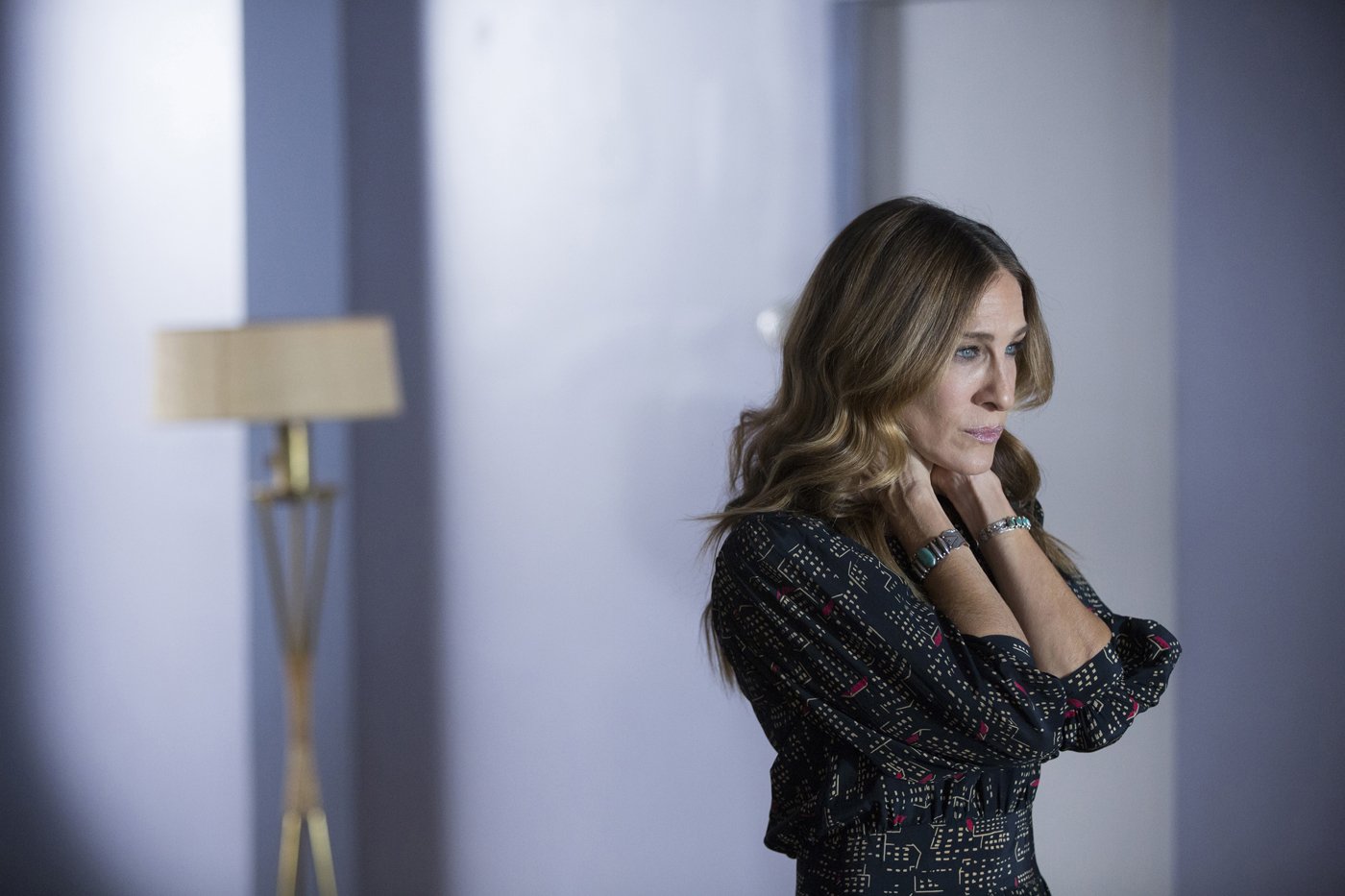 About halfway through Divorce’s pilot episode, Diane (Molly Shannon) shoots a pistol at her husband, Nick (Tracy Letts). The bullet misses him, but he collapses from a heart attack. The question immediately becomes whether or not Diane actually meant to kill Nick, who prior to his near-death experience served his wife a lengthy, condescending birthday toast in front of all of their friends. Diane’s criminal act presages allusions to Divorce’s bigger philosophical notions about the nature of monogamy, commitment, and happiness, but the HBO series never comes to any concrete or even ruminative conclusions about these matters.

Divorce isn’t about Diane and Nick, but rather their close friends, Robert (Thomas Haden Church) and Frances (Sarah Jessica Parker), who, as a direct result of the shooting incident, finally decides to pull the figurative trigger and ask Robert for a divorce. Frances sees Diane’s marriage as a cautionary tale, to not let annoyance and contempt for one’s partner fester to a point where their death might register as relief, and one expects the series to dig into the grisly process of the titular severing. Instead, the focus turns toward doubt, indecisiveness, and what you might call comical vindictiveness. The show’s paltry laughs and flashes of wit are couched in these two characters casually discussing how much they dislike one another.

Divorce has a clear barometer for humor, though less for empathy. When Robert is blindsided by the news that his wife has been carrying on a secret affair with a Columbia professor, Julian (Jemaine Clement), little time is spent showing him traversing the stages of grief; instead, he’s instantly transformed into a hurtful cynic. Robert vomits from shock a few times, but almost immediately begins putting the screws to his wife, whether by changing the locks on the doors or simply denying her the chance to explain herself. Series creator Sharon Horgan certainly has an interest in Robert and Frances’s bickering and vengefulness, but she seems less concerned with showing us who these people fundamentally are and what brought them to this point.

This is all the more frustrating in that Divorce occasionally, refreshingly sees divorce as a healthy development in one’s life. In the second episode, Robert, who works as a contractor, begins talking with his employees at the construction site over lunch and opens up with them in a way he ostensibly never had before. And the thought of being single and independent seems to refocus Frances on her future plans. There’s a potent sense throughout that divorce could honestly be the best possible thing for these people, but fear of change, lack of control, and a pervasive feeling that marriage is meant to feel torturous eventually keeps them from calling the lawyers.

Divorce looks at the demise of the relationship with practicality, yielding a modicum of insight into how lonely marriage can feel, but disregards the regret, confusion, yearning, and self-doubt that make pragmatism all but impossible in these situations. Instead, the series offers audiences a dark relationship comedy similar to Horgan’s Catastrophe in its deflated yet bemused tone and attitude toward heteronormative monogamous relationships. Even as Frances and Robert eventually start seeking counseling and mediation, where they must talk about their past indiscretions, their exchanges fail to convey sincere feeling for the flecks of memory and pain that plague couples when they have to split up their family and feel dispassionate about one another. Each plot turn or personal revelation feels overwritten and predigested by the time it escapes a character’s mouth, taking away from the proverbial heat and unpredictability of such a series of events.

Would that Divorce worked less to set up punchlines and a little more on bringing out the busy inner lives of Frances, Robert, or even Julian. But as it stands, the series is stuck in neutral, between caring about what happens to these people and wanting to see them tear each other to shreds for sport.