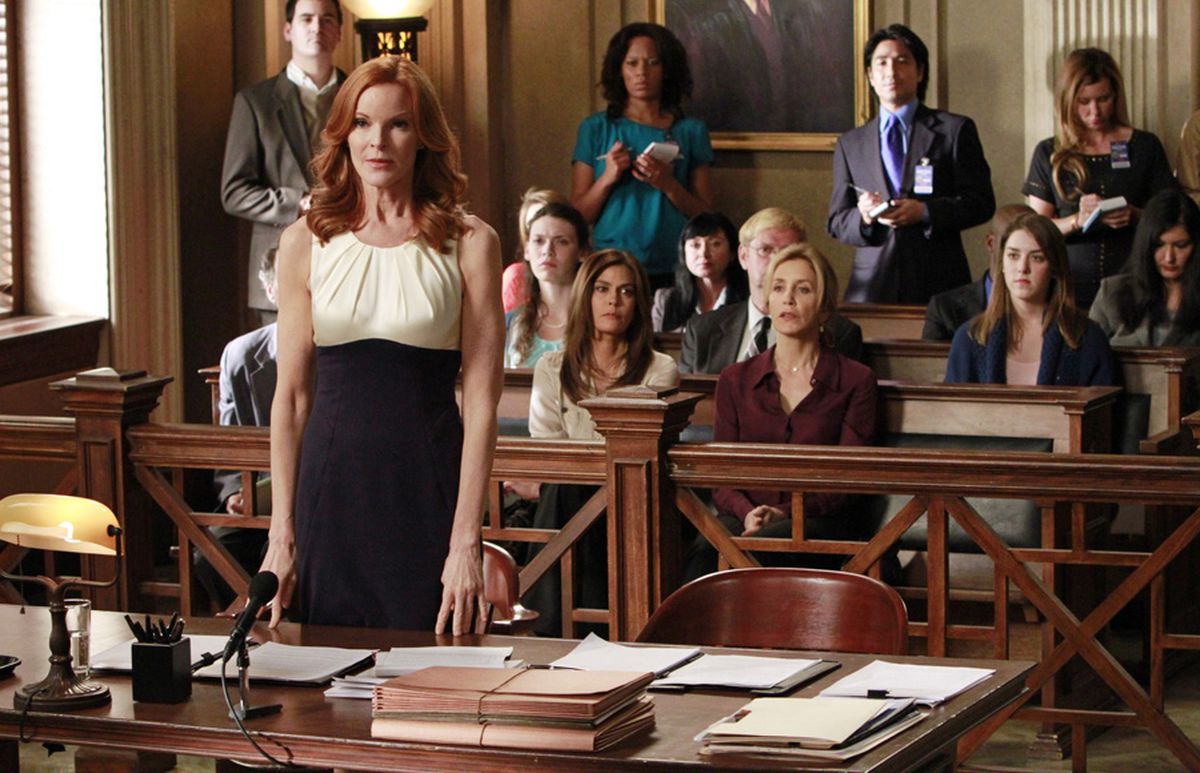 Over the course of Desperate Housewives’s eight-year run, the behind-the-scenes drama has often threatened to overshadow the series itself. I’m not referring to Nicolette Sheridan’s pending lawsuit, or the rumored rivalries among the show’s co-stars. Rather, it often seemed that the writers’ room was where the real theatrics took place. Each time a new, convoluted cliffhanger was introduced, the question I was compelled to ask had less to do with the fate of the characters and more to do with how the writers could possibly dig themselves out of their own mess. For eight years, they’ve been digging. And the results, while not always neat, have been perversely fascinating.

That’s why last night was in some ways an inevitable disappointment. The mystery of the neighbors’ lingering secrets have always been revealed more often by the omniscient dead narrator than by her living counterparts. Flashbacks, spontaneous confessions, and sudden changes of heart have brought prior seasons to rushed and simplistic ends. Resolutions have never been creator Marc Cherry and company’s forté, and the series finale was no exception.

Tom and Lynette (Doug Savant and Felicity Huffman) ended their season-long separation when Tom suddenly realized their problems only looked big from up close. Bree (Marcia Cross) evaded murder charges when a dying friend took the stand to confess to the crime she didn’t commit. The girls put aside their squabbling and played one last game of poker. This is all from the same series in which an elderly mother once slipped her son a date-rape drug so his ex-wife could get herself pregnant with his DNA.

In some ways, Desperate Housewives has been ruthlessly uncompromising in the sense that its idiosyncrasies have never been sacrificed in order to mitigate its myriad flaws. And frankly there’s no other show on TV in which giddy self-parody and camp gravitas have been combined with such uncomfortable ambiguity. Luckily, the second half of the two-part finale, written by Cherry, managed to complicate things enough to spare us from what might have otherwise been a pat procession of unending resolutions. Gaby (Eva Longoria) tries to steal a wedding dress from the store where she was recently awarded a promotion after her friend Renée’s (Vanessa Williams) original gown is ruined. Susan (Teri Hatcher) hijacks Reneé’s limousine in order to rush her child-birthing daughter, Julie (Andrea Bowen), to the hospital. The grandmother-to-be then tries to set Julie up with the obstetrician in the midst of labor. We tune into soap operas for feuds and farcical complications like these—not so we can see every character end up with a successful business venture.

There was one resolution that truly resonated. When the ladies all move out of Wysteria Lane and politely promise to keep in touch and visit, Mary Alice (Brenda Strong) takes the opportunity to unearth one last lie. With one of her most somber voiceovers ever, she lets us in on a secret that the housewives already know: They won’t keep in touch, and they won’t visit. The moment is far more unsettling and existential than the overblown sequence of the desperately deceased gathering to wave Susan goodbye. Deep friendships and passing acquaintances can never be replicated, and these are the endings we experience every day, even as we try to deny their finality.

By juxtaposing the absurd and the universal, Desperate Housewives evoked the paradox of why we all feel like the only one whose mien hides pain and humiliation. Each absurd plot device subtly mocked the viewers for their identification with the artifice of Wysteria Lane while the voiceover narration simultaneously encouraged such identification. At the end of every episode, Mary Alice summarizes each character’s dilemma with some kind of aphorism using the inclusive “we.” Can “we” really identify with women who have survived a supermarket shootout, a plane crash, a tornado, a deadly conflagration, a neighborhood riot, and several homicidal neighbors? If that was the criteria for Housewives fandom, the ratings would have dropped even lower than they did.

Yet the universal appeal of soap operas is undeniable, and Desperate Housewives surpassed its daytime counterparts by tapping into the reasons why. Our secrets fester when left unshared, and nothing is as perfect as it seems. It’s a message that has lent the series some weight over the years, and inspired a confession of my own as ludicrous and sordid as anything on Wysteria Lane: I’m actually going to miss this show.