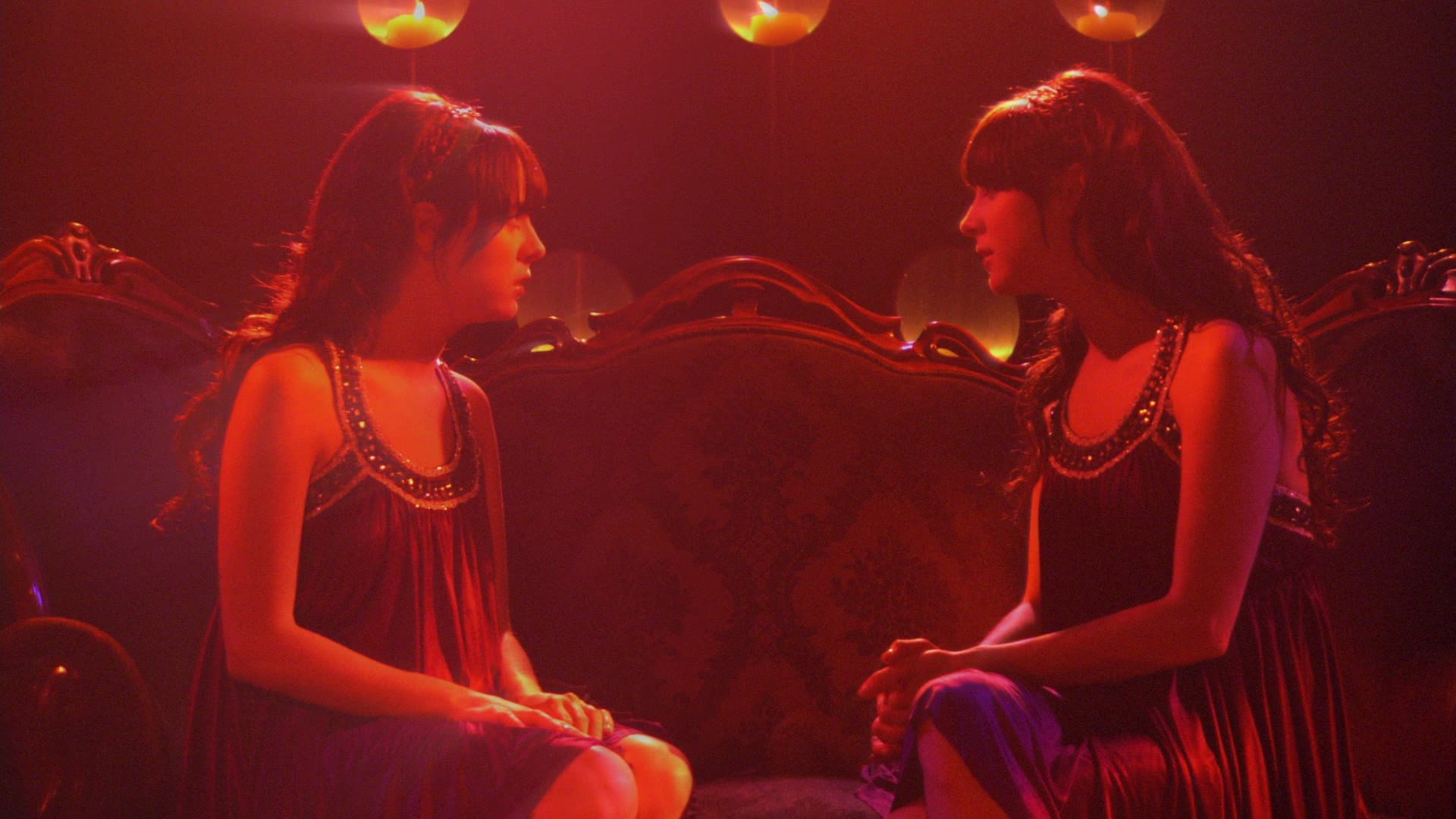 With the recent demise of the much beloved Battlestar Galactica, this avid TV watcher found himself mourning the loss of its wonderful characters in a way he seldom has before. Perhaps it was because the series reached what is generally rare for television: a satisfying conclusion. I actually found myself wanting to follow the new adventures these characters had set out on in the final minutes of the show. It is fitting that the science fiction series, an allegory for Bush’s “War on Terror” era, would wrap up as America enters a new, hopeful, but more opaque era of economic uncertainty. The new prequel spinoff, Caprica, is a chapter in the Galactica saga that captures the feeling, characteristic of the Obama era, of American life at a crossroads.

The opening title card states, “Caprica: 58 Years Before the Fall.” It is a world we’ve seen in glimpses on Galactica, beautiful, glistening buildings forming a gleaming skyline overlooking an ocean. But it is a society on a precipice. It has reached the apex of its civilization and the seeds of its ultimate destruction are being sown right now. It is a world much like our own where there are differing socioeconomic levels because of class and racial bias. And its young people rely on virtual technology to fill the void in their lives where the gradually disintegrating family structure once existed.

The Graystones are representative of just such a dysfunctional family. The patriarch, Daniel (Eric Stoltz), is a Bill Gates-type billionaire genius in the robotics field, struggling to find the missing component necessary to bring his cybernetic life-form nodes to life. Wife Amanda (Paula Malcomson) is a surgeon. They both have a contentious relationship with their good-hearted but rebellious daughter, Zoe (Alessandra Torresani). Zoe is one of a whole generation of kids that retreat into a virtual world called the V Room, a rave-like atmosphere where one can participate in orgies, Fight Club-like match-ups, or even kill avatars that stand in for people you hate. But Zoe has built a separate room for herself and her friends within the V Room, a spiritual oasis where she and the others can share their newfound monotheistic religion secretly, without being ostracized in Caprica’s polytheistic society.

More than that, Zoe, apparently a cybernetics wunderkind, has found a way to download enough of her medical, scholastic, economic, and personal data into her virtual avatar that she has imbued it with life in a way that still eludes her father. So when she is killed in a suicide bombing by her religiously radicalized boyfriend, the Zoe avatar is all that’s left of her.

Discovering his daughter’s creation, Daniel sees a way to both bring Zoe back into the real world, and resolve the issue with his cybernetic life-form nodes, which we’ll henceforth call Cylons.

Also killed in the bombing are Joseph Adams’ wife and daughter. Adams (Esai Morales) comes from a different planet and background than Graystone. The economically depressed world of Tauron is still crime-ridden as it continues to recover from a civil uprising decades ago, and it supplies Caprica with its farming and labor classes. Joseph emigrated from Tauron as a child, and is now a mob lawyer. His brother Sam (Sasha Roiz) is a hit man—for one of the Tauron mob families that Joseph represents—who promises to find out who was responsible for the bombing.

Daniel and Joseph soon form an unlikely bond over their shared grief in a wonderful sequence where they go to a cafe, and smoke and drink coffee together for the better part of a day without speaking. Daniel shares his discovery about the new AI technology with Joseph. Despite some reluctance, Joseph is willing to see what it can do. But a haunting scene with his daughter’s avatar soon makes Joseph call the whole idea an abomination.

Joseph realizes that he must let go of his grief and focus on raising his 11-year-old son. In a portentous scene accentuated by one of composer Bear McCreary’s familiar musical motifs from Galactica, Joseph opens up to his son about his background, how he named him William after his own father who died in the uprising, and how he changed their family name from the more ethnic Adama to hide the fact that they are Taurons. William Adama will, of course, grow up to be the protagonist of the previous series.

The events in Caprica cleverly foreshadow much of what happens later in Galactica, while still managing to make a clear break with the mother show. The pilot feels a bit overstuffed with characters and ideas that will certainly be delved into later in the series. This also occurred in Galactica, which didn’t really show its potential until its first regular episode, “33.” My favorite actress from Deadwood, Paula Malcomson, doesn’t get much to do just yet. And I didn’t even mention another powerful actress, Rome’s Polly Walker, who plays the sinister leader of the cult behind the bombing, Sister Clarice. She establishes a strong presence in the pilot, but she is tangential to this story at the moment. I have a feeling that her true contribution to the series hasn’t yet begun.

The cinematography by Joel Ransom is a lot less vérité than it was on Galactica, setting a much more formal tone. McCreary’s score is more lyrical, weaving in more string motifs throughout while avoiding the drums associated with the mother show…until we get a look at the birth of a Cylon where the drums are a welcome callback to Galactica. Also back is production designer Richard Hudolin who remembers that, though this is a prequel, the technology should look newer since this pre-Cylon war society was still a bit more arrogant about its advances. And costume designer Glenne Campbell returns as well, offering some interesting eccentricities in the clothing worn by Capricans, the men wearing fedoras and sporting suits and overcoats much like you’d find in a period piece.

Thematically, Caprica picks up where the epilogue to Galactica’s final episode left us, with a society overconfident in its technology and dependent on its consumerist creature comforts, but spiritually bankrupt. This new chapter is far more in keeping with the turbulent and confusing times we live in today. Where Galactica’s Cylons and their destruction of the Twelve Colonies were clear stand-ins for 9/11 and Al-Qaeda, Caprica could potentially confront the moral gray areas that arise when we are our own enemy. Our country’s decline in power and our decisions to throw multiple rescue plans at the problem to see what sticks is alluded to in Graystone’s approach to solving his Cylon development issues. Another theme: The social stunting of our youth and the degree to which it involves computer social networks as a replacement for forming real relationships. Even the spillover of drug violence from Mexico as a result of corruption and economic strife is referred to in the Tauron subplot.

And so the Galactica saga begins to take shape in Caprica. While the show’s focus is still a bit scattered, there is a lot of substance to this allegorical look at our increasingly complicated times.