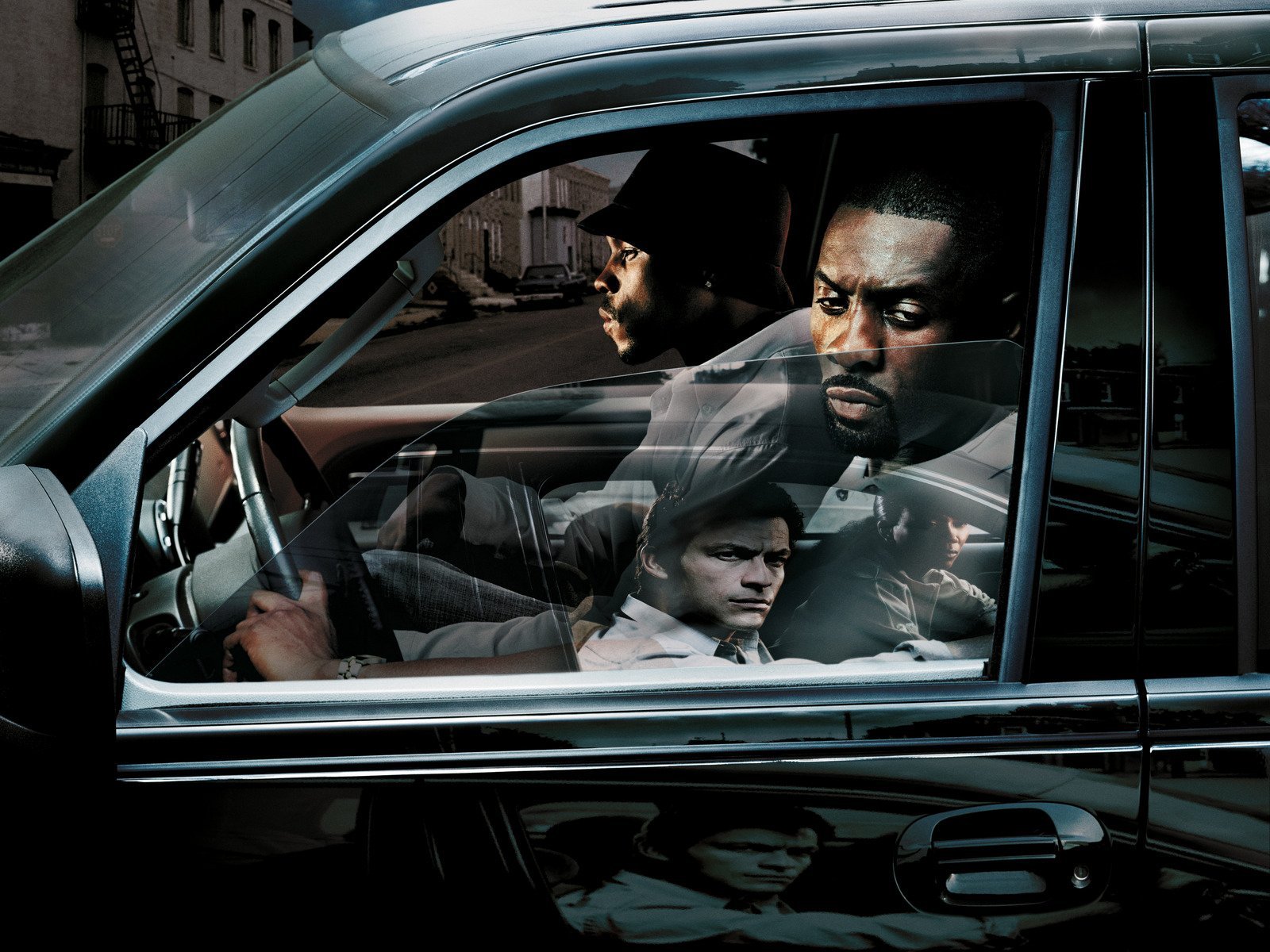 Don’t know where to go for your Wire jones, now that you’ve lost the connect? Here’s a list of further reading—fiction and nonfiction—to help keep your head in The Game:Homicide: A Year on the Killing Streets, by David Simon (Houghton Mifflin, 1991). The book that started it all. In 1987, Simon, a 26-year-old crime reporter at The Baltimore Sun, took a leave of absence to spend 15 months with the Baltimore Police Department’s Homicide Division, a period of time that saw nearly 250 murders in the city. The book is full of anecdotes—and characters—that would later make their way into The Wire as well as Homicide: Life on the Street, the NBC TV series (1993-99) loosely based on the book. Real-life detectives Jay Landsman, Gary D’Addario, Oscar “The Bunk” Requer and Vernon Holley all appear in its pages. Landsman inspired the character of Det. John Munch (Richard Belzer) on the NBC show and lent his name to the squad supervisor played by Delaney Williams on The Wire. Landsman himself had a recurring role as Lt. Dennis Mello, beginning in season two. The story of the ill-fated “Snot Boogie,” as told to McNulty in the opening scene of the first episode of season one, comes directly from the book, related there by Squad Supervisor Terrence McLarney. D’Addario, a Shift Commander in the unit and one of the book’s central figures, appeared in The Wire as prosecutor Gary DiPasquale, who in the final episode turns out to be the long-suspected Grand Jury leak. Simon paid tribute to late Police Commissioner Edward J. Tilghman, who gave him access to the unit, by naming a school after him in season four.

Clockers, by Richard Price (Houghton Mifflin, 1992). The heart and soul of The Wire. After four semi-autobiographical books, Price delved into the lives of cops and corner boys for this novel, which grew out of ride-along research he’d done for his screenplay for Sea of Love. Set in fictional Dempsey, N.J., the book follows Strike Dunham, a 19-year-old drug dealer whose straight-and-narrow brother has been charged with murder. Working the case is Det. Rocco Klein, who’s sure that Strike himself is the culprit. Weighing in at almost 600 pages, the book is startling in its scope, intimacy and sense of reality, driven home by been-there details (a detective tucking in his tie before examining a corpse) and dialogue that feels real but never forced. Anecdotes from the book and Price’s research have frequently ended up in The Wire, often at the request of the show’s co-writers. Price joined the Wire team in season three, penning the second episode, “All Due Respect.” The book was filmed by Spike Lee in 1995.

Land of Opportunity: One Family’s Quest for the American Dream in the Age of Crack, by William M. Adler (Atlantic Monthly Press, 1995). The true story of the four Chambers brothers, “ghetto capitalists” who left rural Arkansas in the 1980s and eventually built a thriving—but short-lived career—as drug lords on the streets of Detroit. Freelance journalist Adler tells the story from their point of view and, though occasionally a little too enamored with their “struggle,” provides a Wire-level insight into their world. The brothers, who are all serving long prison sentences, were recently featured on BET’s American Gangster series.

The Corner: A Year in the Life of an Inner-City Neighborhood, by David Simon and Edward Burns (Broadway Books, 1997). In 1993, Simon took another leave of absence from The Sun to research and write this book with Ed Burns, a former Baltimore detective who became a schoolteacher. It chronicled a year on a West Baltimore drug corner—Fayette and Monroe—and centered around a single fractured family, heroin addict Gary McCullough, his ex-wife (and fellow addict) Fran Boyd, and their teenage son, DeAndre McCullough. Simon and writer David Mills adapted it into an Emmy-winning HBO miniseries in 2000, and Burns would later become Simon’s partner on The Wire. Many of the book’s real-life characters have made cameo appearances on the HBO series. DeAndre played Lamar, Brother Mouzone’s clueless bodyguard/companion, in Seasons Two and Three. Fran Boyd played a nurse in two episodes this season. Last year, she wed ex-con Donnie Andrews, the inspiration for the character of Omar Little, in Baltimore, with Simon and Wire cast members in attendance. Andrews himself played one of Omar’s accomplices in Seasons Four and Five.

Freedomland, by Richard Price (Broadway Books, 1998). Price returns to Dempsey and environs for this story of a white woman who claims her young son was taken from her in a car jacking gone awry. When police lock down the local projects, a black detective befriends the woman in an effort to get at the truth. While its issues differ from the show’s focus, its level of verisimilitude, compassion and sense of interlocking lives puts it firmly in the Wire universe. Filmed in 2006 with Clarke Peters (Lester Freamon) and Domenick Lombardozzi (“Herc” Hauk) in supporting roles.

The Wire: Truth Be Told, by Rafael Alvarez (Simon & Schuster, 2004). A companion volume to the series, written by staff writer Alvarez, synopsizing the first three seasons and offering some behind-the-scenes glimpses. Features an intro by Simon and essays from writer George Pelecanos and others. A notable entry is by Baltimore crime novelist Laura Lippman lambasting the show for its simplistic portrayal of female characters; she’s now married to Simon and had a cameo in the first episode of Season Five.

Drama City, by George Pelecanos (Little, Brown, 2005). Veteran crime novelist Pelecanos’ first book after becoming a staff writer and producer on The Wire. Lorenzo Brown is an ex-con who comes home to Washington, D.C., and tries to stay straight and out of the game, taking a job as a Humane Society officer. At the same time, his parole officer, Rachel Lopez, is struggling with her own issues. Readers will find many parallels between the stories of Lorenzo and Dennis “Cutty” Wise on The Wire (both are based on Pelecanos’ own research). The dialogue and ambience feel like they’re straight out of the show.

The Night Gardener, by George Pelecanos (Little, Brown, 2006).
Transpose the setting from D.C. to Baltimore, change some of the character names, and this is as close to a Wire novel as you’re going to get. A team of homicide investigators (“good po-lice”)—present and past—work the murder of a black teenager, in a case that could tie back to a series of unsolved killings 20 years previous. The pacing, tone and Wire-like sense of detail make this one of Pelecanos’ best.

Lush Life, by Richard Price (Farrar, Straus, Giroux, 2008) Price’s latest. More dead-on dialogue and realistic police work, this time on New York’s Lower East Side. When a bartender is killed in a random late-night shooting, two teenagers—one black, one Hispanic—become the main suspects. The lives of the characters—criminals, cop and victims alike—are interwoven in a narrative that, like The Wire, also tells the story of a neighborhood.