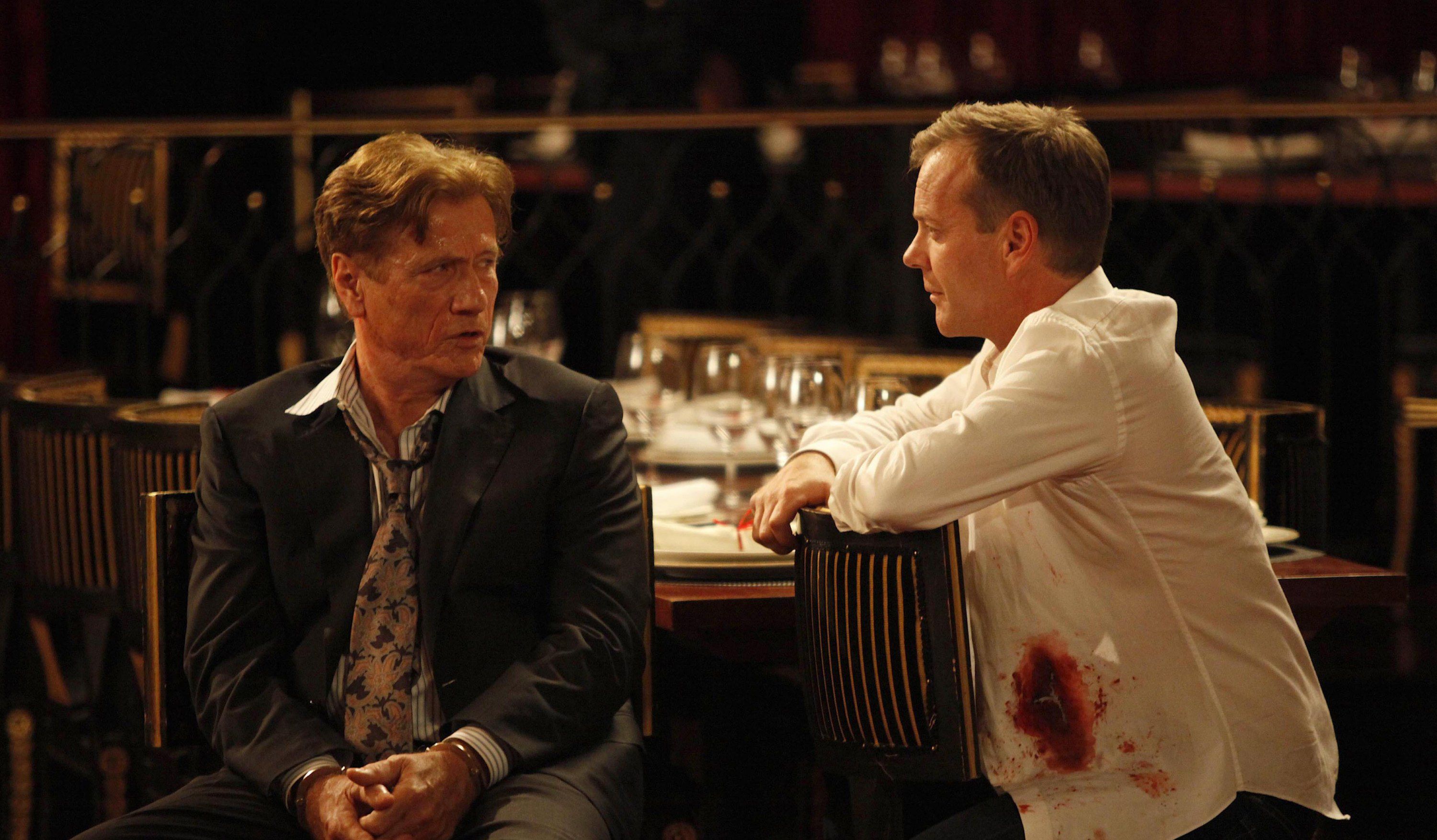 If Kiefer Sutherland’s recent visit to the operating room is any indication, those hypertrophied adrenal glands of his may not be able pump out enough juice to keep Jack Bauer alive for much longer. As we approach 200 TV hours of nonstop, heart-pounding, “real time” action, neither is there any intel left to be tortured out of 24’s hopelessly convoluted narrative. The show’s writers have repeated themselves so many times that by now even the most generous, most deliriously inventive allegorical reading of the series wouldn’t be able to extract much beyond an indecisive libertarian populism. That’s FOX for you.

Every time 24 reveals its textual weave, however, it does still manage to achieve a genuine, almost pornographic thrill. Every single time Sutherland says “nucular,” for instance, I have to ask myself whether it’s an accident or whether it’s a conscious acting decision, a sort of nod to the political regime that gave birth to the series. While it may be tempting to give him the benefit of the doubt (especially considering the dramatic flair and restrained intensity he brought to Flatliners), the decision doesn’t seem justifiable. Jack Bauer speaks fluent German, but he refuses to pronounce the word nuclear correctly?

Similarly, every time Akbar Kurtha (as Farhad Hassan) daintily brushes his Jason Schwartzman-esque hair out of his face, I wonder whether we’re supposed to be reading him as a gay Muslim terrorist. Again, it’s a tempting thought given that the show dared to cast both Dennis Haysbert and, now, Cherry Jones as U.S. presidents. But somehow I doubt that gay Islamic terrorists constitute a creative vision of the future that 24’s eight executive producers (Braga, Coto, Fury, Gansa, Gordon, Grazer, Katz, and Sutherland, according to IMDb) are interested in pursuing.

There are, of course, plenty of other examples of theatrical parapraxis on the show. Whenever Katee Sackhoff purses her lips I wonder if she longs for those halcyon days aboard the Galactica when she was swapping spit with Jamie Bamber (and Michael Trucco, and Callum Keith Rennie). Instead, she’s stuck with Freddie Prinze Jr., who will never, ever be able to scrub the stain of She’s All That off of his acting reel. And whenever Mary Lynn Rajskub, whose credited episode count is second only to Sutherland’s, makes that face like her lactose intolerance is about to get the best of her, I wonder whether the show’s directors let it slide because her character’s Asperger’s Syndrome might endear 24 to fans of The Big Bang Theory’s Sheldon Cooper.

These moments are so gratifying because they do more than just propel us outside the narrative frame of the show, or furnish material for an endless variety of 24 drinking games. By resonating inadvertently with a wider pop-cultural field, they allow the show to transcend not only its own stupidity, but also the demagogy of network television more generally.

Review: The Life and Times of Tim: Season Two