The set of The Christians, a recreation of an American megachurch, is a letter-perfect vision of unflappable holiness. Softly, almost sterilely, lit and pristinely decorated, it comes complete with a live, robed choir and jumbo screens projecting images of heavenly skies and white doves. But the serene environment betrays the turmoil to come.

“We are no longer a congregation that believes in Hell. A radical change: we are no longer a congregation that says, ‘My way is the only way.’ We are no longer that kind of church,” says Paul (Andrew Garman), the soon-to-be-troubled pastor in Lucas Hnath’s play. Paul’s sermon is immediately divisive; his associate pastor, Joshua (Larry Powell), disapproves, and leaves the church along with a few dozen fellow dissenters. But the initial argument around this contention, a theological one, quickly blossoms into broader, more universal concerns: How do we bridge the seemingly insurmountable gaps between our most deeply held beliefs? How do we communicate when we’ve learned to damn those with whom we disagree?

Hnath grew up in an evangelical church and his mother was a minister. Today, he refuses to discuss his relationship with Christianity. It’s a wise choice; to do otherwise would be to undermine the expertly layered levels of contradiction and complexity that make the play compelling for audiences of all backgrounds. In an age of nuance-less soundbite battles and bitter culture wars, The Christians is a rare and instructive antidote.

Indeed, it would be easy—and uninteresting—to paint Paul as a martyr for a cause whose righteousness is a foregone conclusion. Hnath, fortunately, recognizes this and chooses the hairier, more tangled route of making Paul a fallible, deeply human character whose position turns out to be anything but rock-solid. Sure enough, after his initial victory against Joshua, cracks appear in the foundation of his conviction.

In one scene, a timid congregant (portrayed with note-perfect anxiety by Emily Donahoe) expresses the concerns of many during a testimonial in which she further probes the implications of Paul’s message. If there’s no hell, she asks, then where do murderers go when they die? If there’s no punishment for wrong-doing, then why should we be good? And why did Paul choose to disclose his revelation now, just after the megachurch, 20 years since it began as a tiny storefront operation, has finally paid off its debt? Had he withheld his true beliefs until after he’d solicited the money he needed from the loyal congregation?

Paul’s answers to these questions prove insufficient, and as his followers’ numbers decline further, so do the church’s coffers. Paul finds himself increasingly isolated, and the final nail in his coffin is driven in by his wife, Elizabeth (Linda Powell). Silent for the entire play up until this point, she finally speaks up, rejecting his views on hell, accusing him of selfishness for acting without consulting her, and, ultimately, leaving him. This, more than any loss he’s suffered so far, seems to knock the wind out of him.

Paul is surely broken at this juncture, but Hnath, miraculously, doesn’t present this as a teachable moment—nor does he use it to demonize the pastor’s detractors. Unlike classic man-against-the-establishment dramas, such as Ibsen’s An Enemy of the People, the sides in The Christians are never clearly right or wrong, no players obviously driven by cynicism or politics or greed. “I’m doing what I think God has told me to do,” Paul tells Elizabeth. To which she responds: “Me too.”

This, precisely, is the maddening and inscrutable quality of faith: its earnestness. And as The Christians reaches its conclusion, we’re poignantly reminded, through Paul, speaking in a whisper to himself, of the tormenting circularity of its logic: “I believe what I believe because I know it is true—but why do I know it’s true?—it’s a feeling. And where did that feeling come from?—God. God put it there—but how do I know it’s God that put it there?—I know it’s God because I believe God is there—but how do I know God is there? because there’s a feeling he put inside of me…”

Paul’s soliloquy encapsulates the spirit of The Christians as a whole: frustratingly answerless, but no less powerful and true.

Melodrama for the Anti-Capitalist Crowd: A Public Reading of an Unproduced Screenplay About the Death of Walt Disney at Soho Rep 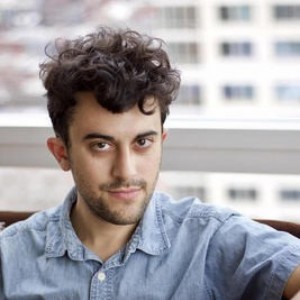 Scenes from the Elemental: Antigone at BAM