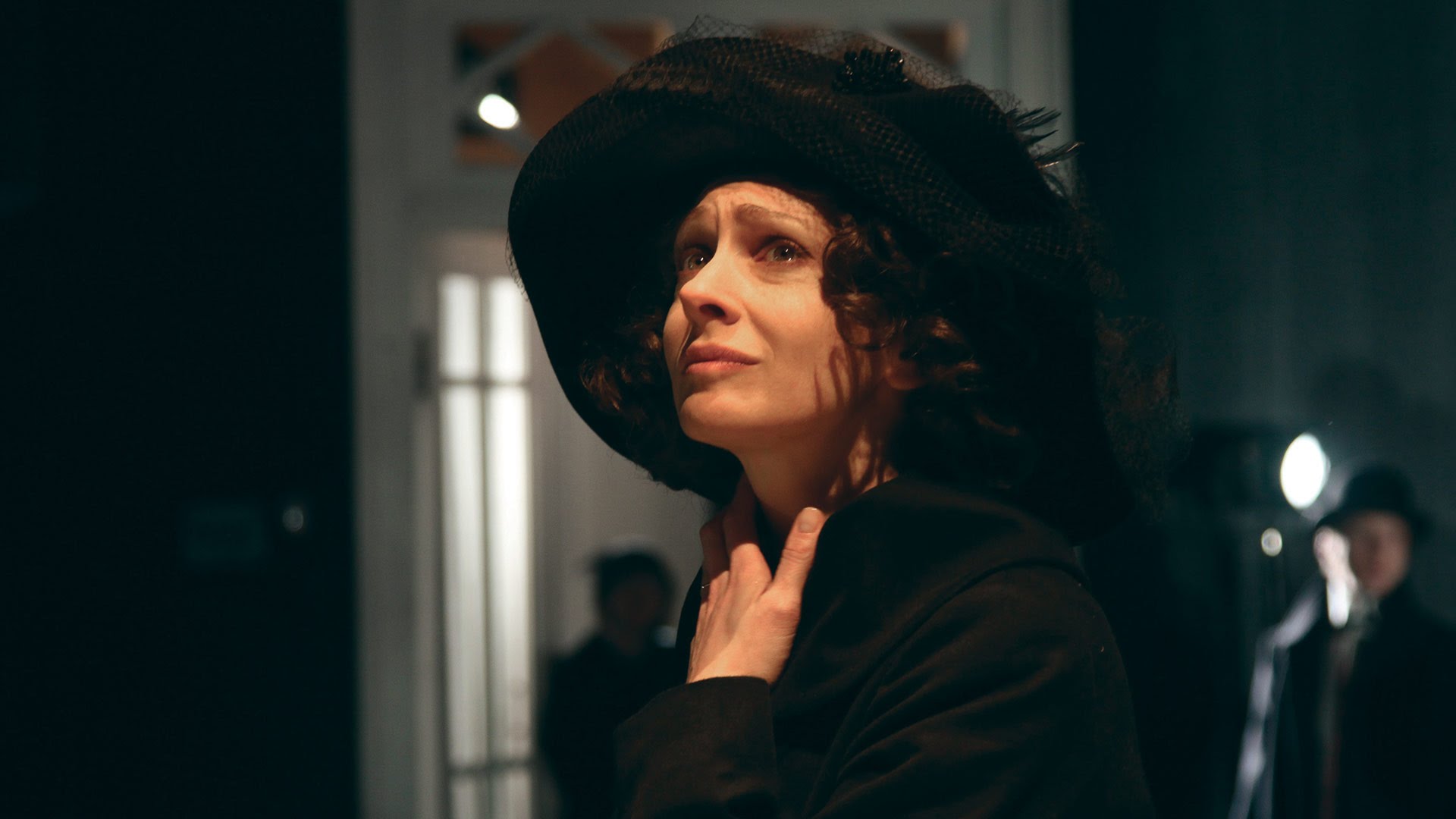 Anton Chekhov’s characters have a hard time seeing the forest for the trees. They fill their field of vision with fever dreams of passion or progress, which blur their ability to get a clear-eyed view of anything else. In The Cherry Orchard, Lyubov fritters away the chances she has to control the fate of her family’s estate and finances by acting globally, with plans to rejoin a wastrel in Paris, and thinking locally, by mooning over memories of ecstasy and tragedy. Even former peasant Lopakhin, who fixes on a smart and ultimately successful business plan for the estate, muffs his promising romance with Varya, Lyubov’s adopted daughter, due to a crush on Lyubov herself, set in motion decades earlier when he was just a child.

Most productions of Chekhov’s plays follow the same pattern as their characters. The stage gets filled with airy ideas, but the playwright’s greatest achievement, a grounded vision of a people and culture seen whole, is nowhere in sight. The St. Petersburg-based Maly Drama Theatre production, especially at the start, falls prey to that pattern. But it presents a garden of theatrical delights. The theater’s seats in the front orchestra section are covered in linen, just like the pieces of furniture lined up in front of the stage. The image can be taken literally. Parts of the home have been covered while Lyubov was away. It also implies that the battle for the estate has already been lost, with the family’s storied past ready for a yard sale. Lyubov and the family members in her care have essentially been rendered homeless by her heedless emotionality. Director Lev Dodin underlines this conceit by keeping the stage bare. For all intents and purposes, there’s no house anymore.

Much of the action takes place in and around the audience, implicating us in the characters’ acts of self-delusion. The empty stage is eventually cut off by a sheet unfurled near the proscenium’s edge by Lopakhin to show home movies he’s found of the family’s glory days and a pre-PowerPoint demonstration to pitch his entrepreneurial plan to transform the estate into a housing development. He also creates a shadow play by putting his hands in front of the projector, “caressing” and capturing images of the young Lyubov cavorting in the orchard.

Moments like these exhilarate, but the first half lacks clarity and momentum. We don’t see The Cherry Orchard for the directorial treats. Dodin has cut the text down and moved some of it around, and while this may keep the production from feeling hokey, it’s still awfully pokey. Geography’s difficult to discern. Minor questions of what room we’re in give way to confusion over whether we’re even inside or out. Most damaging, the grief and passions of Ksenia Rappoport’s Lyubov seem superficial, and Dodin doesn’t provide enough context to help us judge whether the limitation is intended.

To Dodin, it’s Lopakhin’s play. He gives his actor, Danila Koslovskiy, the keys to the production and lets him take charge the way his character does—and by any means necessary. He proffers his development plans for the estate to his beloved Lyubov like a cat offering a dead mouse to his master. When she recoils in disgust, he goes ahead without her involvement like a spurned lover. In the production’s biggest shift from standard practice, Lopakhin’s connection to Varya is increasingly sexual, perhaps in substitution for her adoptive mother. Koslovskiy keeps us on his side by helping us feel the ebbing of the willful entrepreneur’s sensitive soul.

The production’s bracing final moment, in which the servant Firs discovers he’s locked in the house, is a coup de theatre. Throughout their careers, Dodin and his designer, Aleksandr Borovsky, have proved themselves consummately adept at creating stage pictures that provide dynamic insights. In The Three Sisters, their most recent production to visit BAM, a façade of the family’s house stood upstage. We could see action through the windows, but most of the scenes were staged in what we considered to be the porch and lawn area. With each act, the façade was moved closer to the audience, with the action taking place increasingly inside. We experienced the encroaching sense of imprisonment along with the sisters, whose motto of hopeful escape (“To Moscow”) grew more and more desperate and ironic. The rest of the production matched and supported the brilliant conceit.

The Maly Drama Theatre’s Cherry Orchard is comparatively diffuse, cluttered, and ham-fisted. A final filmed coda on the character’s fates presents a morbid version of a fatal curtain call. It falls between the stools of gallows humor and political commentary. In one of the most famous stage directions since Shakespeare’s “exit, pursued by bear,” Chekhov proscribes a sound effect “as if falling from the sky. A sad sound, like a harp string breaking.” Dodin turns this odd, disquieting moment into an obvious, everyday screech of a siren. And late in the production, which had until then been period-appropriate, Lopahkin returns for a victory lap, singing “My Way.”

Dodin does this Cherry Orchard his way. If his distinctive vision is occasionally clouded this time out, it’s enhanced by sounds at the opposite end of the spectrum from harp strings. The Maly Drama Theatre troupe presents this final work of one of its country’s greatest creative masters in its original tongue. The most high-profile productions of Chekhov to play here in the past decade have featured Anglo actors in Anglo translations. It’s usually seemed “classic,” in a clipped and proper mode. Russian, with its five vowel sounds in contrast to our 12 (not to mention our eight diphthongs) and no differentiation between long and short vowels, sounds more earthy, lending a welcome sense of a primal urgency. The play’s last word, which belongs to the decrepit and trapped Firs, translates as “locked.” With our long vowel sound, it usually comes off as plaintive. Here, it’s a guttural indictment which lands like a punch to the gut.

Anton Chekhov’s The Cherry Orchard runs through February 27 at the BAM Harvey Theater.