Let’s make one thing clear right off the bat: I am Mac’s ideal demographic. I own one of everything: a laptop and desktop, several iPods and an iPhone. So it wasn’t a matter of if I was going to get an iPad, but when. Aside from the relentless abuse I was taking from PC friends about the name of the product, as soon as Steve Jobs made the announcement, everyone wanted to know, “What are you going to do with it?”

I’ve had the iPad for five days now and what I’m doing with it is reading. Reading a lot. I’ve actually stopped watching television, apart from what I can watch on the iPad, because the news I might have left on as background noise I can now bring up quickly via several different apps. I’ve been reading with it at night before going to sleep too. I especially like that, unlike email and e-books on my iPhone, the screen aspect locks because I can read on my side more easily than with a real book. And even Kindle has an app for the iPad, which means the library that had previously been in my iPhone is available in full-page size. The iBook app has a gorgeous display, but the library offered is still pretty small, so the Kindle app has the benefit of offering a lot more of what I want to read…900-page sci-fi epics. It’s certainly easier to haul Anathem—or the entire Neal Stephenson oeuvre—around in this format.

What television I actually am watching is via the web—sadly, not on Hulu (I wish they’d fix the issues they have with Flash already), but through networks’ dedicated apps, or through a streaming Netflix account I already had. In fact, I can get a lot of the shows I would have watched through Hulu, so that workaround is a good one, if not free.

The apps designed for the iPad are really gorgeous, most with beautiful displays and animations. But some of them need to be launched multiple times before they run (Weather Channel, I’m talking about you), which sucks when you want to show someone how cool the app is, only to have it crash. Several times. And as a Mac user, I don’t like to give my PC friends additional ammo with which to criticize the brand and products I’m always raving about.

Then there’s the issue with WiFi. I wish the iPad would lock onto the signal once I’ve selected one, but this has really only worked at home where I have a dedicated, protected network. And even there, it sometimes reads like my network is weak even when my laptop or iPhone says it’s not. But when I’m out and about and I don’t want to access the web, it’s great for waiting and reading or playing games. I can see spending entire flights entertaining myself with the iPad, rather than hauling out the laptop. I’ve run it all day and still had battery left to spare, so I’d expect long flights won’t be an issue either. It might actually be an improvement given the weight of the laptop—and I can fit this in my bag, which is good for carry-on restrictions.

The iPad isn’t going to replace my laptop any time soon for work-related tasks, like writing papers or creating PowerPoint presentations, though including Mac’s program Pages/Keynote/Numbers implies that it wants to. For now, the easiest thing is for me to go back to the laptop for that. Which isn’t to say I might not try it in the future, but just not yet. At $600, I’m in it for the long haul, but it’s kind of like moving in with someone: There are things I won’t give up (Word, Adobe, Garmin) and things it won’t give up (Mac-only office products, lack of Flash); one of us will have to give, I just don’t know who will be first to compromise. 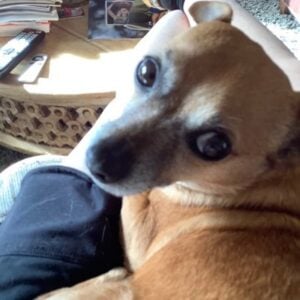 The Diatribe is a snowboarder, backpacker, and sci-fi fan.