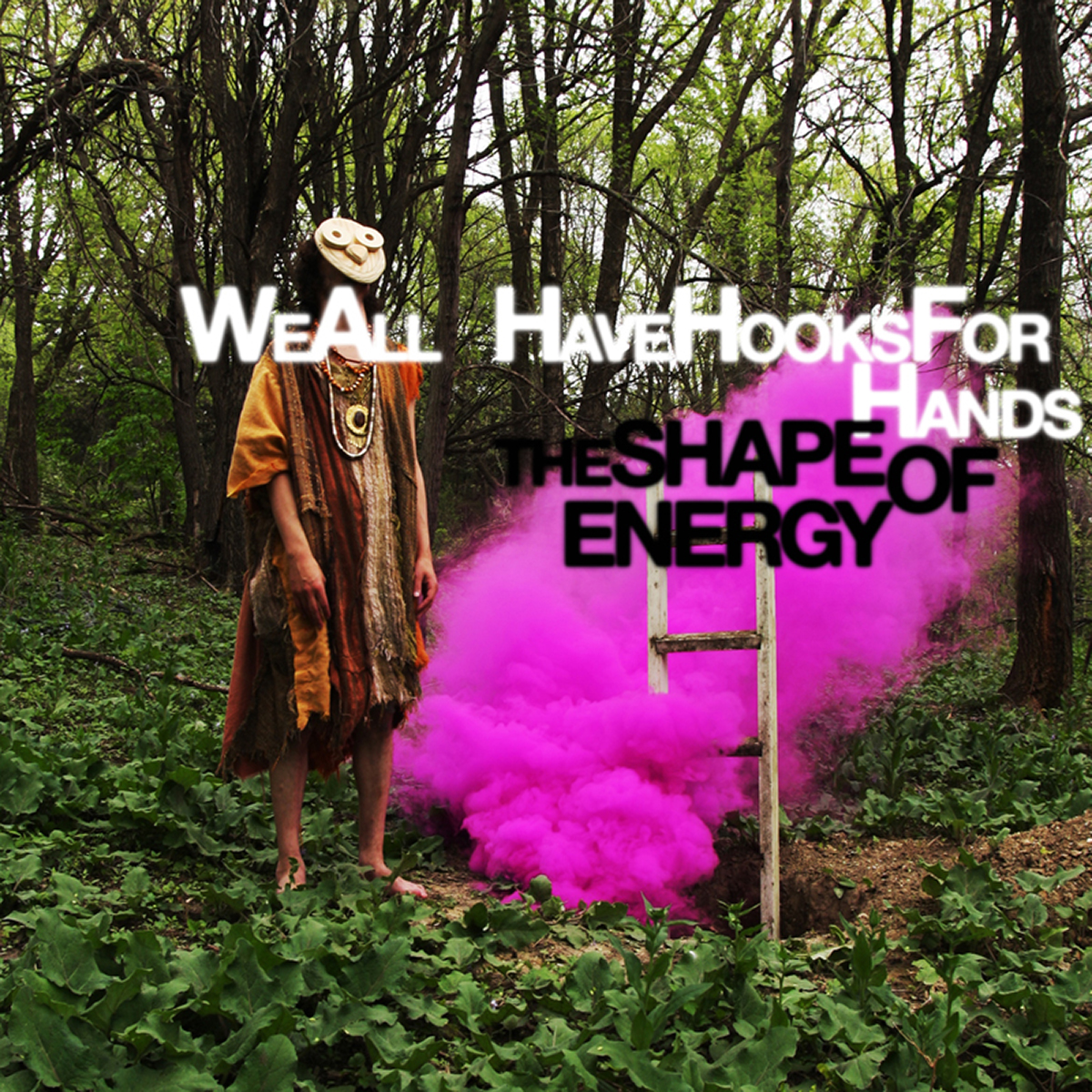 If one wasn’t paying attention, a cursory listen to We All Have Hooks for Hands’s sophomore release The Shape of Energy would lead to all sorts of unsavory conclusions. What with their loose, kicky saunter and howling alterna-swagger, it’s easy to assume the South Dakotan septet is a graduate of the same tired school that produced such breathlessly hyped “It” bands as the Strokes and Arctic Monkeys. Thankfully, repeat listens reveal that there’s more sincerity at play than the primped-twentysomethings-faking-genius-behind-their-instruments image would suggest. Indeed, Shape of Energy sounds less like a bunch of strutting Urban Outfitter hipsters than it does some unruly kids with nothing to prove and nothing on their minds but musical horseplay.

The unpretentious abandon is established early and often, mostly by a helping of punch-drunk pop that the band itself can hardly contain. The components of “Be Love, Be Wild” (a halting percussion, a gasping horn section, a muddied guitar line), for example, are barely held together by their weakened seams even as they continue to split. Elsewhere, the jumbled offerings are topped off by the nasal, binary warbling of band members Eli Show and Tim Evenson, who lead the tick-tocking thump of “Made Up of Tiny Lights” like tweens singing heedlessly into their mirrors. Before We All Have Hooks for Hands is done with their sonic fingerpainting, there’s screeching fiddles (“Records a Stone”), a brassy sing-along (“Sea That Holds You”), and a fuzzy, catchy sendoff (“Something to Live For”), proving that, while Shape of Energy isn’t some collection of piss n’ vinegar rock brilliance, it’s a good amount of fun.