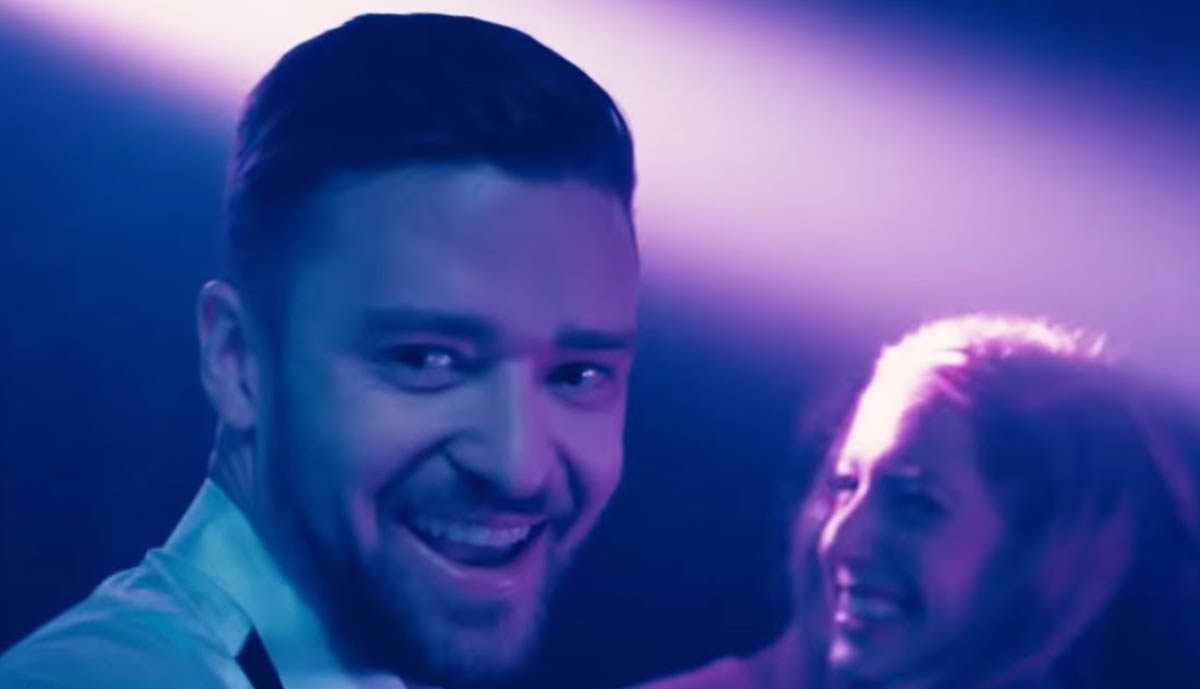 Justin Timberlake gave fans the opportunity to unlock the music video for “Take Back the Night,” the first single from his upcoming release The 20/20 Experience (2 of 2), via Twitter early this morning. By tweeting “TakeBackTheTN,” viewers are treated to a virtual tour of New York City along with other interactive “exclusive content.” According to the singer’s publicist, the video “harkens back to the days when nightlife ruled the city and beckons everyone within earshot that the night holds endless possibilities.” (Including rape, apparently. Earlier this month, the former ‘NSync member claimed he was unaware that his new single’s title was also the name of a foundation dedicated to stopping violence against women.) Directed by Jeff Nicholas, Jonathan Craven, and Simon McLoughlin, who also helmed Timberlake’s racy “Tunnel Vision,” the new video finds Timberlake donning an ugly button-down that resembles a bullet-proof vest, strutting through Chinatown, mixing with the little people at a club, and performing at Yankee Stadium.

The Birth of a Maverick: D.W. Griffith’s Intolerance