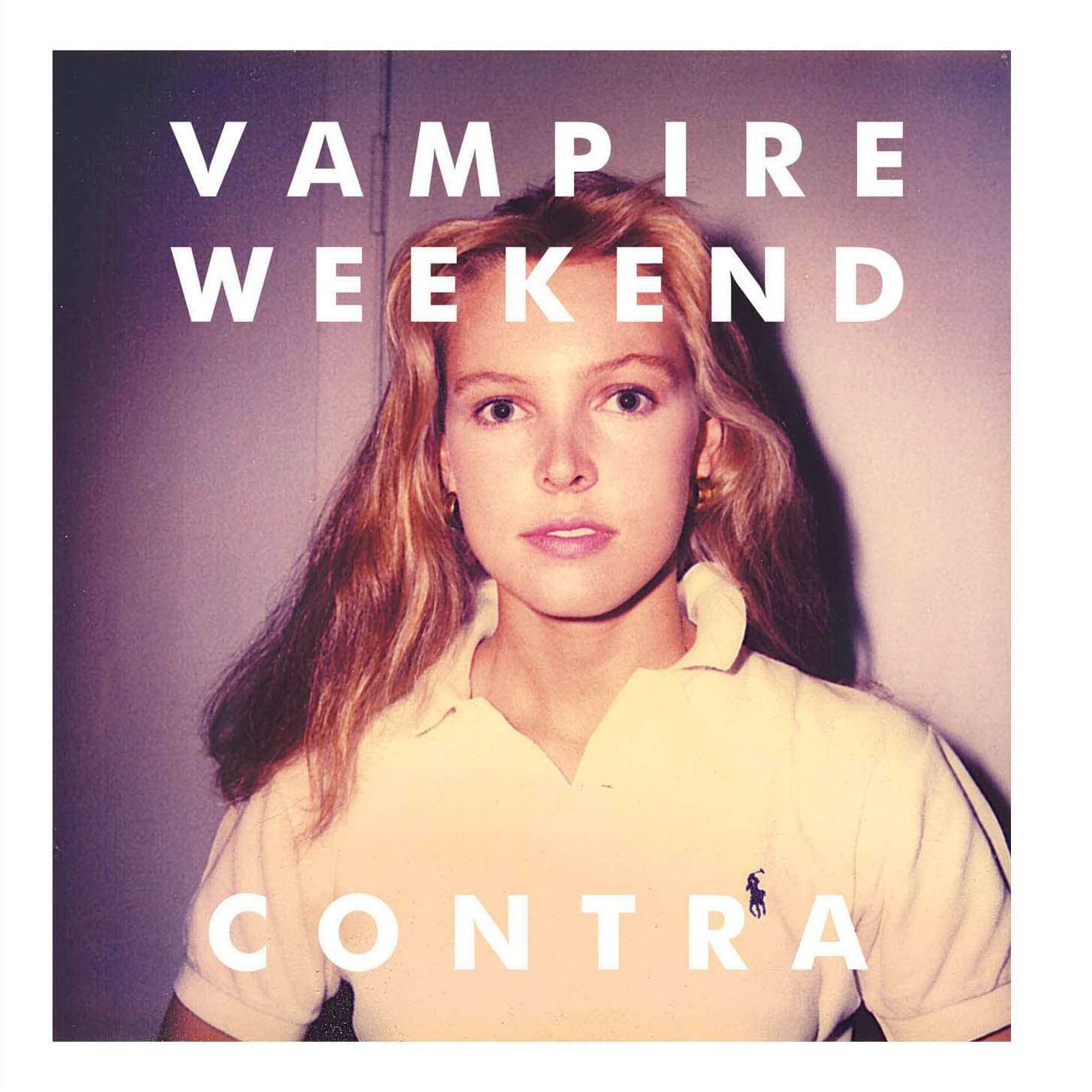 If New York quartet Vampire Weekend’s self-titled debut represented the meteoric launch of an innovative world-indie genre (a hybrid of post-graduate lyricism, pop sensibility, and various African and Latin flourishes), their sophomore effort, Contra, brings it gracefully back to Earth. As clever with crafting blithe rock melodies as they are with smoothly assimilating dozens of ethnic influences into their songs, Vampire Weekend uses Contra to bring soul to their scholarly, multicultural fusion, grounding the heady sound in a world-weary sentimentality.

Both the cultural and academic touches remain, of course: Opening track “Horchata” borrows both its title and tone from the sweet, milky Latin American drink, alternating between Brazilian percussion and marimba-like flourishes while leadman Ezra Koenig randomly discusses wearing Sandinista-esque balaclava headwear and bottles of Aranciata water. Even the twitchy, drum-n’-bass-driven “Giving Up the Gun,” the band’s most pop-friendly effort yet, still makes time to name-drop Japan’s Tokugawa era.

Still, while Koenig rarely shies away from scholastic lyricizing, Contra succeeds apart from its cultural asides and college textbook hat-tips. As is their penchant, Vampire Weekend perfectly mixes the best and breeziest parts of world music with a unique brand of manic, melodic wonder. Indeed, despite Koenig’s attempts to cram as many globe-trotting references into “California English” as possible (citing everything from Philly cheesesteaks to Saudi television to carob desserts and The French Connection), the song bubbles with an irrepressible joy, culminating in a streaming, swirling refrain of torn strings and muted guitars. “Please don’t lose your faith in the good Earth,” the vocals plead, lending the track a heart to go along with its brain.