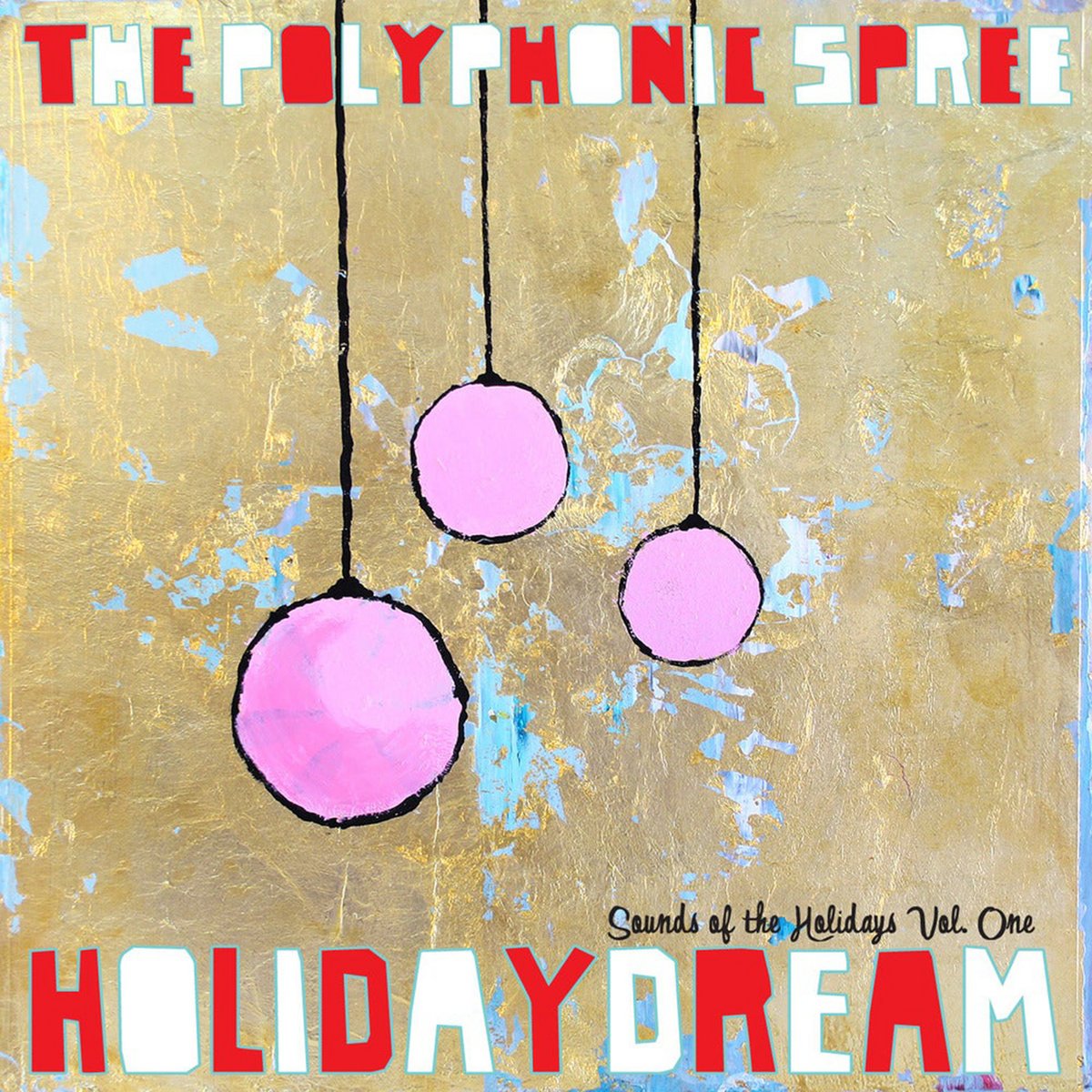 This year’s most interesting Christmas album will likely be the Polyphonic Spree’s Holidaydream: Sounds of the Holidays Vol. One, which plays with the idiom in rather bold ways. It’s an album replete with twinkly charms, Technicolor wintry soundscapes evoked with the band’s traditional mix of harps, horns, and free-floating flute. The 13 songs here are awash with ethereal vocal harmonies over textures like whale songs in the Sigur Rós vein.

This approach may sound like neo-hippie silliness, but it’s nice to hear a Christmas album that actually evokes the stomach-fluttering of childlike, snow-blanketed wonder. The songs work best when wrested free of the Norman Rockwell formalism of the original versions: Tim DeLaughter’s straight, if twee, renditions of “Chestnuts Roasting” and “White Christmas” aren’t nearly as interesting as the trippy arrangements of “Winter Wonderland,” “Do You Hear What I Hear,” and “It’s the Most Wonderful Time of the Year,” beautifully orchestrated reinterpretations that dispense with the original song-structures in favor of swirling, hazy excursions and extended handbell solos. Bing Crosby must be pinwheeling in his grave.

If all of this sounds terribly secular-humanist, that’s because it is. The only nod to the babe in the manger is a hasty line in “Carol of the Drum (Little Drummer Boy),” a song that can easily double as an instrument of torture, but which is actually listenable here. Likewise, the band’s cover of John Lennon’s “Happy Xmas (War Is Over)” goes down smooth, a Magical Mystery Tour-style babbling from the brass section lending the whole thing a proper air of grandeur. The album’s highlight is “Silver Bells,” which flaunts the Spree’s virtuosic sense of pacing and dynamic play. Here, DeLaughter comes off like Jon Anderson over soakings of reverb and the occasional crunch of a faraway guitar. The song rewards repeated listening, but unless you’re spiking the punch with a sunshine blotter, you might find yourself terribly bewildered by what this DeLaughter character has done with the old chestnuts.

Most Christmas albums offer an experience like opening a gift in front of your grandmother and thinking to yourself, “But I already have this.” That’s certainly not the case here—not with so many airy digressions and worthy basslines. The musical ideas on Holidaydream are notably original. They float with delicacy, leaving an impression like a snow angel—precious, a little sad, and bound to fade all too quickly.