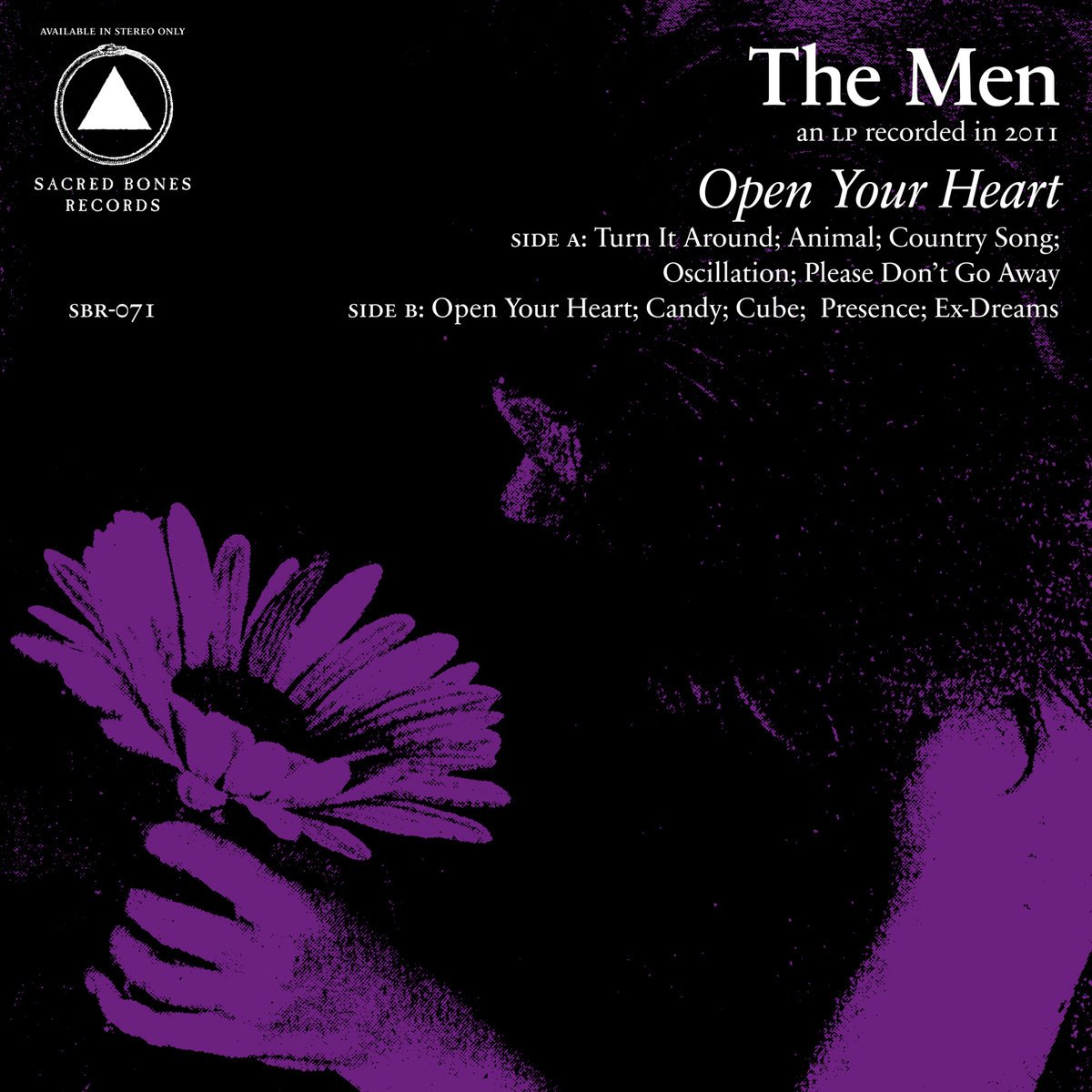 It’s a shame that bloggers still haven’t learned how to talk up a promising young rock band without constructing the entire critical conversation around the self-evident importance of dudes with dicks playing guitars. The hype surrounding Brooklyn’s latest rock export carries a distinct whiff of the locker room, and not just because the dudes in question call themselves the Men. Though Open Your Heart is a far tamer trip than the Men’s previous effort, it’s still earned the group high fives for injecting testosterone into indie and reasserting the fearsome carnality of the guitar while so many of their peers are effeminized by the sampler and the synthesizer—as though they didn’t give the same party-crasher plaudits to Girls, WU LYF, Ice Age, and at least a dozen rock acts last year (though in fairness, the most formidable indie axe-slingers of 2011, Wild Flag and St. Vincent, carry too many X chromosomes to fulfill the exact niche that most of these writers have in mind).

Apparent sexism notwithstanding, making the Men sound like they emerged spontaneously from the primordial loins of rock itself is just lazy, taking an easy angle when it would be more accurate and insightful to give the Men their proper place in the rather terrific constellation of hard- and harder-rocking indie bands working today. Because the Men are worth getting excited about, and for reasons that have nothing to do with the fact that lots of music writers are digging acts like Grimes and the Weeknd right now. Just last year, on Leave Home, the Men were trading in a dense, psychedelic brand of post-hardcore that wasn’t too far removed from what Canada’s Fucked Up had been doing for a good while, while Open Your Heart shows off a hugely expanded range of influences and an unerring sense of pacing.

The album’s twin pillars are “Oscillation” and “Presence,” each over seven minutes in length with only a few sung lines between them. What appears from the tracklist to be typical art-rock curveballs are actually two of the most compulsively listenable songs on the album, particularly the former, which sounds like Sonic Youth in an exceptionally good mood, its layered harmonics and giddy solos channeling some of the cheerful virtuosity that made Yuck’s Yuck so addictive. The ringing pedal-steel guitar of “Presence” gives a suitably epic finale to the album’s trio of country-tinged tracks; like the ambling “Country Song” and the fascinating AM-pop hybrid “Candy,” it sees the Men shoring up their bar-band credentials by pulling dreamy acoustic progressions out of their seemingly bottomless barrel of riffs.

And yet, when the Men set out to bring the noise, they prove as capable as ever. Moshable songs like “Animal,” “Cube,” and the title track may not be as original or as endearing as their more progressive company, but they add a sense of volatility to the album as a whole, and make it easier to welcome the languid, spacey stuff as a reprieve from all the punky teeth-gnashing. When the Men are most successful at combining these two sensibilities, as on “Please Don’t Go Away,” you could almost swear you’re hearing a great lost single from the heyday of college rock—like something the Replacements or the Pixies might’ve done just as they began their respective alt-rock normalizing processes. The Men’s pop sensibility isn’t especially conventional, but it’s still discernible, not so much in the album’s refrains as in the profusion of guitar leads so melodically satisfying you can get them stuck in your head without the aid of lyrics.

For all the praise showered on Open Your Heart by rock purists, there’s nothing particular pure about the version of rock that it ascribes to. Its overtures to pop and country on the one hand, and krautrock and post punk on the other, are hardly the type of thing you’d hear from the Strokes, or even the Horrors, though that’s closer to the mark. While its title counsels open-heartedness, the Men’s latest is, like so many breakthrough albums, a testament to the power of open-mindedness.