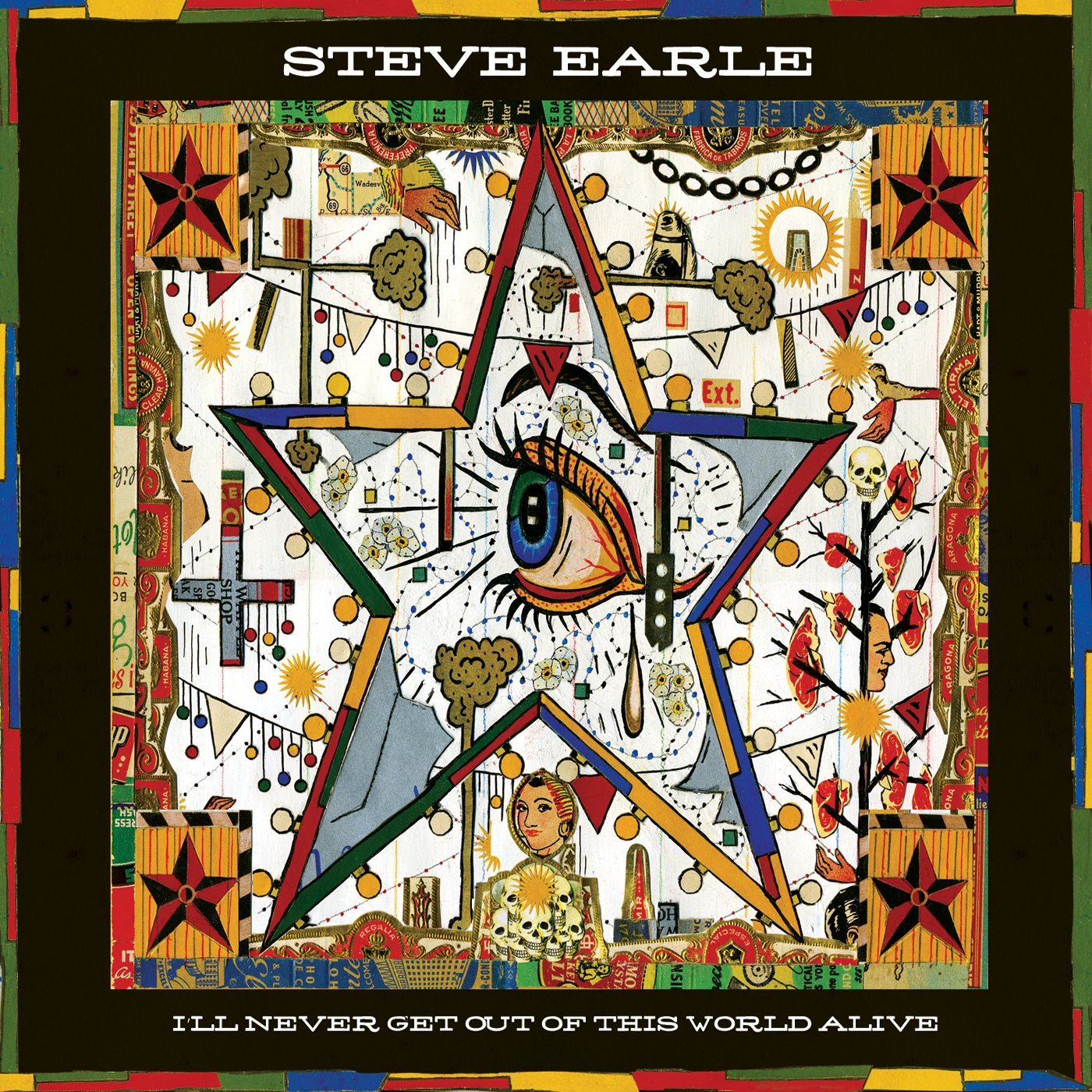 Too rowdy and too outspoken in his liberal politics to make a huge dent as a country music star, Steve Earle has worked hard to perfect his image as one of Nashville’s true outsiders. Though that’s led to some heavy-handed political songwriting over the course of his career, Earle’s latest, I’ll Never Get Out of This World Alive, drops the shit-stirring and the outraged screeds. Focused as it is on more personal and more broadly humanist songs, the album is Earle’s finest in years.

“Waiting for the Sky” sets the tone right out of the gate. The song’s imagery is straight from the Cold War, but Earle uses images of bomb shelters and warning sirens in the context of a compelling first-person narrative rather than the second-person diatribes he wrote so many of during the Bush era. With its rollicking country shuffle and sing-along melody, “Waiting” also happens to be one of the catchiest songs in Earle’s extensive catalogue.

Though he lapses into some of his recent habits on “Little Emporer,” which includes a dated “shock and awe” reference, the majority of the songs here find Earle turning his keen observational eye to matters of the heart. He duets with his wife, the extraordinarily gifted Allison Moorer, on “Heaven or Hell,” a mood piece that plumbs a well of conflicting emotions as the singers decide whether or not to continue a relationship. Earle has never been one to shy away from heady, difficult conflicts, and on “Meet Me in the Alleyway” and “God Is God,” he puts all of his fight into personal issues. I’ll Never Get Out of This World Alive isn’t some soft coffeehouse album by any means, but it’s a reminder of Earle’s uncommon sensitivity.

Like so many other troubadours of his ilk, Earle can often lapse into the staid, self-serious drudgery of Americana conventions. But the album impresses for its diverse production. Lead single “Every Part of Me” is a tender, spare love song that is as moving as anything Earle has ever recorded, while “Molly-O” is a right and proper Celtic-folk number. But Earle is at his best on raucous cuts like “Little Emperor” and “Meet Me in the Alleyway.” And if not at his absolute peak, I’ll Never Get Out of This World Alive is still easily the best album he’s recorded since Bill Clinton left office.