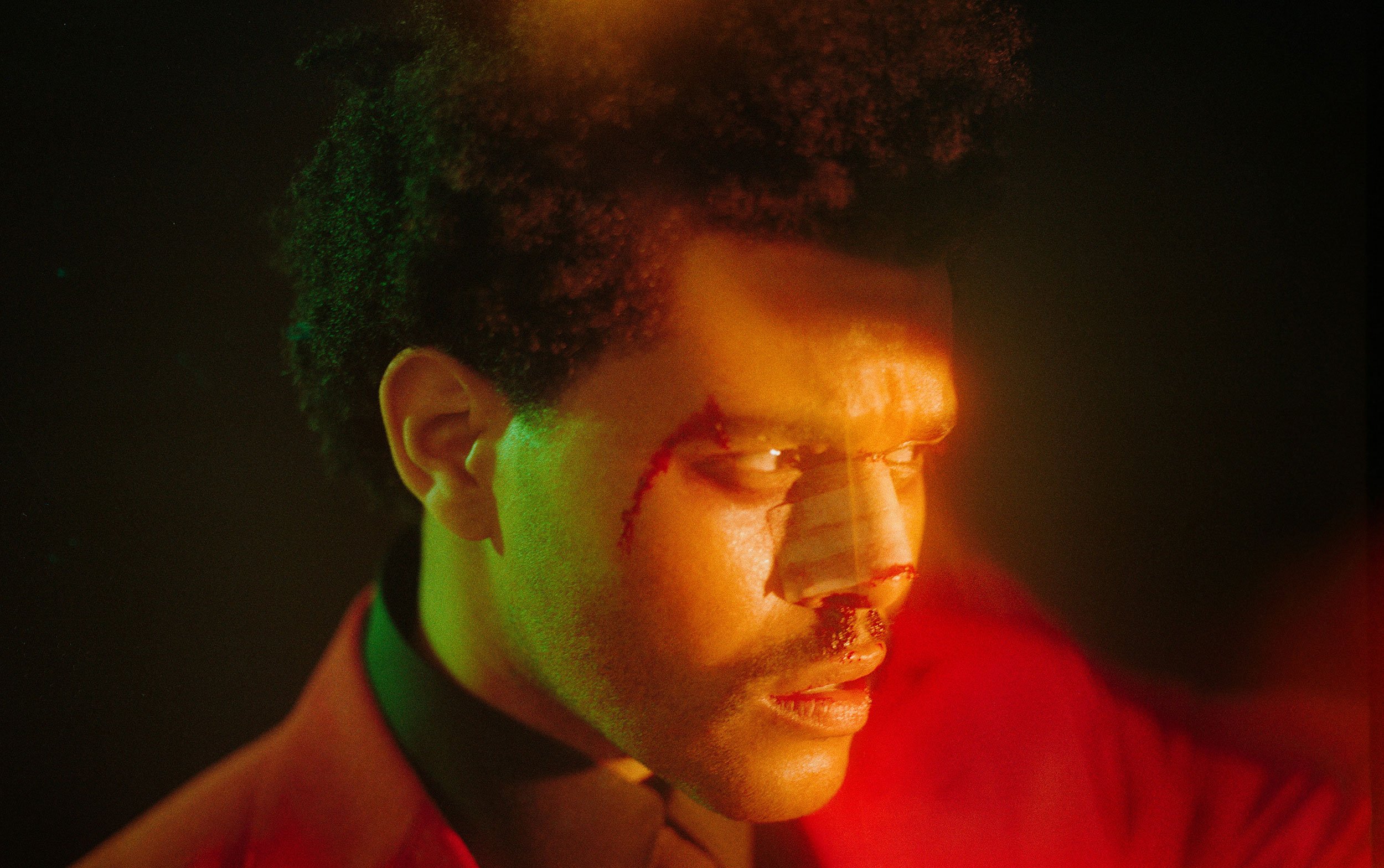 The Weeknd’s music has, to this point, focused on three major subjects: having sex, doing drugs, and having sex on drugs. Despite the ostensible physical pleasure of these activities, Abel Tesfaye’s vocal delivery and sonic landscapes have often felt anhedonic. He writes about chasing pleasure not for the thrill, but out of habit, like a dog chasing a car—best exemplified by his hit “Can’t Feel My Face,” a galactic love song about getting so high that your emotions shut down. The Weeknd’s fourth album, After Hours, is reportedly a chronicle of Tesfaye’s on-again, off-again relationship with model Bella Hadid, and he straight-facedly embraces vulnerability like never before, resulting in his most personal album to date.

Though his work is pop-oriented, Tesfaye has always been willing to chase wild hares. On After Hours, he collaborates with electronic artist Oneohtrix Point Never, né Daniel Lopatin, who composed the score for the Safdie brothers’ Uncut Gems, in which Tesfaye was featured. Lopatin worked on three tracks here, but his influence is palpable throughout the album, as Tesfaye embraces the type of crystalline electronica Oneohtrix Point Never is famous for.

On the standout “Hardest to Love,” Tesfaye delivers one of the most affecting vocal performances of his career over a glitchy pop soundscape. The song’s lyrics are direct: “I’ve been the hardest to love/You’re tryna let me go,” shouldering the blame for a relationship’s demise. The song’s catchiness belies its melancholy, a sophisticated combination that’s a testament to Tesfaye’s depiction of a relationship that results in a confusing morass of emotions that we seldom process them in a linear fashion: anger, sadness, gratitude, elation, loneliness. On this song and throughout After Hours, Tesfaye navigates these conflicting emotions in a way that captures the experience of being lost in that swirl.

Elsewhere, “Scared to Live” displays the grandeur of a pop ballad, with a swooning earworm of a chorus and lyrics that tenderly reflect on a past love, and with a maturity that comes only with hindsight. The song nearly edges into schmaltz, but it’s full of surprises, including a nod to Elton John’s “Your Song” that’s so well integrated into the chorus it’s easy to miss.

Of course, since this is an album that deals with a troubled relationship, not every song is a magnanimous, gentle reverie. “Save Your Tears” revels in spite, flaunting how over-it Tesfaye is in front of his ex while teasing the possibility of reconciliation. Tesfaye’s distinct brand of R&B consistently draws from other genres, but hearing him embrace a straight-up synth-rock sound here is an exciting change of pace. “Repeat After Me” is grimly comic, with Tesfaye repeating, “You don’t love him/You’re just fucking/It means nothing to me,” before later adding, “You’re thinking of me.” Lopatin’s spare production and the cyclical pattern of the lyrics make it clear that he’s trying to convince himself.

After Hours, the first Weeknd album to feature no guest vocalists, isn’t completely divorced from Tesfaye’s usual themes, as he turns to substances to assuage his feelings. Lead single “Heartless” is a dark fantasy about driving too fast and engaging in joyless sex while experiencing amphetamine-driven nausea, while the chilling “Faith” chronicles a codependent relationship that leads to a drug-fueled emotional collapse. The song’s centerpiece is a ghoulish fantasy of two people enabling their worst impulses: “If I O.D., I want you to O.D. right beside me.” Tesfaye sings the line in a tone that can best be described as disastrously triumphant, which is also a fitting description for the album as a whole.

Review: Dua Lipa’s Future Nostalgia Is a Euphoric Escape Hatch to Pop’s Past