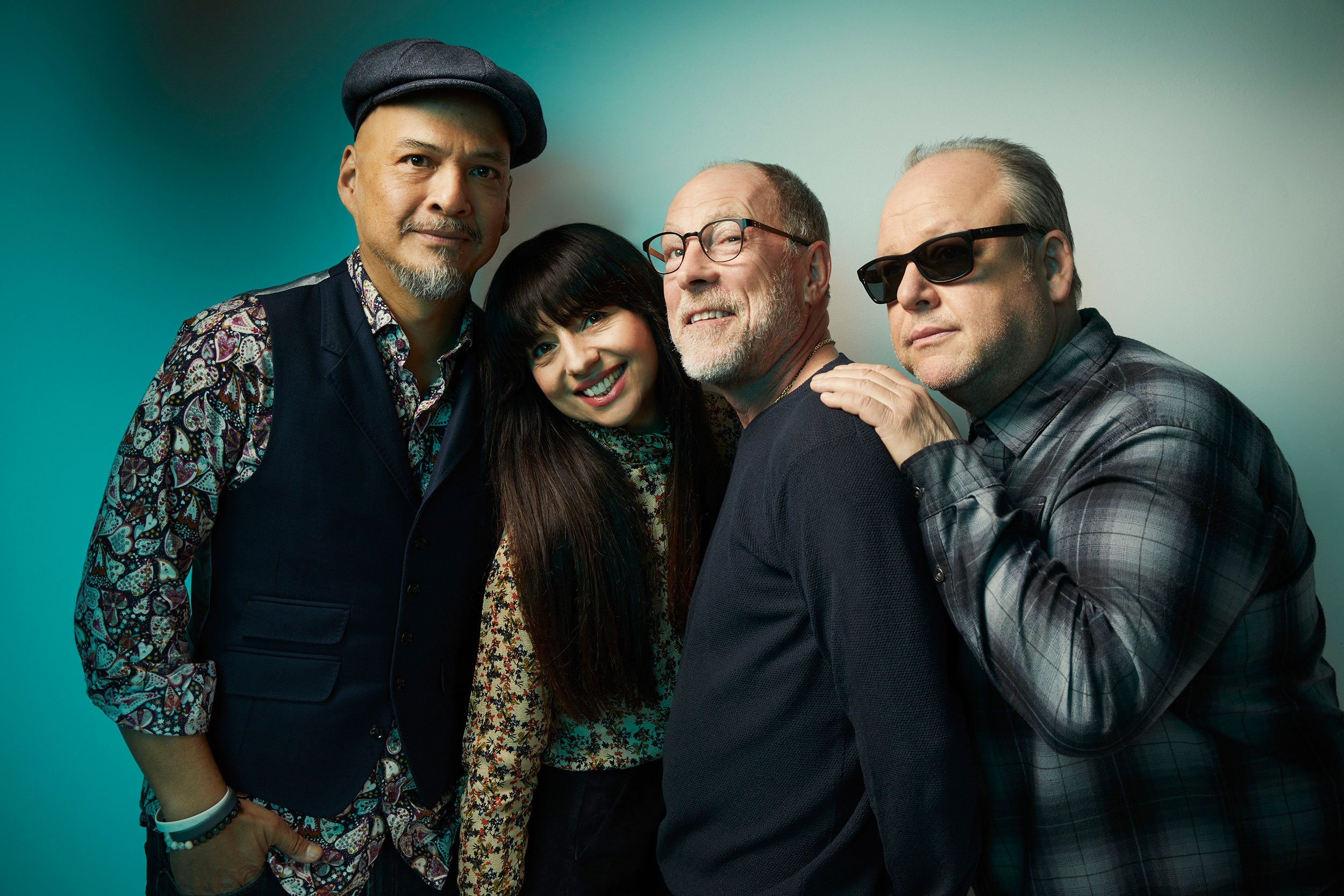 There wouldn’t be any reason for aspiring musicians to plug in a Gibson SG and noodle around at a Guitar Center if measuring up to Surfer Rosa or Doolittle were the standard by which we judged new rock albums. In the span of less than four years, the Pixies cranked out four albums that more or less defined the sound of American rock. And even though it doesn’t do much to burnish the band’s legacy, the third album by Pixies 2.0, Beneath the Eyrie, is the first one to even come close to approximating the thrills of their best work.

The Pixies have only grown more technically proficient as the years have gone by. Joey Santiago’s guitars alternately jangle and roar here, flipping between chilly spy-film riffs and all-out rock shredding, with nods to Ennio Morricone-esque spaghetti-westerns on some tracks. Years of growling seem to have seasoned Francis’s voice like a cast-iron skillet. During the Pixies’s heyday, the interplay between Francis’s brutal grunting and Kim Deal’s sweeter poppiness was a major source of the band’s dynamism, and Deal’s replacement, Paz Lenchantin, an excellent musician whose vocals and bass playing are uncannily close to her predecessor’s, allows the group to recapture some of that magic.

At its best, Beneath the Eyrie sounds a lot like the Pixies you remember. The album’s lead single and most memorable song, “Catfish Kate,” features a swelling power-pop chorus where Francis’s voice reaches uncharacteristic heights of pathos as he spins a characteristically surreal tale about a woman becoming a fish. “Ready for Love” has a similarly charming demeanor, with Francis “calling your bluff” to announce that he is, in fact, ready for love. “Bird of Prey” gets at a bit of the lyrical menace that Francis sometimes liked to play with in the past. In the song, the singer is a revenant come back from the grave who “sets [his] broken bone with a twist and a crack.” It’s a good tune buoyed by some bopping guitars, but Francis’s vocal take is heavily indebted to Nick Cave, tapping into a similar type of dread grotesquerie.

In this way, though, “Bird of Prey” is also emblematic of the album’s primary flaw. “This Is My Fate” sees Francis doing a spot-on Tom Waits impression, but apart from some tin-can percussion, the song doesn’t offer much to hook the listener. The banal “Silver Bullet” sounds like the Pixies covering the Smashing Pumpkins, an exercise that seems to have the relationship between those two groups totally backward. Too often, Beneath the Eyrie sounds like other artists, which is especially disappointing for a group like the Pixies, who have always been more trendsetters than followers.

Review: Charli XCX Charts Her Own Path Forward with Charli