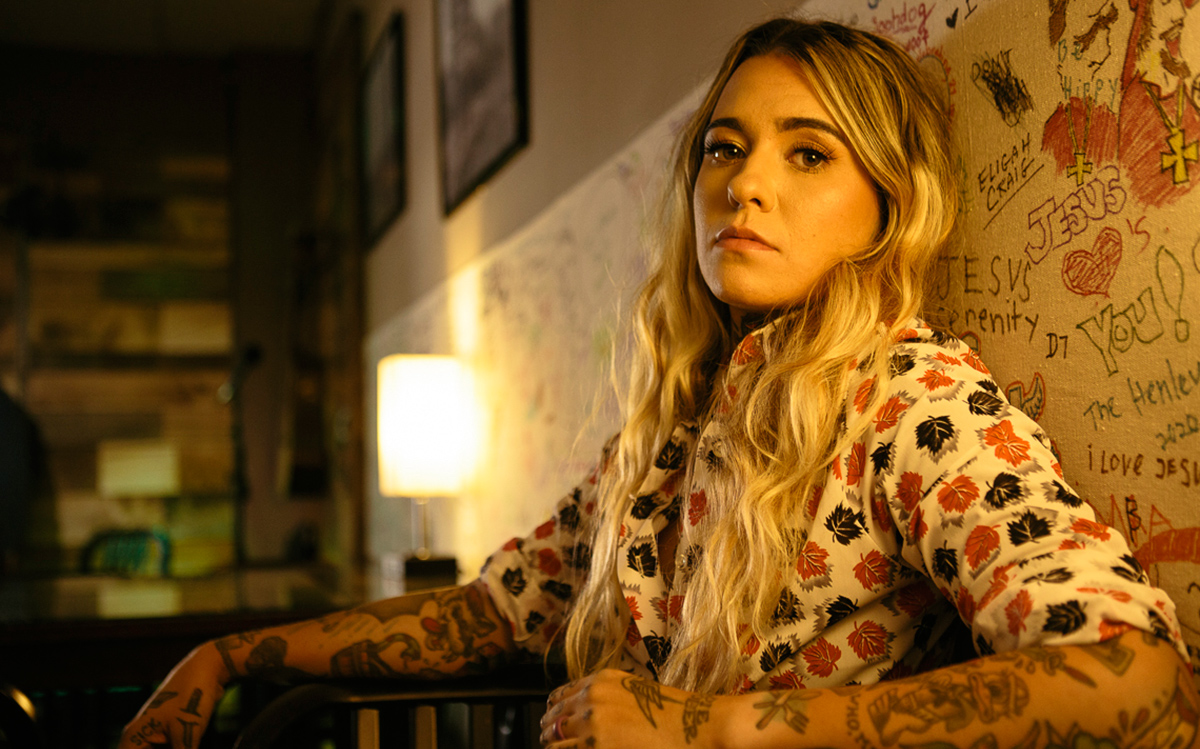 Morgan Wade grew up in the heart of Southwest Virginia—the same area of Appalachia from which the Carter Family and the Stanley Brothers hail—and her voice, a raspy soprano drenched in twang, is shaped by that geography. It’s a voice that sounds like it was built for murder ballads and songs about cheatin’ and drinkin’. But the 26-year-old singer-songwriter isn’t that kind of artist, and on her debut album, she refuses to be typecast.

Produced by Sadler Vaden, Reckless is striking in the way it upends expectations. Although country music is unmistakably present in the DNA of these 10 songs—from the glossy Nashville sheen that underscores opener “Wilder Days” to the aching sway of “Mend”—it’s not the driving force. You won’t find a lick of banjo, fiddle, or steel guitar on the album, and Wade’s songwriting steers clear of country music’s most common tropes, like religion and family, and the caricatures of rural identity that have become the hallmarks of country radio.

Instead, Reckless revolves around issues like addiction, mental health, and isolation—plights that are central to exurban life but mostly ignored by the music that claims to represent that culture. Wade navigates these topics with stark, evocative storytelling. “Tonight I am numb from a cocktail of pills,” she sings on “Met You,” the album’s haunting final track. “I hallucinate, think I’m touching your skin/I’d much rather die than think of the bed that you’re in.” It’s an affecting lyric in its own right, but it’s even more so when considered in context.

Like many of America’s rural communities, Appalachia has been ravaged by the opioid epidemic over the past two decades. For those, like Wade, who grew up in places like this, addiction is omnipresent, a defining characteristic of their hometowns. So it’s no surprise that it shapes almost every song here in ways that are often subtle but deeply consequential. With a few exceptions, these are songs of desire, dependence, and desperation—of a narrator who’s searching for a way to make things better, even if that means settling for a temporary reprieve.

At the same time that vital stories like these are excluded from country music, singers with voices like Wade’s are also denied a place in the broader popular culture. We rarely hear pop or rock that features thick mountain accents or deep Texas drawls—not a surprising fact considering the structural bias that exists against regional dialects (especially Southern ones). Faced with this dilemma, most artists choose one of two paths: cater to the stringent demands required to fit into the country music machine—which dictates everything from what you can sing about to how you dress—or learn to perform in ways that belie their roots.

Wade makes no such compromises on Reckless. She blends pop and country without subjugating either, all the while covering a wide swath of stylistic ground that runs from searing country ballads like “Mend,” to the sauntering Southern rock of “Take Me Away,” to the radio-ready shimmer of “Last Cigarette,” a perfectly crafted track that takes cues from Halsey and the Chainsmokers. That Wade is equally compelling in all of these modes is a testament to her powerful, versatile, and unique voice.

It’s also a remarkable accomplishment considering the scale of the project. Only seven musicians, including Wade, appear throughout the album, but Vaden’s production offers Wade plenty of space without leaving the arrangements too sparse, which—given the rustic character of her voice—could have made Reckless come off like a roots record. Instead, each of the album’s 10 tracks features just the right level of polish and embellishment—especially the ballads, where Vaden’s masterful guitar playing shines, and where the occasional, well-placed synth or Mellotron adds depth to an otherwise guitar-heavy album.