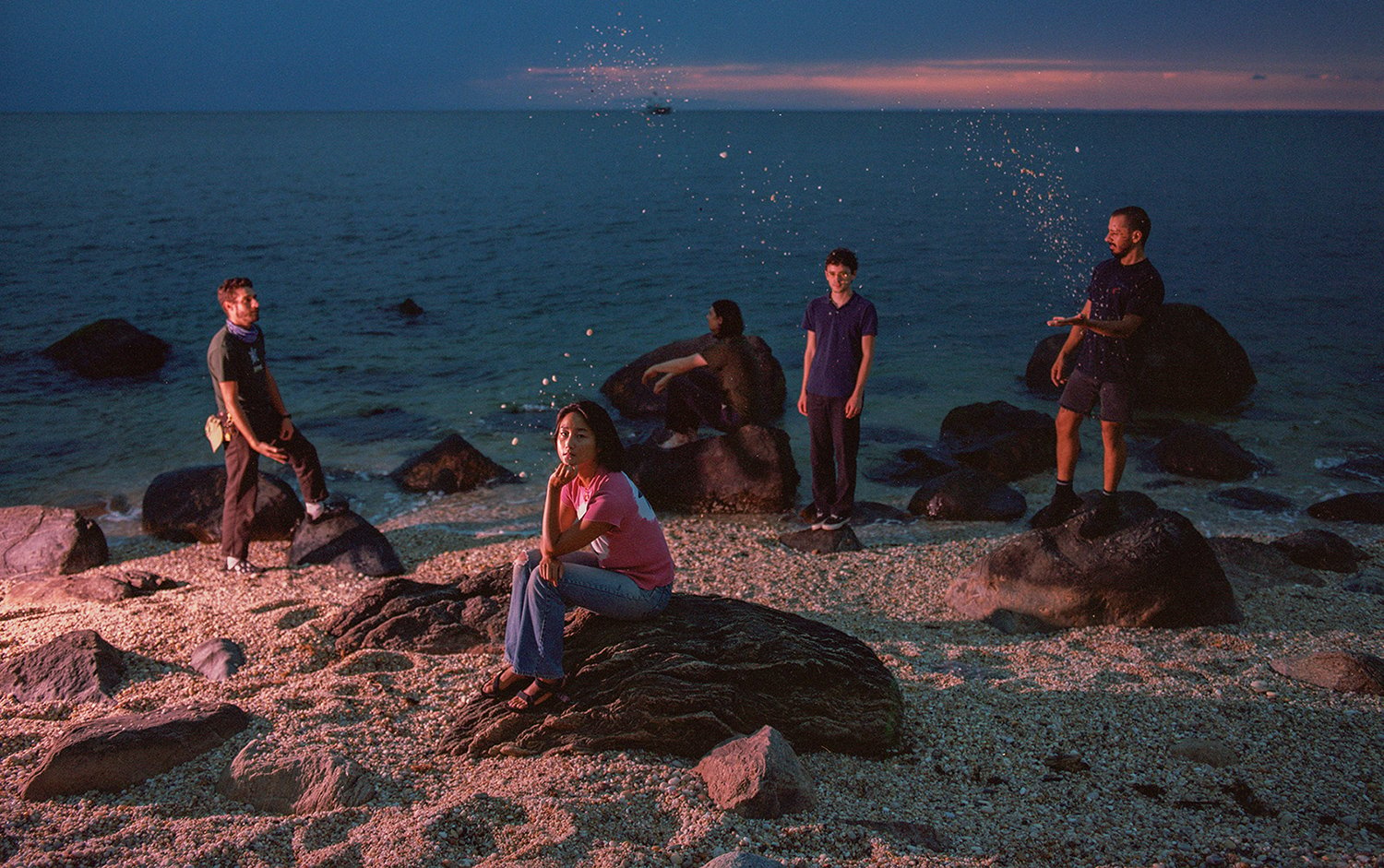 In 2020, the West Coast experienced a wildfire season that looked apocalyptic, compounding the sense of tumult that permeated the country in the midst of the Covid-19 pandemic and demonstrations against racial injustice. A year earlier, those same skies were filled with kites instead of ash, inspiring Audrey Kang, the lead singer of Lightning Bug, to continue writing music, giving the Brooklyn-based band another lease on life after a particularly drawn-out and exhausting writing process for their 2019 album October Song.

Lightning Bug’s follow-up, A Color of the Sky, comes at a particularly opportune moment. Flipping a popular meme on its head, the album demonstrates what many who turned to the outdoors for solace during the pandemic have realized: that nature is, indeed, healing. Not in the sense that the global climate catastrophe is reversing, but rather that the small joys of a clear sky or an encounter with a small critter can be sources of strength during times of strife.

A Color of the Sky is an enchanting cache of guitar pop with echoes of Talk Talk, Cocteau Twins, A Winged Victory for the Sullen, and Emmylou Harris. Lightning Bug recorded together live for the first time for this album, trading the lo-fi charm of their previous efforts for a more refined, organic sound. Band member Logan Miley’s mixing and synth work yields rich textures, as on “I Lie Awake,” where Kang’s dreamy vocal and string layers build atop an omnipresent ostinato until heavily distorted guitars barge in during the bridge, infusing the song with the cathartic shoegaze sound for which the band has become known. They quote Talk Talk’s “I Believe in You” on “The Return,” filling in the spaces with soothing flute embellishments. And on the title track, Lightning Bug returns to a more stripped down sound with a heartrending ballad that boasts a series of swelling ambient chords.

Perhaps more significant than the album’s sound, though, is what it represents. In its press notes, Kang poses the questions: “How do we as individuals know we are on the right path? How do we as a society, as a species, know we are on the right path?” The answer comes in the form of a thesis statement on “The Right Thing Is Hard to Do.” Connecting inner struggles with global concerns, Kang hints at the adage that the personal is very much political. In the song, she swaps the titular adjectives: “The hard thing is right to do.” It’s a clever chiasmus, and a gentle reminder to persist in this world racked with injustice. While it may be easy to surrender to despair and pessimism, A Color of the Sky radiates a subdued optimism.

Review: With Culture III, Migos Doubles Down on Excess to Diminishing Returns