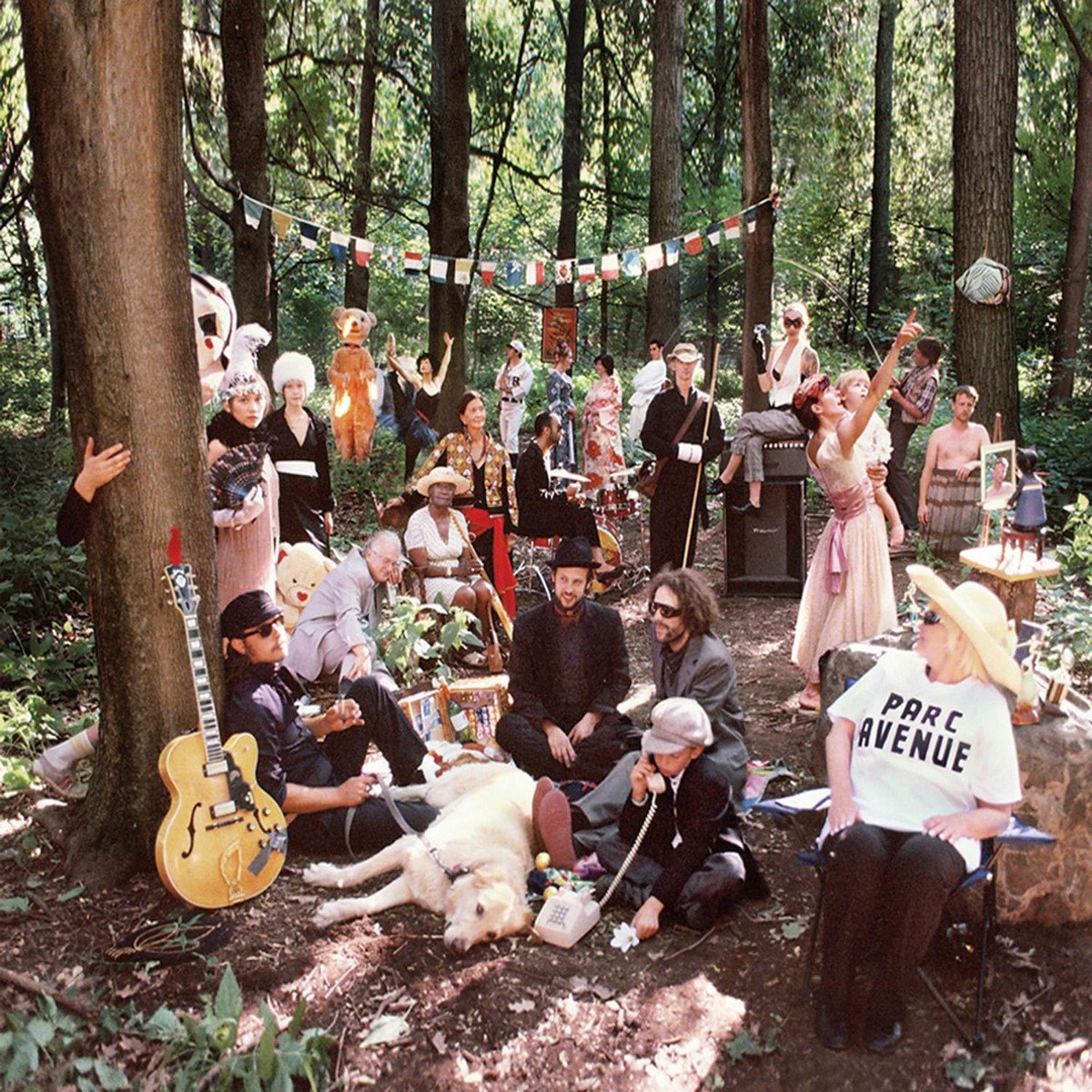 Trolling the web in search of information about the Québécois trio Plants and Animals and their frustrating debut, Parc Avenue, I came across this statement by singer-guitarist Warren Spicer, from an interview he gave to the Montreal Gazette about a month ago: “The record is really a document of us figuring out how to make songs. It’s a document of our evolution.” Well said, Warren. You’ve just shown remarkable self-awareness. For Plants and Animals is a group in transition, good enough that at times even their apprenticeship in songwriting is worth hearing. Spicer and his buddies are able players, masters at finding (and sustaining) folky, funky grooves. And they are smart enough to garnish their jams with orchestral ornamentation (provided by Arcade Fire’s first violinist Sarah Neufeld), Polyphonic Spree-type choruses, and other weird touches like a child angelically singing a French dirge. But tunesmiths Plants and Animals are most certainly not, and it is their failure to do little beyond noodle energetically and evoke the work of others that dooms Parc Avenue to mediocrity.

Plants and Animals’ sound borrows primarily from esteemed countrymen—Arcade Fire, Wolf Parade, Springfield-era Neil Young—and sometimes they veer wildly from hushed folkies to hazy-headed soloists to spirited indie rockers all within the span of a single song. They are at their best when switching hats often; the briefer their appearance in a genre, the less obvious their inability to own it convincingly. “Faerie Dance,” which begins as a guitar-picking and steel-guitared ballad and then segues into an aching keyboard-and-strings crasher before finishing as a choral-backed mid-tempo jaunt, may be seven minutes long, but it seems much shorter than the six-minute “Good Friends,” repeating the same shuffling, mildly pleasing riff for the entirety of its duration. “Mercy” mashes a sort of neo-hippy psychedelic march into a noisy, bass-heavy indie-rock barrage, a worthy if largely unthrilling stunt, and “Keep It Real” serves both Tom Petty-trademarked arena rock and Wilco-like melancholy and is saved by a trembling trumpet line. The first four-and-half minutes of “New Kind of Love” are moving enough, with Spicer doing his best impersonation of Win Butler and the band giving it all they’ve got, but then someone forgot to turn the song off. The idea that songs (and movies and novels too) need a complete arc is bunk, and at the very least, Plants and Animals should have learned from “Keep the Car Running” that something can end right at its peak.

Even if Parc Avenue took more than three years to be put together, a lot of its songs have the tossed-off feel of an outtakes bootleg or bonus disc. “A l’Oree des Dois” features blithe, real-time lyrics about the album’s recording (“Summer months keep rolling by and we’d like to try to finish it by wintertime”) over a soft, uninteresting backbeat, coming across like something Dylan and the Band might have laid down in the basement of Big Pink when they were coming off a bad hangover. The miniscule and unremarkable “Early in the Morning” could be an unused passage left out of one of Plants and Animals’ longer epics, and on its own, it sounds unfinished. Album closer “Guru” is nothing close to a song; with its unexpurgated and inexcusable guitar twiddlings (not solos, as there is no melody) with no changes, this instrumental could bore even the most patient Phish fan. It’s not enough to have good musicianship, well-chosen influences, and top-notch recording techniques; there has to be a passionate thread tying the enterprise together. Plants and Animals could still create something notable, but first they have to figure out who they really are.