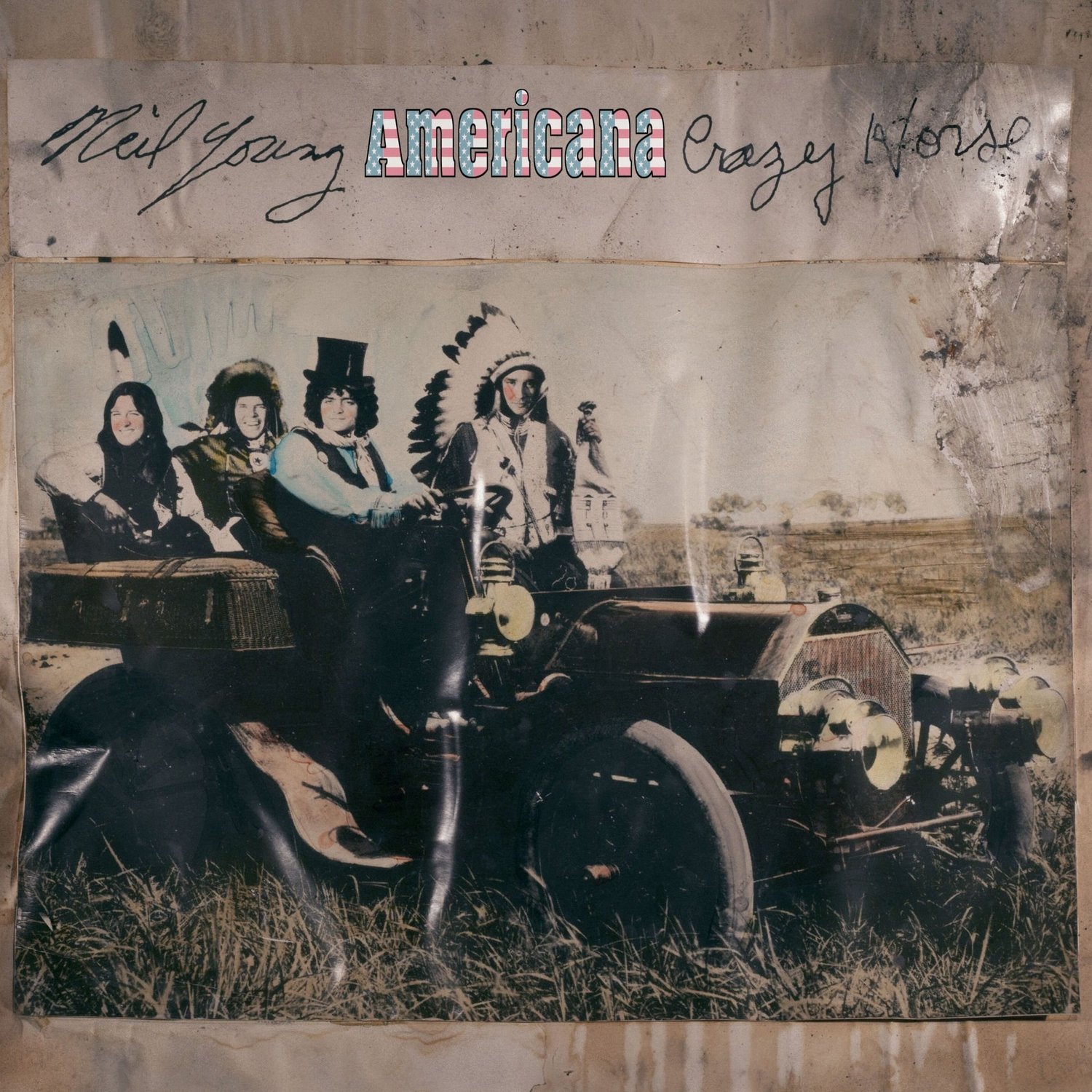 Born and raised in Canada, Neil Young has a transplant’s interest in the history and traditions of his adopted America, a bit of the same bug that transformed four-fifths of the Band into ardent Southerners. It’s a passion that’s informed Young’s music from the beginning, both in his updating of folk textures and his willingness to chastise the U.S. for past and present sins. Yet it curdles on Americana, which operates in the same vein as 2006’s Living with War, sharing the same vociferous energy and lack of filter, quickly turning into the outright disaster the earlier album narrowly avoided becoming.

The main difference is that Living with War, a baggy, unfocused cri de coeur, thrived on contagious spirit and free-form disorder. Americana, which interprets American classics spanning 200 years, has a direct focus, but applies it terribly on rambling songs that have no center or sense of momentum. In this environment, odd choices like the doo-wop hit “Get a Job” and a dualistic rendering of “God Save the Queen,” which intersperses the traditional anthem and the Sex Pistols’ shredding of it, become even more confusing.

Questions about the meaning of Young’s song choices fall away as Americana progresses, with the album’s grasping joylessness dominating the experience. The songs are overblown and formless, which is even more disappointing considering the acute focus applied on 2010’s Le Noise. The thing that’s sustained many of these songs for years is their lean adaptability; they’re old stories preserved in musical amber, and the best way to present them is often the simplest. Covering them in shaggy guitar, yowling vocals, and heaving, cooing choral arrangements only turns them into parodies. There’s an inherent grace to standards like “Tom Dula” and “My Darling Clementine,” but in Young’s hands they turn into monstrous, roaring messes.

Because it inflates rather than modulates, Americana’s approach is entirely wrongheaded; a six-minute, guitar solo-scarred version of “Coming Round the Mountain” is about as painfully baffling as it sounds. Whatever Young is intending to do here (offer reverence to bygone traditions or mount a sneak-attack on those who invoke them for political gain), it doesn’t excuse the incompetent way in which he does it. In attempting to honor the sounds of the past, Young ends up turning them into toxic sludge.