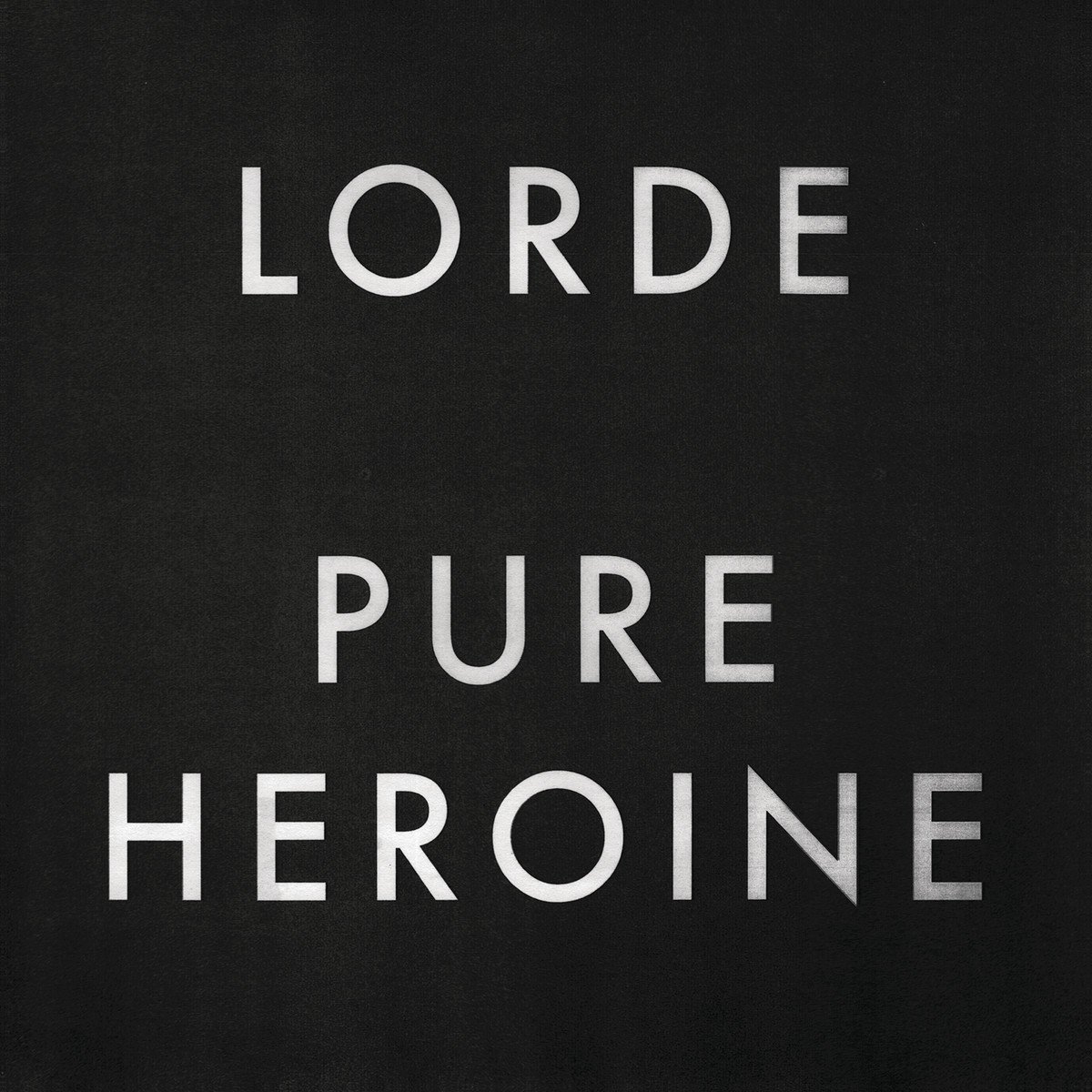 Pop music seems to have just entered some kind of sledgehammer-licking event horizon, and as her debut, Pure Heroine, makes abundantly clear, Lorde wants out. Rather than perpetuate the unapologetic, arrogant posturing of America’s celebrity youth, the 16-year-old singer-songwriter ridicules it—albeit from her own comfortable perch—as empty, self-serving, and utterly absurd nonsense.

But while her disillusionment with the young, trashed, and proud pack is certainly a fresh perspective, Lorde’s creative success doesn’t hinge solely on skewering the thoughtless decadence of the Rihannas, Ke$has, and Mileys of the world. Instead, what really makes Pure Heroine shine is the deconstruction of their musical conceits. Lorde and her producer/co-writer, the up-and-coming Joel Little, skillfully dismantle the slick, overproduced rigidity that’s so prevalent in today’s pop, stripping away the glitchiness, breakbeats, and vocal processing that have become so reflexive in the past decade. Taking its production cues largely from Jessie Ware’s excellent Devotion, the nihilist pop of Pure Heroine makes a strong case for the less-is-more maxim. What’s left is a remarkably unpretentious and almost raw set of vignettes mostly powered by Lorde’s modest, affectation-free performances.

Lorde is at her best when taking shots at the empty, materialistic signifiers of status that have become the focal point of modern pop anthems. Raised in the posh beachside haven of New Zealand’s Devonport, and up until recently an attendee of the elite Belmont Intermediate School, Lorde is no stranger to privilege, and her disdain for her own status is something she makes abundantly clear throughout Pure Heroine. The title location of “Tennis Court” sounds like a vapid Ivy League hell, especially as she deadpans a tongue-in-cheek “Yeah!” after each verse. “It’s a new art form showing people how little we care,” she snarks, perfectly damning the wave of banal hedonism most recently celebrated by the MTV Video Music Awards. Album highlight “A World Alone” cuts even deeper, profiling a wasted millennial watching her friends pass her by on the economic rung even though they indulge in the very same self-destructive habits. “Let ‘em talk, cause we’re dancing in this world alone,” she sings over a sad, jagged guitar line, finding a bleak satisfaction in the fact that, in the end, everyone loses.

It’s that kind of snide black comedy that lends Pure Heroine its power, stripping the YOLO fantasy of its glitz and glam to reveal it as nothing more than cruel, meaningless vanity. And with an impressive cache of songs under her belt, Lorde is perfectly capable of throwing some much-needed cold water on pop’s self-absorbed frenzy of idiocy.