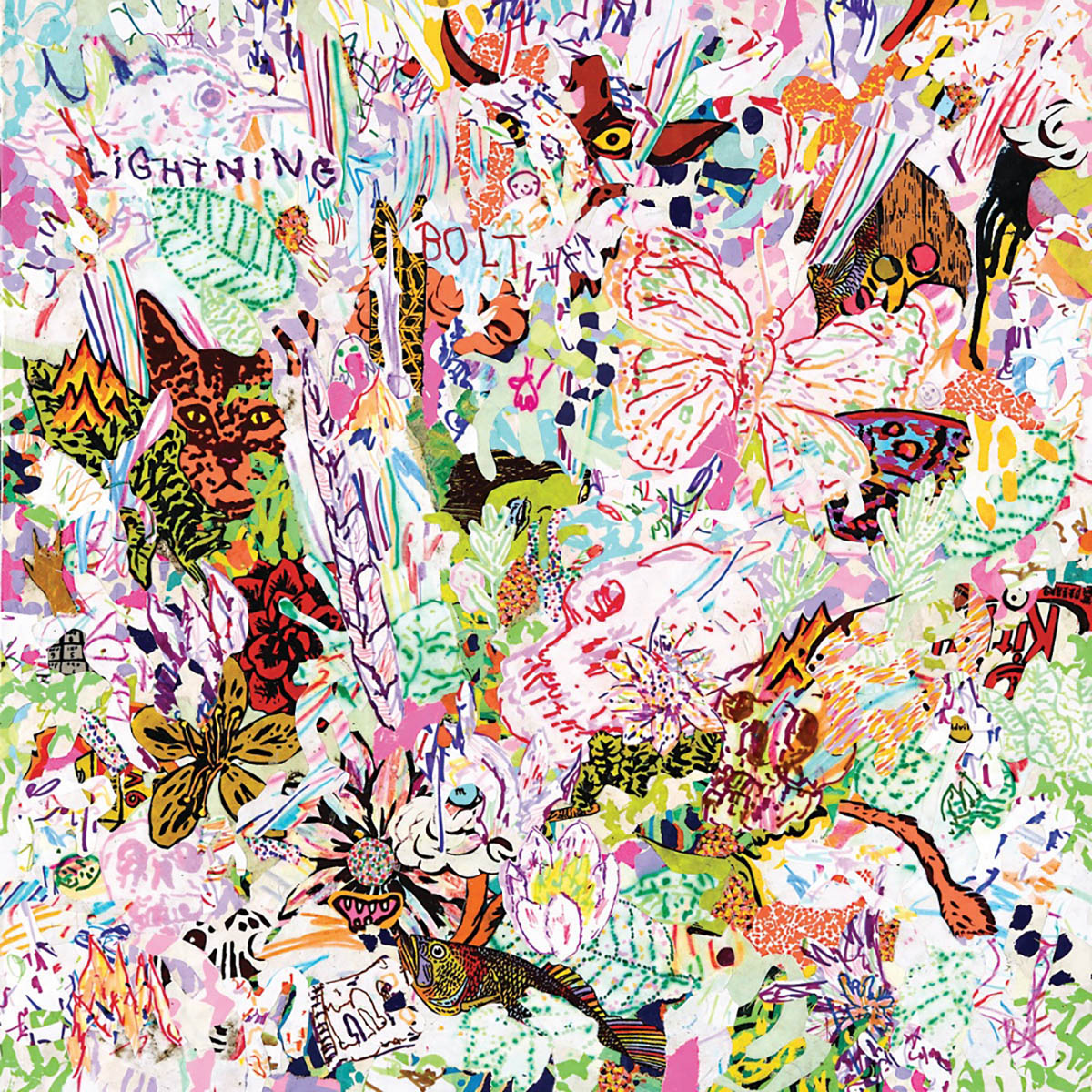 Lightning never strikes the same place twice, but Lightning Bolt does. Earthly Delights finds experimental rock’s loudest duo in a holding pattern from 2005’s Hypermagic Mountain, throwing down another riotous set of cacophonous hard-rock deconstructions pursuant to that tried-and-true Lightning Bolt ethos: no guitars, no singing, no compromises. The drum and bass onslaught—augmented as always by tape hiss, amp feedback, found sounds, and utterly indecipherable vocals—makes no room for such contrivances as melody or tonality, let alone hooks or choruses. But this isn’t machine music, inhuman as it can sound on first listen; no, Lightning Bolt taps into something more primitive than that, and, as anyone who has seen the band utterly demolish a venue can attest, they do it well.

Like the album title implies, Earthly Delights is all about pure, elemental hedonism. The opening salvo of “Sound Guardians” and “Nation of Boar” finds the pair pilfering equally from the avant-jazz and thrash playbooks with jaw-dropping results, particularly when the latter track comes to its searing finale. But mostly, it’s their own playbook that Lightning Bolt keeps going back to: the otherworldly metal of Hypermagic’s “Riffwraith” and “Megaghost” isn’t so much a reference point for “The Sublime Freak” as it is a blueprint, while “Flooded Chamber” rehashes “Bizarro Zarro Land.” For every track that expands the band’s sound (say, “Funny Farm,” with its boozy Southern rock, or the quirky African-pop sketch “Rain On Lake I’m Swimming In”), there’s a much longer track rooted firmly in the familiar. The highlights demonstrate that these guys have yet to exhaust their uncanny vision, but by and large this is Lightning Bolt doing a Lightning Bolt album. Still, we sure as hell weren’t going to get one from anybody else.