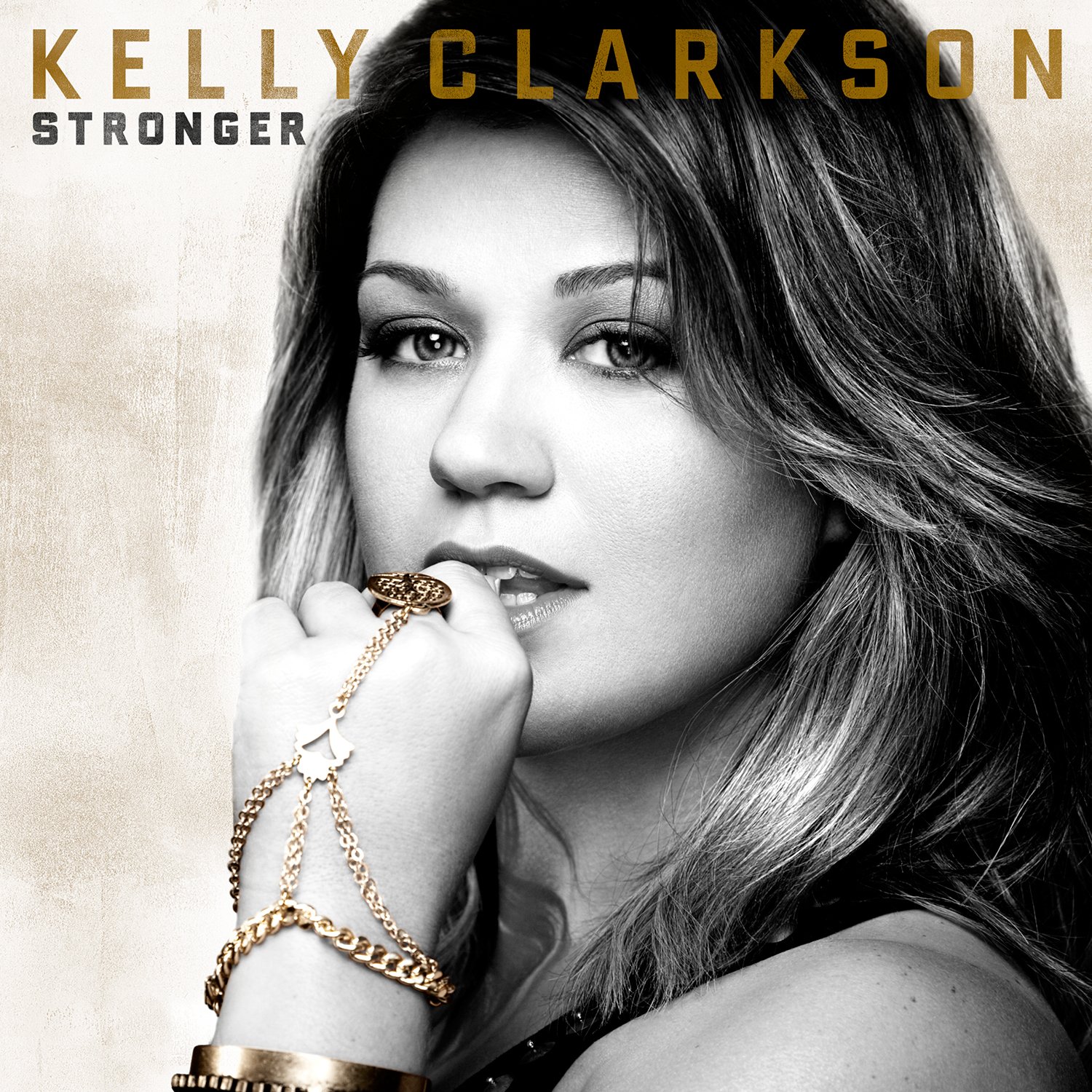 If she’s going to keep audiences waiting for her long-rumored Nashville album, Kelly Clarkson needs to make sure that her pop releases justify all the procrastination. And as enticing as the prospect of Clarkson using her phenomenal pipes to record studio versions of her live Patty Griffin and Marc Broussard covers might be, Stronger is a solid collection of contemporary pop that gives the singer ample opportunity to shred her vocal cords. There’s a newfound grittiness to Clarkson’s performances that suggests she’s capable of singing far more than the type of straightforward pop found here, but, in the moment, Stronger makes for a vibrant and doggedly likable album.

While Breakaway and All I Ever Wanted leaned heavily on a power-pop aesthetic, Clarkson and her team of producers make Stronger a more rhythmic affair, recalling a more expensive, A-list update of the R&B-inflected tracks on her debut, Thankful. Stylistically, Clarkson has yet to find a distinct voice, relying instead on producers to craft slick, of-the-moment sounds tailor-made for radio play. Brian Kennedy, Ester Dean, and Dante Jones give lead single “Mr. Know It All” a steady four-four stomp and slather the arrangement in a wash of synthetic strings and drum-machine loops, while the chilly electro-pop that Greg Kurstin brings to the verses of “What Doesn’t Kill You (Stronger)” suggests a Top-40 version of Robyn’s “Call Your Girlfriend” before the song explodes into the kind of ginormous chorus that Clarkson sells better than just about anyone else.

At her best, Clarkson has positioned herself as a modern version of Pat Benatar, which is a fine thing to be: Stronger doesn’t offer any songs in that “Behind These Hazel Eyes” or “Sober” vein, but that isn’t to say the album fails to play to the singer’s considerable strengths. She sings the hell out of the brooding “Dark Side,” while “I Forgive You” showcases Clarkson’s wry, self-aware sense of humor: “I forgive you, and I forgive me/Now when do I start to feel again.” With the exception of the obvious electronic manipulation used on “Mr. Know It All,” Clarkson’s performances on Stronger are more consistently lived-in and evocative than on any of her previous efforts.

That’s a good thing since there are some significant lapses in songwriting quality here. Mercifully, there aren’t any Katy Perry castoffs to be found, but the “dumb plus dumb equals you” refrain on “Einstein” is beneath Clarkson. “You Love Me” is ungodly monotonous, with such a limited melody that Clarkson spends much of the song shouting the same note over and over again, while “Honestly” makes awkward references to “Stepford-like lives” before Clarkson pushes her voice to its most ragged extremes on a chorus full of self-help platitudes that aren’t worth the bluster. As the bonus track “Don’t You Wanna Stay,” her chart-topping duet with the generally useless Jason Aldean, makes clear, she’s able to elevate lackluster material through sheer force of will even when her collaborators let her down.

Review: Kelly Clarkson’s When Christmas Comes Around Is a Jolly Breakup Album

Review: UglyDolls Sees Fun Only in Terms of Marketplace Value