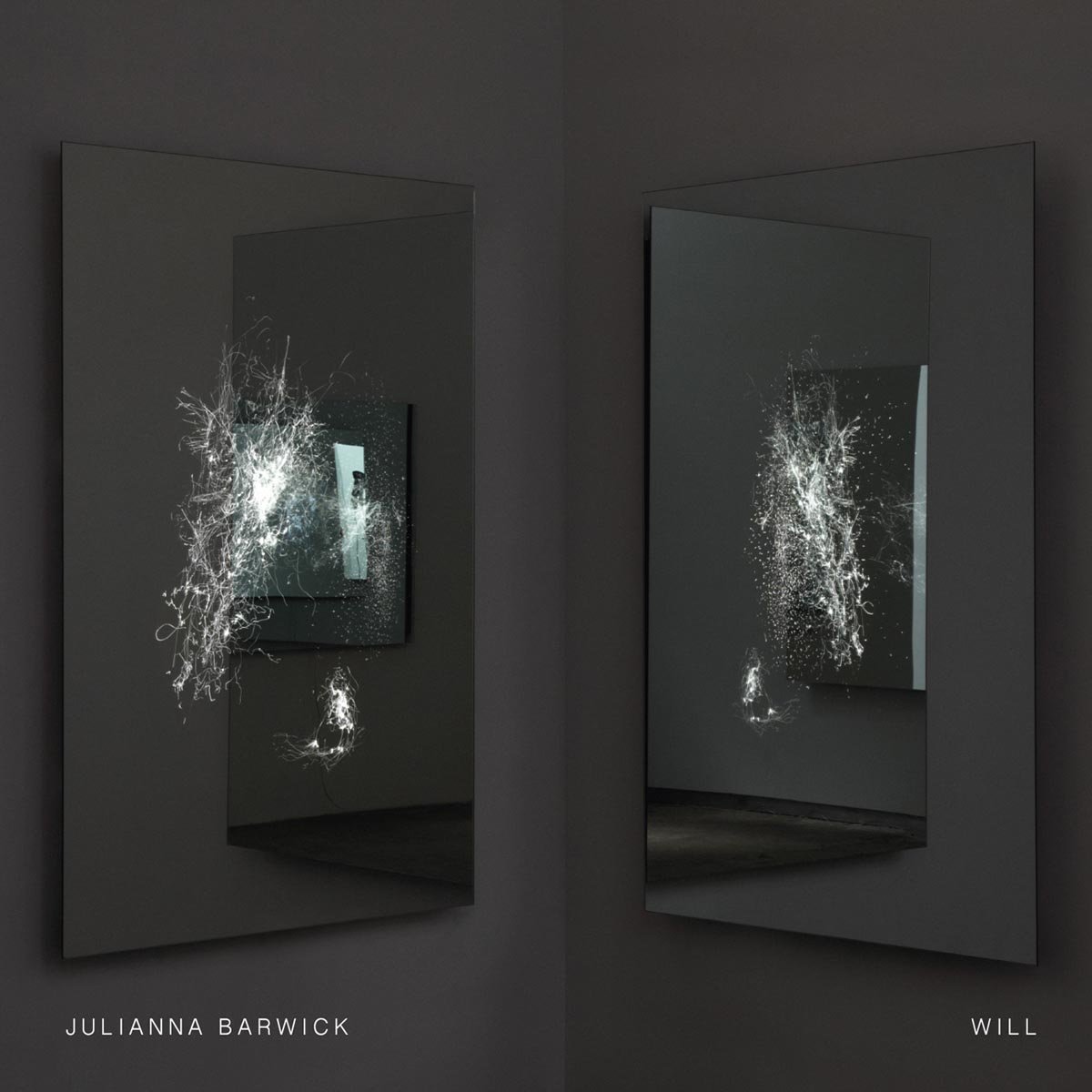 “Hypnotic” is often used to praise the work of ambient artists, but it can also describe music that drifts out of focus. This isn’t lost on Julianna Barwick, who’s said the trickiest part of writing is editing her 20-minute loops of voice and spare instrumentation into cohesive songs, and on Will she strips her sound to its most necessary components. This is an album of rhythm, restraint, and rough edges. Compared to her previous efforts, 2013’s Nepenthe especially, it’s an exposed skeleton, with Barwick’s mastery of ambiance, choreographed crescendos, and swollen, show-stopping hooks giving way to a charming intimacy.

This newfound minimalism is likely no easy feat for an artist so skilled at drafting infinite echoes of her own voice. Will’s production reportedly required several distinct locations and experimentation with new instruments, and its understated sound doesn’t so much betray this ethic as magnify the purposeful simplicity of Barwick’s compositions. “Beached” is endearingly amateurish, its haunting piano motif plodding along unsteadily, as if it’s being sight-read. Similarly, the sudden apparition of piano and strings halfway through “St. Apolonia” suggests that the set musicians showed up late, and the way the song opens with the whirring of wind and waves—sounds to which Barwick’s coiling vocals are routinely compared—knowingly reiterates that her songwriting is separate from, and bigger than, the atmosphere it creates.

Will also finds Barwick more vulnerable than ever as a performer. Instead of a soft base layer of choral loops, frequently the backbone of her songs, several tracks operate cleverly on repetitive synth lines, allowing Barwick to use her voice as an improvisational flourish. “Nebula” and “See, Know” both come to life with pulsating, eight-note synth sequences—delicate on the former, punishing on the latter—above which Barwick sings actual words, a rarity for her, and shares spotlight with the shifting dynamics of the instruments (including manic drumming on “See, Know,” albeit low enough in the mix to merely suggest, not mandate, a sense of severity).

Elsewhere, “Same” is an intriguing mix of robotic, downcast synth chords with the aching optimism of Barwick’s voice—especially near its end, which features the exotic, cavernous whooping increasingly favored by acts like M83 (the song seems to move in opposite directions at once). If Barwick’s vocal circuitry of old had an anonymizing effect, where she manipulated her voice until one almost forgot it was hers, the careful balance of instruments and singing on Will makes the vocals recognizable, even personable. In short, she sounds remarkably unburdened.

Will loses some steam with a string of more traditional ambient songs during its second half: “Big Hollow” is a retread of Brian Eno’s Music for Airports, its chilly vocals reverberating beneath slow-moving, syncopated piano, while “Wist” does little but float along. Yet even these songs reflect a shift in Barwick’s approach; where she used to hide behind grandiose productions, she’s now unafraid to be small. There’s a softness to the organic unfolding of the album’s highs and lows.

As Will comes to a close with “See, Know,” on which Barwick repeats the title on end, it’s hard not to think back to opener “St. Apolonia,” which also features lyrics that sound vaguely like she’s singing “see” and “know.” This might be Barwick nodding to her obsession with loops, and to her reputation as someone who builds songs more than writes them, or maybe it’s merely a coincidence on an album of captivating near-accidents and irregular design. Will’s coup is how it keeps one guessing, and how Barwick keeps from relying on the beautiful yet impersonal sonic washes of her past work. It’s the sound an artist, whose mysterious and celebrated process has ironically created theatrical and curated work to this point, finally achieving subtlety.

M.I.A. Teams with H&M for Fashion-Forward Music Video “Rewear It”