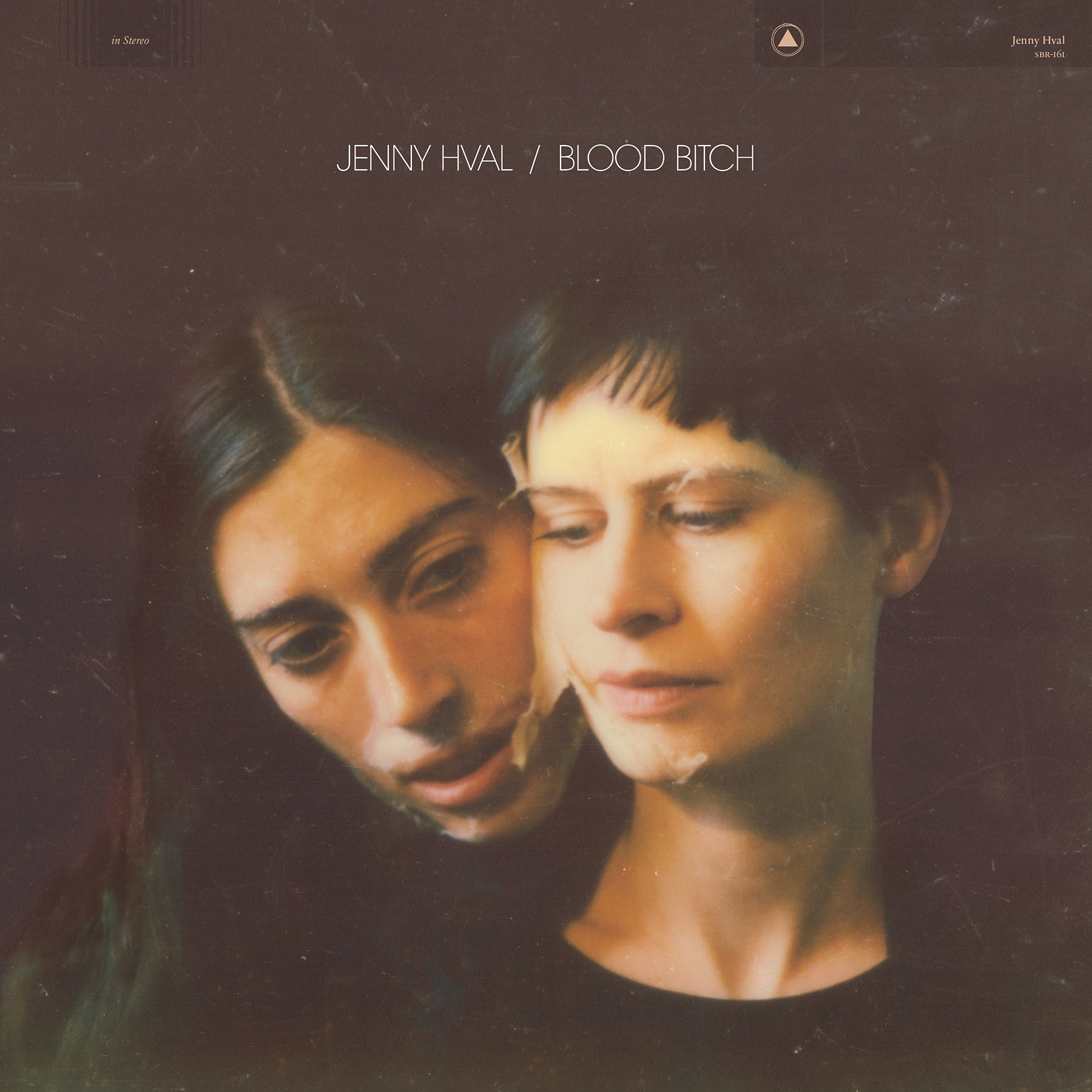 Blood flows freely on Blood Bitch, a carefully composed collage album with a pronounced focus on body horror. Steeped in a dense darkness punctuated by sporadic passages of psychedelically tinged euphoria, Jenny Hval’s fourth solo effort maintains her tradition of thematically structured music that’s at once effusive and oblique, split between soft textures and hard edges. The sound here moves from post-gothic synth-pop to arpeggiated darkwave to atmospheric minimalism, cultivating a cultic, faux-tacky aesthetic that’s more measured than it might initially seem. Vampires and witches are invoked, but despite a profusion of lurking demons and some vaguely sketched romantic turmoil, the key subjects remain corporeal, with the album’s songs processing emotional and political concerns through a fixation on the strictures of the body, namely the struggles associated with the female form.

Femininity is so often considered by artists in the abstract, through an external, aesthetic lens rather than an internal, personal one, that the album gains fuller force simply by virtue of its relentless attention to specific, intimate experience. Torn between an ecstatic appreciation for the capabilities of the body and an innate discomfort with its limitations, Blood Bitch gradually establishes itself as a corrective to the sort of soft-touch portrayals so often found in music, conveying the murky depths of personal crisis behind a veil of cryptic mysticism and funereal grandiosity. Further developing the fertility metaphors of 2015’s Apocalypse, girl and the incipient sexual curiosity of 2013’s Innocence Is Kinky, the album shapes a loose narrative around themes of decay and renewal—a basic cycle of menstruation, pregnancy, and possible abortion—across which Hval fashions a baroque, dreamy mélange of aggressive sonic art and soothing spoken word.

Blood Bitch’s finest moments are often the most unsettling, as songs affect surprising atmospheric transitions that wrench them out of familiar rhythms. The eerie, chugging momentum of “Female Vampire” abruptly plunges into the mounting panic attack of “In the Red,” a stifling sound piece centered around a sawing rhythm of hyperventilated breathing, which builds gradually toward a simple admission of pain. “Period Piece,” meanwhile, describes the “accidental sci-fi” of a gynecological examination, with a doctor’s speculum providing a metaphor for the album’s magnified visceral focus. These bursts of tangible physicality function as a necessary balance to the album’s sterile electronic textures, which provide an antiseptic counterpoint to the often grotesque reckoning with matters of the flesh.

Through all this, Hval utilizes her voice as her primary instrument, stretching out its dual capacity for evoking tranquil wistfulness and frantic distress. Her most common approach involves a distant, ethereal croon that hovers above static, oscillating beats, while in heavier moments she employs a strained husky vibrato—an imperious delivery that takes command of the song while inspiring further unease. This technique is bolstered by uncanny yowls and screeches, reminders of the album’s physical concerns, and which intermittently amp up into a barrage of furious, black-metal-esque screams.

Positioned somewhere between conceptual art and straightforward pop, Blood Bitch isn’t always an easy listen, and while it takes a bit of adjustment to get into the album’s oppressive headspace, the effort is worthwhile. An intimate existential chronicle of imprisonment and liberation, its visceral, blood-smeared intensity works off a steady heartbeat of acute artistic ferment, the roiling passion underlying Hval’s powerful declaration of self.