Jack White’s style, alternately described as gritty, punkish, or revivalist, began as DIY, but now comes closer to DIWLOTF: Do It with Lots of Talented Friends. Take, for instance, his ever-expanding stable at Third Man Records, his non-White Stripes projects (among which the Raconteurs and the Dead Weather are only the tip of the iceberg), and his ostensible solo album, which was, in fact, as collaborative as anything else he’s ever done. White famously rotated an all-female band with an all-male one for the songs on Blunderbuss, and in a bit of standard Whitean whimsy, he’s brought along both groups on his latest tour to trade performances, though not in any comfortably predictable rotation.

Last night’s concert at the nTelos Charlottesville Pavilion was the first stand of the domestic leg of the Blunderbuss Tour. After performances in Antwerp, Copenhagen, Stockholm, and Oslo, White is now working his way up the Eastern Seaboard and into Canada, toting along two bands, three guitars, a dud-free back catalogue, and a rapport with his current bands that verges on the familial. The stage-managing is as meticulous as ever: After the galvanic opening song, “Sixteen Saltines,” a giant Third Man Records logo unfurls from the back of the stage while roadies, looking like Dick Tracy henchmen in fedoras and matching ties, scuttle back and forth to futz with equipment and replace strings as needed. But if the material presentation is carefully calibrated and downright Apollonian, the stagecraft is as Dionysian as the Stripes at their thrashiest, with White careening across the stage, arching backward during solos, frequently losing his hat (always scooped up by one of the aforementioned bodymen), and engaging in the kind of flop-sweat theatrics that put most modern metal acts to shame.

Tracks from the new album, including “Missing Pieces,” “Hip (Eponymous) Poor Boy,” and “Freedom at 21,” share time with Stripes classics, songs from the Dead Weather and the Raconteurs, plus a Hank Williams medley and a semi-obscure Danger House/Daniele Luppi track, “Two Against One,” to which White contributed vocals in 2011. Throughout, White shares various precious moments with each of his bandmates—bouncing from Daru Jones, pounding on his drums, to Fats Kaplin, obscured behind a gray moptop as he alternates between stately electric violin solos and country slide licks in service to White’s Nashville fantasias. (Jones is especially sly and versatile as he trades hard-hitting but sophisticated polybeats with blatant and welcome imitations of Meg White’s bass-and-cymbal work.) Lithe and responsive, the ensemble adapts with ease to White’s innumerable tempo changes. No supergroup, they’re not mere session guys either. White has incorporated them into the proceedings in a full and fruitful way—a rare move among concept guys, and even rarer among rock über-stars.

For all the wall-of-shred sonics, the songs never grate or tire. White emphasizes pace and dynamics: He’s still king of the pregnant pause, of the ghost story masquerading as love song (occasionally, he’s lit below by a baby spot in an effect reminiscent of Nickelodeon’s Are You Afraid of the Dark?). He flips into falsetto, then turns around and spits like Method Man. And then there’s the guitar, which White plays with more distinction than nearly anyone else working today. Nels Cline has greater command over his pedals, and Derek Trucks drops fewer notes, but both lack the considerable attitudinal advantage of simply being Jack White. His sense of narrative and sheer emotional intelligence renders all that shredding something altogether more important: He plays to the song, and—go figure—few guitarists do better call-and-response work with a drummer, work best exemplified last night in the instrumental breakdown to “Steady As She Goes.”

When White takes a solo, he’s usually on his toes, his audience likewise, thanks both to magician-worthy stage surprises and to the consistent vitality of tunes both new and old. From the blues, White learned the rudiments of his guitar style, and a way of writing bone-deep songs about romantic masochism; from Dylan, he learned to bedevil the old truths through obliquity and wordplay. In the garages of Detroit, he welded a sound that made Son House antiquities appeal to punkers and hipsters alike. In his songs, apparently good-faith introspection is frequently undercut with a sort of Dylan-esque spite.

But White has proven one of the more durable rock stars by maintaining an elemental grasp of a near-universal human self-scuttling impulse. In his lyrics, he deals a lot of advice—chastising enablers, abusers, clingers, slackers, really anyone hypocritical in love. He shoots for the axiomatic and sometimes misses, verges on the sententious or the angsty, but then turns and assumes the voice of a man (or woman) beset with self-doubt; the androgyny of White’s stage-presence, vocal delivery, and song selection (cf. “Jolene” or “Blackjack Davey”) ought to silence once and for all the occasional accusations of sexism.

Not all of his experiments have worked, but none of them have failed, partially because, while always walking his own path, White understands that the best rock is always an exchange, and he’s built a career on collaborations—with Meg, Allison Mosshart, Wanda Jackson, Loretta Lynn, the current bands, even Steven Colbert—all without ever slipping into the role of schmoozer/scenester. Outwardly, he emphasizes primary colors, even monochromes, and while his sometimes blunt instrumental attack extends this ostensible elementalism, his songs over the past five years offer an ever-enriched sonic palette and lyrics that cast rock ‘n’ roll as self-help. One example: the line “Knowing that helpin’ yourself could be hurtin’ or harmin’ someone…” from “Take Me with You Before You Go,” which begins with a gentle 6/8 piano figure before blossoming, on stage, into electric splendor as White picks up his Gretsch Penguin and the drummer crescendoes, the tune climaxing in a way that U2 only wishes it could match.

White’s camaraderie, as ever, extends to the audience: He conducts each sing-along with a giddy smile. “My name’s John, but my friends call me Jack,” he told us by way of introduction, and that list of friends seems to be ever-expanding. From the early, candy-cane Stripes bubble, White has gone from Dylan-esque self-protection to something approaching magnanimous empathy. In “Freedom at 21,” White sings of a woman who “don’t care what color bruises she’s leaving on me.” The joke is that he doesn’t seem to blame her. 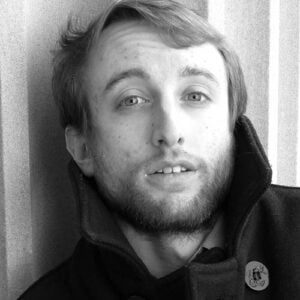