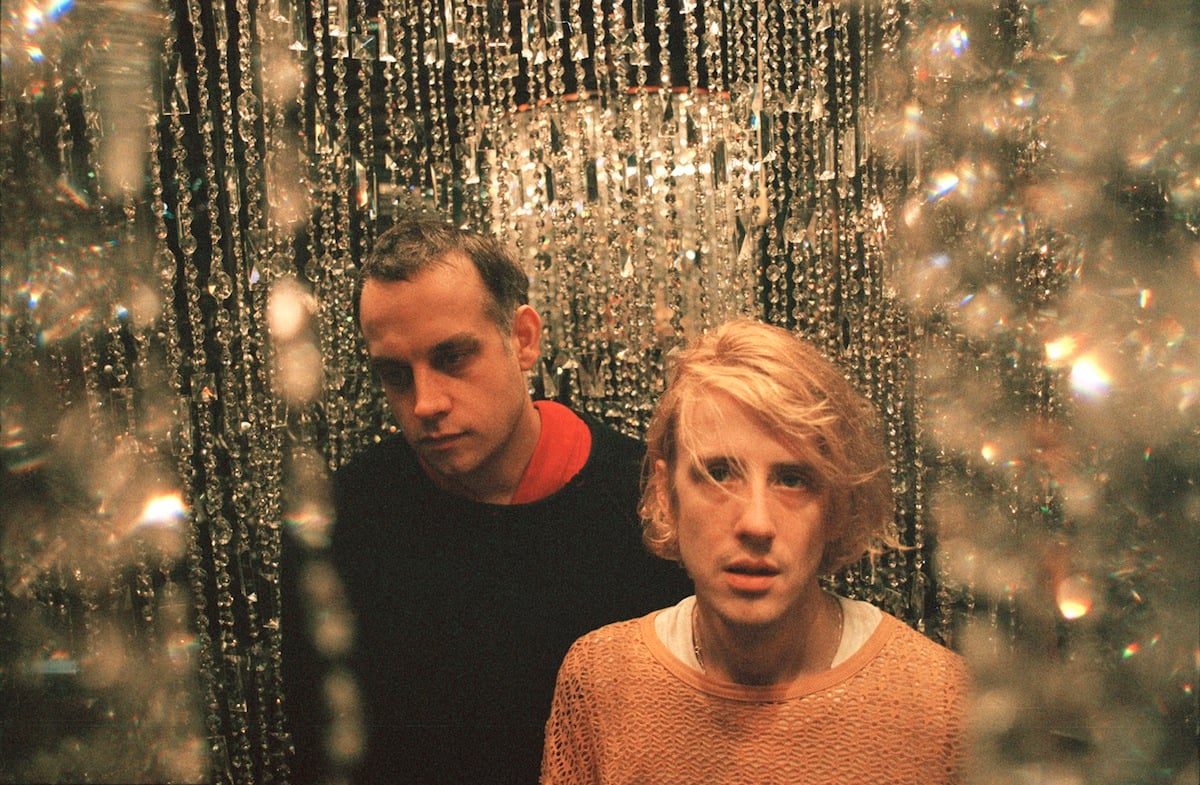 Girls, “Vomit.” Evoking a sense of nostalgia while managing to sound completely fresh is something San Francisco’s Girls accomplish with more finesse than many of their contemporaries. On first listen, “Vomit,” from the band’s upcoming Father, Son, Holy Ghost, could pass for a classic chamber-pop ballad circa 1989, yet Christopher Owens’s assailable delivery places it beside other evocative Girls tracks like “Summertime” and “Heartbreaker.” “Vomit,” the title of which was inspired by a passage in the Old Testament, is, without question, a song about being lovesick. Drifting in at a snail’s pace with humble guitar plucks followed by Owens’s ruminations on his search for, seemingly, the one that got away, “Vomit” leads the listener across a vast plain of raw emotions and boundless musical concepts. While the instrumental tempo shifts often, the message remains consistent throughout: “Well, it’s not enough to be/I need your love.” Mike LeChevallier

Neon Indian, “Fallout.” The latest peek into Neon Indian’s second album, Era Extraña, cements Alan Palomo and company as experts of elevating flanging and reverberation into realms of irreversible elegance. If there’s ever a DJ playing an exclusively chillwave set at a prom or wedding (which sounds awesome), “Fallout” would be a suitable choice for the evening’s final slow dance. The scintillating synths, thrusting percussion, and desirous tone in Palomo’s voice as he questions his ability to give up on slipping adoration would undoubtedly result in a staggering amount of teens making out on the ballroom floor. ML

The War on Drugs, “Best Night.” The leadoff track on the War on Drugs’s new album, Slave Ambient, is so mellow and country-tinged you’d never guess it’s a track about dying dreams and “a million miles to climb.” If Nebraska-era Bruce Springsteen went shoegazing, this might be the result. Frontman Adam Grandunciel’s lethargic crooning helps keep the band’s dueling guitars under control in and around his gentle strumming. “Best Night” is a track whose parts you’ve heard a thousand times before, but the War on Drugs is able to still make the combination sound fresh and friendly. Michael Kilpatrick