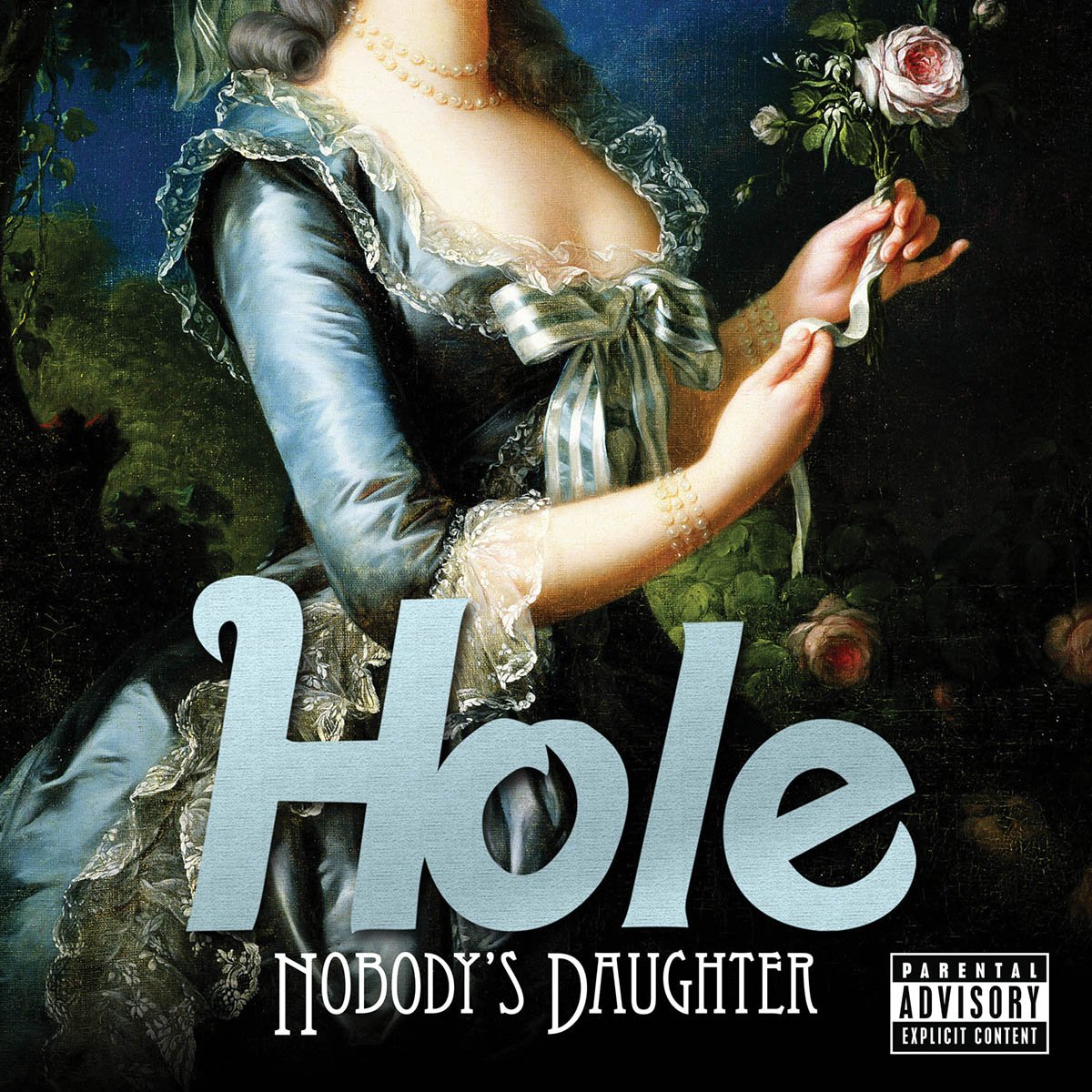 “I’ve lost my voice,” Courtney Love sings at one point on the new “Hole” album Nobody’s Daughter, essentially an amped-up version of what was once her long-in-the-works sophomore solo album How Dirty Girls Get Clean. But Love has always sounded like other people, and her cadence on a new version of what would have been that album’s title track recalls that of PJ Harvey, and there are subtle shades of Patti Smith throughout. It’s Marianne Faithfull’s substance-ravaged voice, however, that comes to mind most often while listening to songs like “Honey” and “For Once in Your Life.”

The latter track is, in fact, one of Love’s most raw and vulnerable vocal performances to date. Co-penned by Linda Perry, the song offers a rare glimpse into the mind of a woman who, for the last 15 years, has been as famous for being a rock star (“I swear I’m too young to be this old”) as she’s been for being a victim (“I’ve pierced the last hole in my arm/To gouge out the pieces of you”). Make no mistake: Despite Love’s desire to cash in on the Hole brand, Nobody’s Daughter, the band’s first record not to feature lead guitarist Eric Erlandson, is indeed a solo album, and “For Once in Your Life” is a revelation, exemplifying everything a solo album should be. It makes one wonder what the presumably more stripped-down, Perry-produced Dirty Girls would have sounded like; after all, what’s more punk than recording a confessional folk album?

Nobody’s Daughter is less interesting than America’s Sweetheart, in a rubbernecking kind of way, but it’s infinitely better constructed, having more in common with 1998’s glossier Celebrity Skin, which was also produced by Michael Beinhorn. Still, Love’s screams sound more authentic here. The album’s lead single, “Skinny Little Bitch,” is sexy and thick, featuring a rubbery bassline and guitar riff, climaxing with a sped-up rhythm section accompanied by Love’s signature shrieks, while “Samantha,” about a hooker trying to make good, explores themes reminiscent of the ones found on Hole’s seminal Live Through This. The song’s final refrain, “People like you fuck people like me in order to avoid agony,” is one of the strongest on the entire album.

The rest of Nobody’s Daughter is largely hit or miss. The album is bookended by songs composed solely by Love: The title track is lyrically amateurish, filled with the kind of macabre imagery you’d find in a high school student’s poetry or a Nine Inch Nails album, while the bonus track “Never Go Hungry,” on the other hand, impresses for its effortless couplets. Of course, there are the requisite widow songs, but aside from a few surprisingly candid observations (“Your end and my beginning/Oh, they need no introduction,” Love sings on “Honey”), it’s nothing we haven’t heard before. And that pretty much sums up the album as a whole, which hints at the possibility of Love discovering a new voice, but never quite finding it.