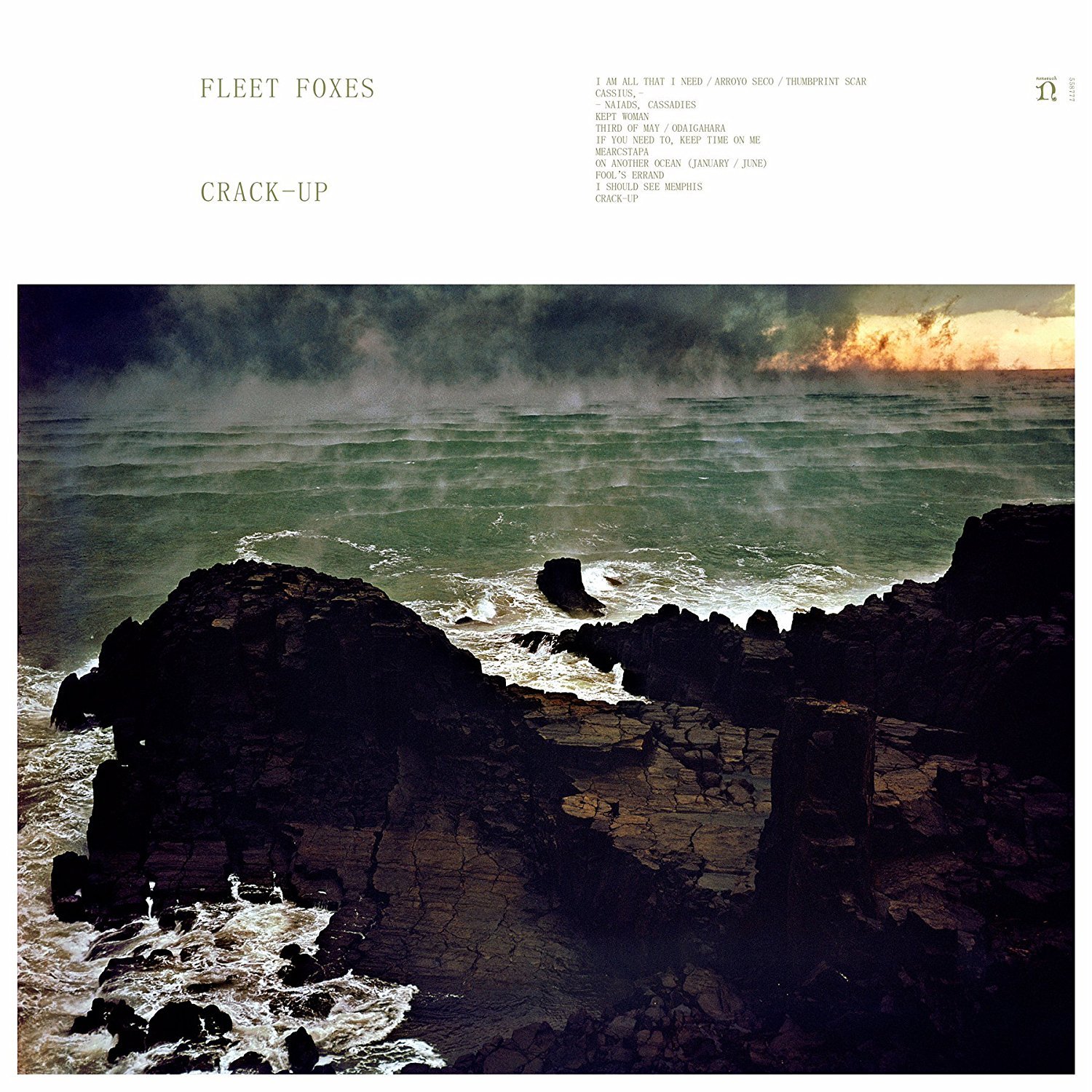 On 2011’s Helplessness Blues, Fleet Foxes frontman Robin Pecknold explored the existential angst of feeling adrift, at one point confronting the naïveté of a childhood spent believing he was a unique “snowflake,” a term that’s taken on a far more pejorative hue in the six years since the last Fleet Foxes album. When Pecknold sings, “You’re not a gift/You know you’re not a flower” on the Seattle indie folk band’s long-awaited third album, Crack-Up, it’s a further refutation of youthful illusions, delivered with the resolution of a wiser, if perhaps world-wearier, man who’s increasingly unafraid to confront the bleaker aspects of the human condition.

Pecknold titled the album after an essay by F. Scott Fitzgerald that celebrates the intelligence of being able to “hold two opposed ideas in mind at the same time and still retain the ability to function,” a concept reflected in the music by the juxtaposition of quiet, meditative moments with lush, prog-tinged expanses of sound. The band largely sheds the quaintness of the sunnier melodies of their earlier work, instead embracing melancholy and darkness, crafting a sound that’s both different in form from past efforts and also feels familiar in its use of soaring harmonization and acoustic instrumentation.

Eschewing formal verse-chorus-verse structures, the songs on Crack-Up roam more freely, starting and stopping abruptly, often disjointed to the point of becoming medleys. This is perhaps most evident on “I Am All That I Need/Arroyo Seco/Thumbprint Scar,” where Pecknold opens with a muttered self-affirmation before the track unfurls into a jangly flurry of guitars and strings, periodically returning back to a whisper.

With the exception of “Cassius,” which touches on police violence and the protests it’s sparked in recent years, Pecknold’s lyrics remain opaque. Despite a bevy of grim sociocultural subject matter to comment on in 2017, he turns further inward, cloaking his emotions in mythic references and nature metaphors instead of wearing them on his sleeve. This tendency toward obfuscation is one of the more frustrating aspects of his songwriting, and it’s most glaring on “I Should See Memphis,” where references to Civil War battles and ancient Roman conspirators will potentially alienate the less scholarly listener and distract from a song that also offers more personal thoughts about the “perdition” felt during the band’s “long vacation.”

When Pecknold turns to elemental imagery, he doesn’t use it in the purifying sense, but rather as an obstacle or threat. “Cinder and smoke hanging in the air” obstructs vision in “Kept Woman” and smoke menacingly surrounds Pecknold’s addressee on “On Another Ocean (January/June).” Water is often cast as a turbulent force, as illustrated on the churning ocean storm of the album’s cover, while he sings of “dividing tides” on the title track and of “lashing rain” on “Third of May/Ōdaigahara,” written as a tribute to the band’s early years of both rising success and growing tumult.

Pecknold too often relies on riddles, grandiose imagery, and oblique references, but that only mildly detracts from these gorgeous, unpredictable arrangements. By otherwise masterfully navigating between dark and light, quiet and loud, sparse and lush, Crack-Up takes contrasting musical ideas and textures and makes them functional, if not transcendent. Ultimately, though, the album fails to shed much light on the mind of an artist more preoccupied with shrouding his songs in crashing waves, shadow, and smoke.

Review: Steve Earle & the Dukes, So You Wanna Be an Outlaw