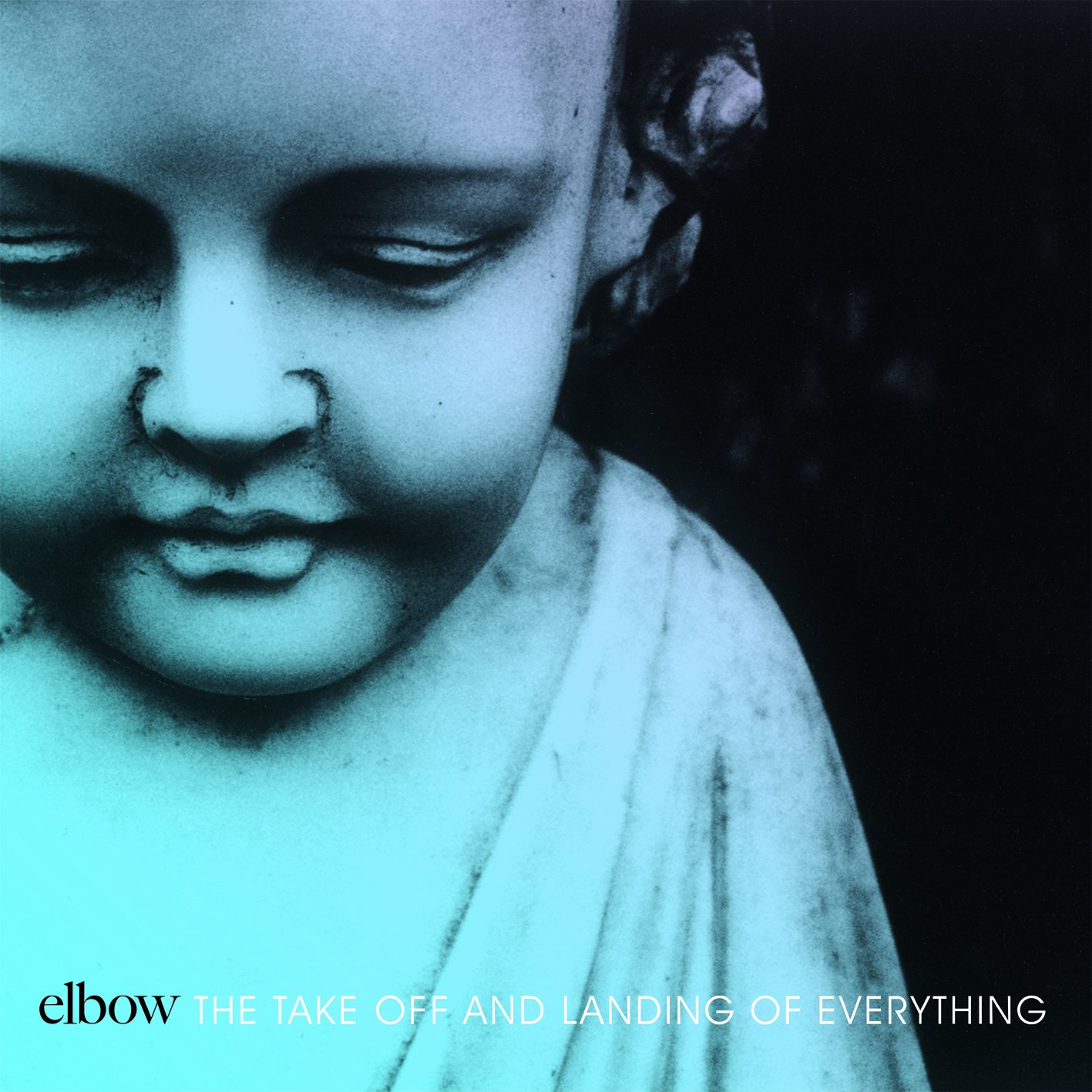 Elbow’s Guy Garvey may be a sentimentalist, but he wades into the morass of emotion aided by a startlingly clear melodic vision and articulate lyrics, refusing to outsource his earnestness to musical clichés, like swelling cellos and hooky, anthemic choruses. Not that The Take Off and Landing of Everything, the band’s sixth album, is short on either cellos or choruses, but they never function as placeholders or shortcuts to emotional immediacy. Despite recording parts of the album in the middle of a breakup, Garvey takes the long way round, getting to slightly sloshed musings on love, the universe, and everything by way of “a bottle of good Irish whiskey” and local details, like his description of “the gentle lunette at the top of the nape of the neck that I wake to” in “Fly Boy Blue/Lunette.”

The mostly sedate, prog-rock-influenced band continues to stay firmly British in their influences, channeling both the hazy, complex textures of early Genesis and the electronic adventures of Radiohead. The workings of the songs never stage themselves as clever or experimental, but the extended playing time of many of the tracks allows for interlocking parts to unfold in varied, sometimes surprising, directions. “Fly Boy Blue/Lunette” deconstructs Garvey’s slinky, double-tracked delivery midway through with a maniacal guitar lick and a squealing horn section, and opener “This Blue World” withholds its payoff until five minutes into the song, when Garvey pushes his baritone into a gorgeous variation on the melody, like a heavy plane coming off a runway.

Amid 10-cent words like “profligate” and “apothecary,” the album creates its own gentle web of reference, using the images of angels, flight, blue skies, and oceans across multiple tracks. The trans-Atlantic images are partly metaphorical, partly autobiographical, since “New York Morning,” a paean to the city, was ostensibly penned while Garvey was in Manhattan’s Moonstruck dinner. Perhaps too much under the city’s sway, the song quickly succumbs to bathos: “Oh, my giddy aunt, New York can talk/It’s the modern Rome where folks are nice to Yoko.” When Garvey moves the drama back to his usual greater Manchester habitat, he fares far better. The grimy organ and driving rhythm of “Charge” lends the pub grouse of a middle-aged drinker realizing his own dispensability a melodramatic gravitas, depicted with bitter wit: “Glory be/These fuckers are ignoring me/I’m from another century.” Depictions of drinking provide a kind of barometer for aging, from the soured, lonely hedonism of “Charge” to the melancholy, ruminative friendships of “My Sad Captains,” titled after a line from Shakespeare’s Antony and Cleopatra: “Another sunrise with my sad captains/With who I choose to lose my mind.” The Take Off and Landing of Everything gives us mostly familiar surroundings, but it makes for fine company.

Review: Kylie Minogue, Kiss Me Once