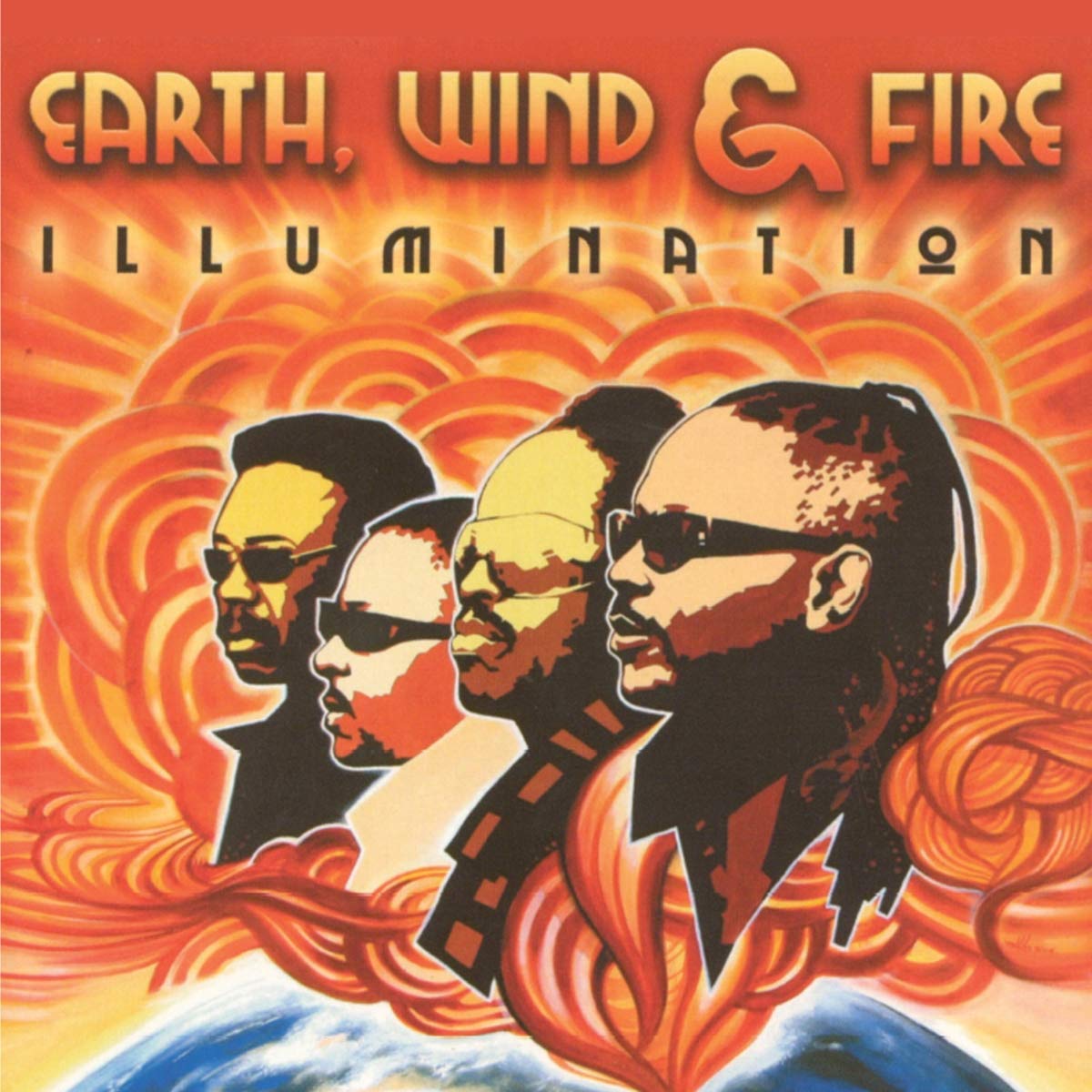 Is it sort of disingenuous to sanction your own tribute album, and then to party-crash it? Because that’s what Illumination most resembles: a cadre of R&B producers and songwriters contribute modern imitations of the vintage Earth, Wind & Fire sound only to have their songs snatched, compiled, covered by EW&F themselves and released as their own potential Steely Dan Grammy-chasing comeback. I’m guessing the etymology of the song title “Pure Gold” even leads directly to the promise of industry awards. If that’s indeed the case, then they could do a lot worse than recruiting the Grammy-darling Black Eyed Peas’ will.i.am for their album’s opening shot “Lovely People” (nod to EW&F ClassicSound®: the ubiquitous kalimba noodlings from EW&F’s recrudescent paterfamilias Maurice White), an “Africano”-bumping workout on the tribal kick drums that, because or in spite of really really not resembling anything related to the one-time Salty Peppers, sounds fresh. Also thick in the ass, the body part that EW&F’s funk catalog left most conspicuously undernourished. Jimmy Jam & Terry Lewis’s “Love’s Dance” (nod to ClassicSound®: Velveeta-downy multi-part harmonies) also attempts to redress the ass-neglect, sounding almost like an agitated, electrofunk remake of Marvin Gaye’s cowbell jam “Got To Give It Up.” But their aforementioned ballad “Pure Gold” (nod: overly sweet rhythm guitar accents) dies on the revival table, not only failing to successfully evoke obvious forerunners like “I’ll Write A Song For You,” but also bringing the mood down on the Roll Bounce soundtrack. Most of the other trademarked Earth, Wind & Fire-isms get their due—“Show Me The Way” gets the deliberate horn section interjections and TomTom 84 string longueurs, “Liberation” emerges as a tasteful midtempo instrumental a la “Runnin” (tasteful like an ‘80s Orange Juice commercial), Brian McKnight’s contribution “To You” more or less steals whole passages from “Love’s Holiday” and “After The Love Has Gone” in the most shamefully “This Is Your Life” postmortem moment to ever grace a tribute album—but it’s precisely this apportionment of musical details and an apparent unwillingness to stray too far from the band’s legacy that keeps Illumination from ascending to the heights of “Fantasy.” And then there’s the bonus track. Unfortunately, EW&F seem to have taken a few stray remarks about how much the chorus to OutKast’s “The Way You Move” (which they performed, you guessed it, at the Grammys) resembled their harmonizing of yore to heart. Like nearly everything else about Illumination, their “The Way You Move” doesn’t resemble either cover or tribute so much as outright theft. Why Kenny G is driving their getaway car is anyone’s guess. Must be the bottomless tank of gas.

Review: Metric, Live It Out