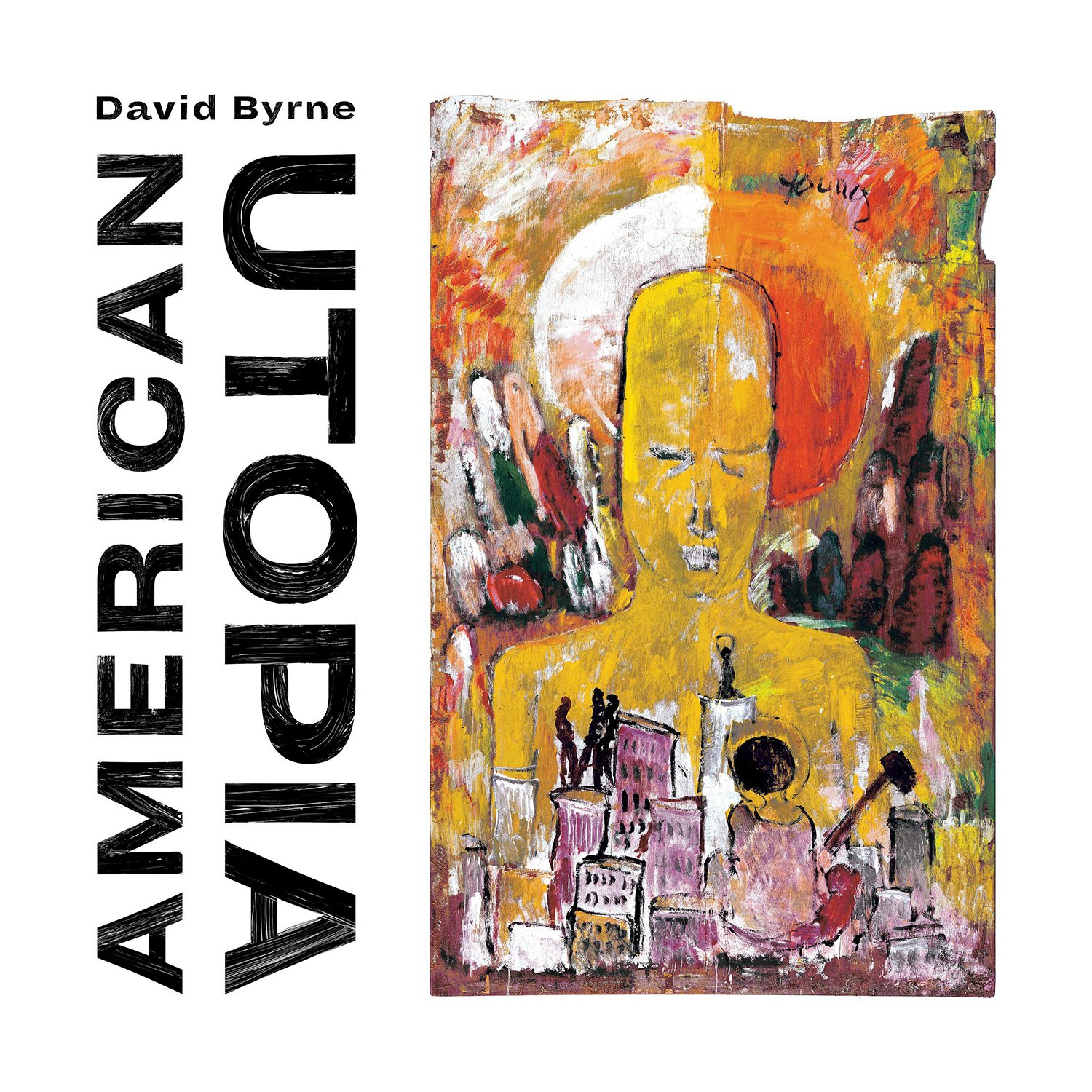 During the heyday of the Talking Heads, David Byrne perhaps most clearly defined his vision of an American utopia from 40,000 feet in the air. “I wouldn’t live there if you paid me,” he sang on 1978’s “The Big Country,” paradoxically embodying and satirizing the stereotypical New Yorker’s disdain for flyover country. “I couldn’t do the things the way those people do.”

Four decades later, Byrne is feeling more generous, though he remains equally detached. His new album, American Utopia, is, as its title suggests, a response to America’s tense, anxiety-ridden Trump era. It’s an America one could imagine the more paranoid, neurotic Byrne of the late ‘70s chronicling with the requisite sense of alienation and dread. This being latter-day Byrne, however, the dominant mood is one of daffy, pie-eyed optimism.

On the soaring “Every Day Is a Miracle,” Byrne pairs the bland affirmations of the chorus with a litany of stoner epiphanies: “A cockroach might eat Mona Lisa/The Pope don’t mean shit to a dog/And elephants don’t read newspapers/And the kiss of a chicken is odd.” On “A Dog’s Mind,” he sings the line “A dog cannot imagine what it is to drive a car” with—one hopes—mock-profundity. There’s some poignancy to “Bullet,” which mournfully tracks a bullet’s progress through a man’s body, but Byrne’s goofily abstracted language—the bullet, we’re told, traveled “like an old gray dog on a fox’s trail”—makes the song unlikely to be played at a #NeverAgain rally.

Byrne has always been an awkward humanist, and his defamiliarizing lyrical approach is better suited to mundane details than sweeping, Springsteen-style state-of-the-nation proclamations. “This Is That,” a collaboration with experimental electronic musician Oneohtrix Point Never, is somehow both wistful and mathematical in the way it pinpoints feelings as fleeting moments in time; it’s a more sober successor to the Talking Heads’s “This Must Be the Place,” which plotted emotions in space. Lead single “Everybody’s Coming to My House” favorably recalls the Byrne of “Making Flippy Floppy” from Speaking in Tongues, dispensing postmodern koans over a jagged funk riff: “We’re only tourists in this life/Only tourists, but the view is nice.”

“My House” was co-written by Byrne’s longtime collaborator, Brian Eno, who also contributed production work to American Utopia. While any collaboration between these two art-rock icons is welcome, this one is closer in spirit to the placid NPR-rock of 2008’s Everything That Happens Will Happen Today than the frenetic post-punk experimentalism of 1981’s My Life in the Bush of Ghosts. Notwithstanding the presence of contemporary artists like Sampha and Oneohtrix Point Never, American Utopia lacks the rough edges and sharp angles of even 2012’s Love This Giant, Byrne’s collaboration with St. Vincent.

American Utopia’s understated tastefulness makes particular sense in its context as part of Byrne’s multimedia project, “Reasons to Be Cheerful,” a collection of positive counterpoints to the ongoing international bad-news deluge. That’s an idea that sounds on paper like white liberal bullshit but is actually kind of nice: selective cultural engagement as a form of self-care. And while American Utopia isn’t as vital a statement as it wants to be, it’s the sound of one of pop music’s most idiosyncratic voices continuing to follow his wayward muse. That’s one reason to be cheerful, at least for a few minutes.