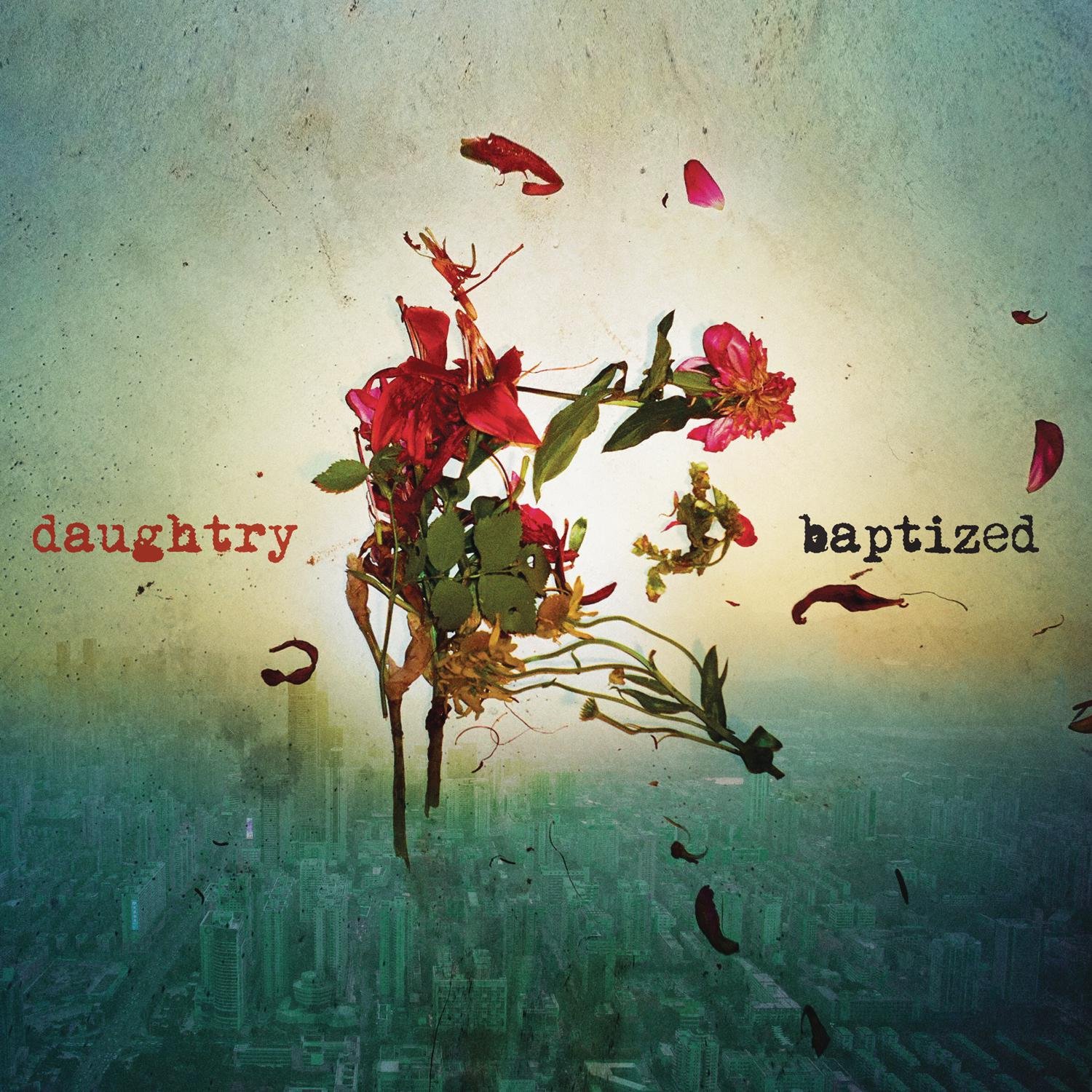 From the highly conflicted and self-loathing legacy of grunge sprang “post-grunge,” a subgenre built on embracing all the formula, cynicism, and cheesy cock-rock tropes implicit in its parent genre. With its slavish love of ‘70s album rock, grunge was always an innately conservative genre, and post-grunge has proudly embraced every red-state atom, giving us bands like Puddle of Mudd and Creed. The latter seems to be a particularly significant point of reference for Daughtry, whose new album, Baptized, might as well be subtitled A Dozen Even More Listless Variations on “With Arms Wide Open”.

Most of the songs on the album follow the exact same template that was already rammed into the ground when Radiohead sheepishly launched “Creep” on a salivating buzz-cut nation in 1992: quiet minor-key guitar over hushed drums and soulful whining before a big crash of drums, electric guitars, and emotive pantomime. The only wrinkles added to this long-congealed mixture is the addition of an underbed of twinkly electronics, or in the case of lead single “Waiting for Superman,” irritatingly shrieking synths seemingly on loan from Avicii. These tricks suggest the band’s namesake, Chris Daughtry, has some level awareness of the genre to which he’s attached his gravy train. These songs don’t lean on the fossilized fuzz-pedal as much as Nickelback continues to; instead, it sounds like Daughtry’s been listening to a lot of Train and EDM, or at least the band’s manager has, because the tempos are a bit peppier than the normal plodding 80bpm post-grunge yawning we’re used to, and all of it is slathered with super-slick, edge-sanding modern-pop production, including the surprisingly liberal use of Auto-Tune.

Pointing out the singularities in any given song on an album like Baptized is asking to sing the praises of one’s favorite drop of water in a stagnant swimming pool. Daughtry has an almost supernatural ability to dip post-grunge in every contemporary popular genre simultaneously. These songs wouldn’t be out of place on pop, rock, alt-rock, or even country radio. “Long Live Rock & Roll,” for instance, manages to name-check, either explicitly or implicitly, the Rolling Stones, Bon Jovi, Lynyrd Skynyrd, and John Denver’s “Thank God I’m a Country Boy.” The whole album is a mashup of the familiar that’s programmed not to offend anyone who loves any of the genres or artists from which it liberally swipes its sound.

Even the lyrics are designed to say nothing and everything at once. It’s almost admirable in its audacity to open an album with perhaps the most hackneyed and overused sentiment in the history of popular music (“It’s safe to say I’m lost/Without you in my arms”), but the title track isn’t content to stop there. Within its three-plus minutes, an unnamed paramour is urged to “take me down by the water, pull me in ‘til I see the light” and “let me drown in your honey, in your love I wanna be baptized.” Putting aside the wildly disturbing honey/baptism conflation, the sentiments expressed are so generically “lighter-rock-ballad” that one almost wonders if Daughtry is trolling their critics.

That said, neither Baptized, nor the band who nominally co-authored it, were made for the critics. It’s for “the fans,” and beyond that, for the pro football games and dentist’s offices in which the songs will be liberally played for the next year. There’s comfort here for both those markets and for the underbelly of haters who gain great joy in mocking both bands like this and their supporters. In this regard, Baptized may prove to be the most crowd-pleasing album of 2013.