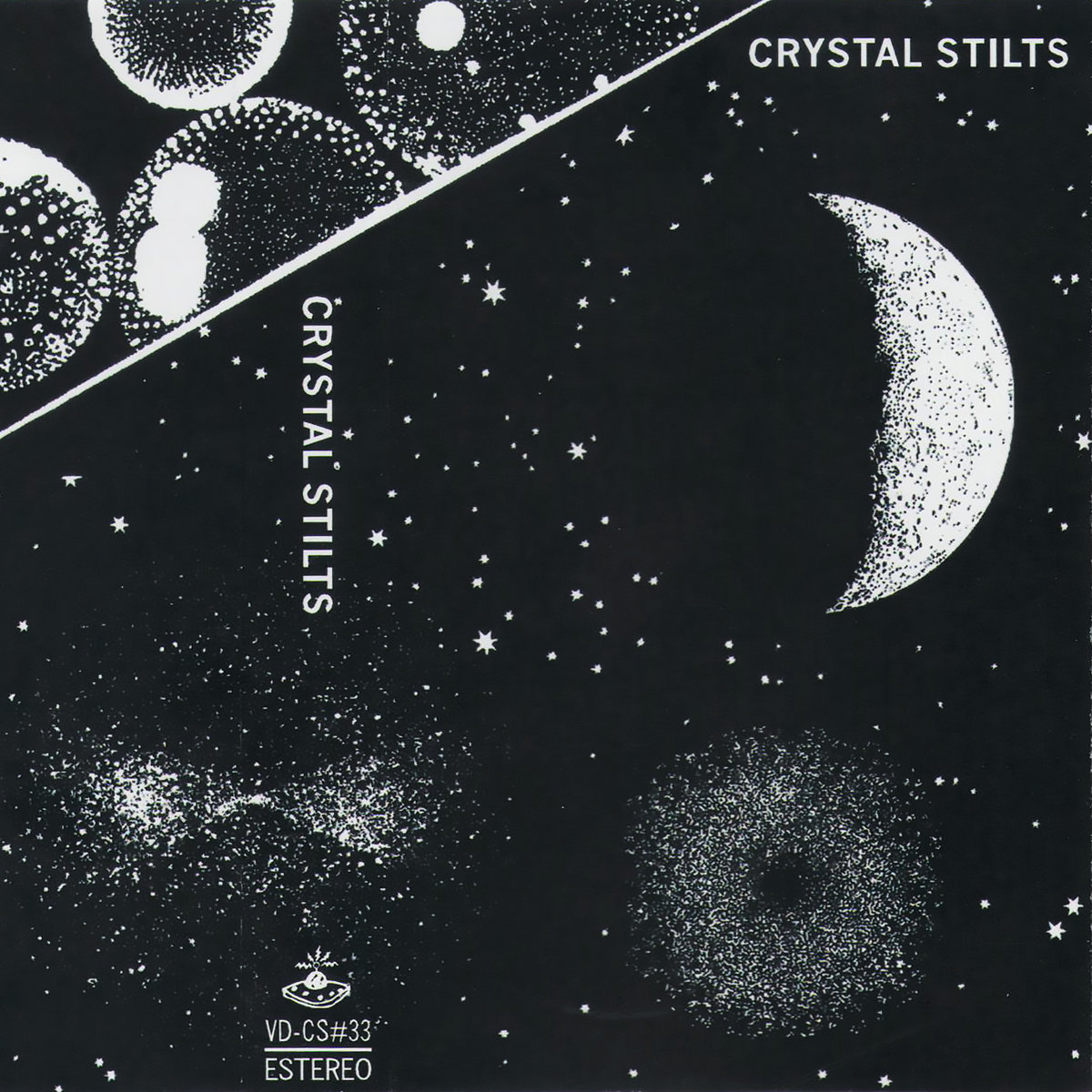 With their sophomore effort, In Love with Oblivion, Brooklyn’s Crystal Stilts assert themselves as a unique presence in the modern noise-pop revival. Considerably less precious than labelmates the Pains of Being Pure at Heart, far less abrasive than No Age, and nowhere near as romantic as Beach House, Crystal Stilts differentiate themselves from the herd with scuzzy, garage-rock charm and dissonant cool.

Stylistically ensnared somewhere between the Byrds and the Jesus and Mary Chain, Crystal Stilts specialize in juxtaposing sunny jangle with cavernous feedback. (For a brisk encapsulation of the band’s routine, see lead single and album highlight “Through the Floor.”) It’s an approach they’ve perfected on In Love with Oblivion, but the group’s reluctance to venture even slightly beyond this template can grow tiresome. Likewise, Crystal Stilts go to great lengths to convincingly emulate the sound of their post-punk influences, occasionally misplacing their own identity inside of slavish reproductions.

While Crystal Stilts never attempt to obscure those influences, many of the album’s most memorable moments come when they attempt to combine them in creative ways. Opener “Sycamore Tree” imagines the B-52’s as a 4AD outfit, coupling trembling surf guitar and funhouse organ with reverb-drenched vocals and a chugging bassline. The menacing, seven-minute-plus freak-out “Alien Rivers,” which channels the Doors by way of Joy Division, is a worthy entry into the canon of songs you should avoid listening to on drugs. Elsewhere, the bouncy “Half a Moon” simultaneously recalls the celestial haze of Galaxie 500 and the garage-rock urgency of the 13th Floor Elevators. These songs go a long way toward making up for vapid homages like “Blood Barons” and “Invisible City.”

Ultimately, In Love with Oblivion is a fine second outing slightly marred by a handful of forgettable tracks. Over the last few months, several of Crystal Stilts’ stylistic contemporaries have released albums that have garnered heaps of critical adoration and exposed them to significantly larger audiences. While Crystal Stilts seem unlikely to experience a similar breakthrough with In Love with Oblivion, the album contains enough winning moments to suggest that one might not be too far off.

Review: Hunx and His Punx, Too Young to Be In Love