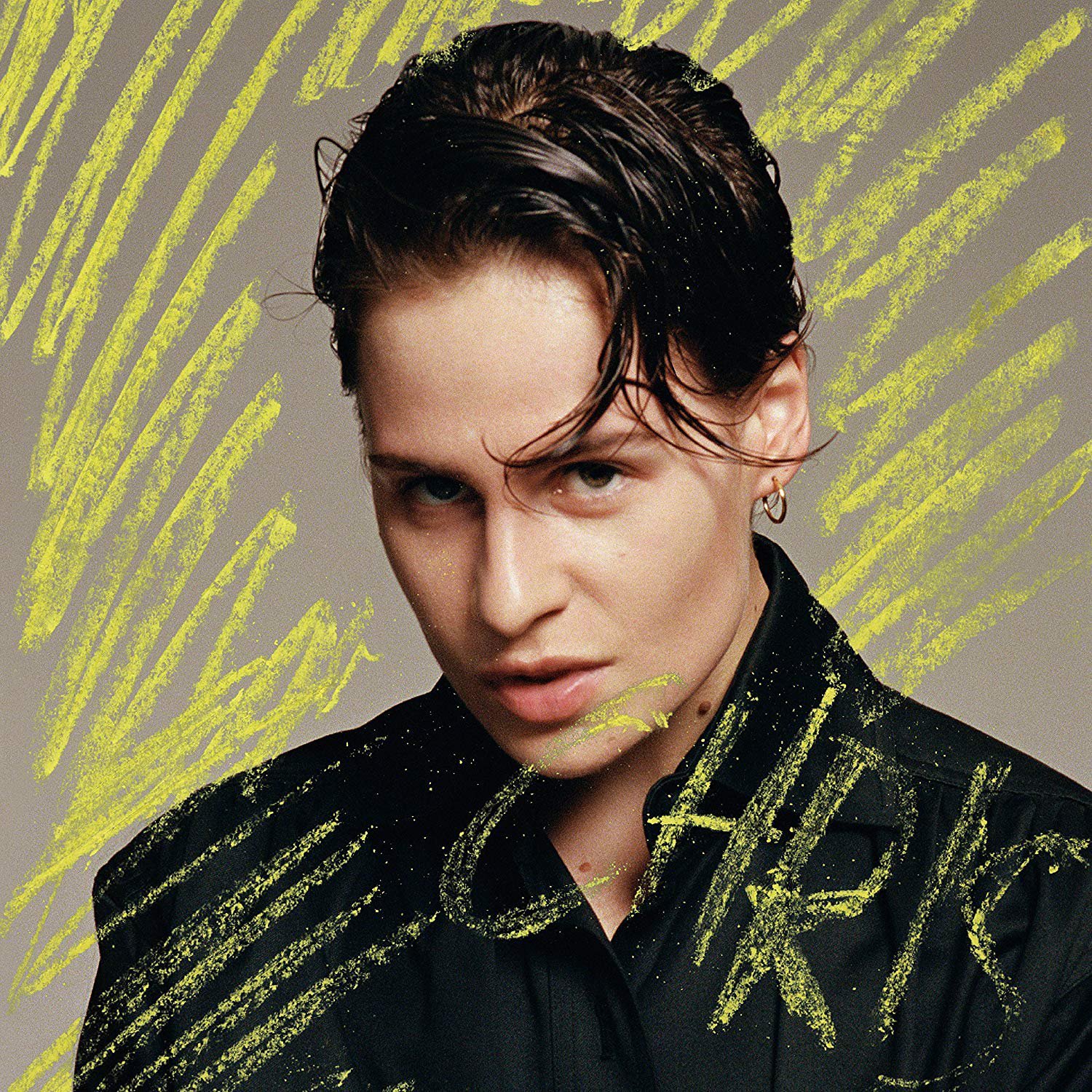 Though French singer-songwriter Héloïse Letissier has been experimenting with androgyny for years—her band Christine and the Queens was inspired by the uninhibited exuberance of a London club’s drag queens—the cover art of her sophomore effort, Chris, is an expression of flamboyant hyper-masculinity. With hair slicked to one side like a 1950s greaser, Letissier cuts a dashing figure as the eponymous character. Unconcerned with the shackles of a binary gender system, she’s both macho and feminine throughout the album, embodying a disregard for definitions in favor of just existing as she is. She’s smooth, seductive, and virile on lead single “Girlfriend,” commanding producer Dâm-Funk’s luxuriant G-funk soundscape like she might a lover. She unabashedly craves sexual fulfillment on “Damn (What Must a Woman Do),” letting out moans that are as melodious as they are carnal.

Letissier reinvents the pop formula on Chris with a critical eye for ambience and texture. The off-kilter “Goya Soda” pairs a playful melody with a glittering synth patch and a soothing backing vocal reminiscent Enya. The staccato beats and chorused vocals of “Feel So Good” make for electrifying, jittery dance music. Letissier complicates the ubiquitous influence of ‘80s pop by carving out negative space from sparse synth arrangements and open-sounding reverb drums, placing herself center stage. She’s both the propelling force and the emotional heart of this album’s music, and she doesn’t sacrifice soul for perfection. At several points, her voice verges on cracking and edges up to the shrill as she reaches for the highest of notes, but her aim is emotional transference rather than precision.

In spite of her ecstatic disavowal of convention, Letissier doesn’t overlook the alienation that comes with being an outsider. On “What’s-her-face,” she revisits a scene of playground rejection: In what is perhaps the most plaintive performance on the album, she laments that though years have passed since that traumatic experience, she’s “forever what’s-her-face,” a subject relegated to the margins. She reveals her struggles with suicidal thoughts and a toxic relationship on “Doesn’t Matter,” and arrives at a galvanizing epiphany: “Run if you stole a shard of sunlight.” This Promethean call to arms is just one of many moments of clarity throughout the album. Unlike most ephemeral pop music today, Chris—like the gender-fluid character at its center—feels consequential and everlasting.