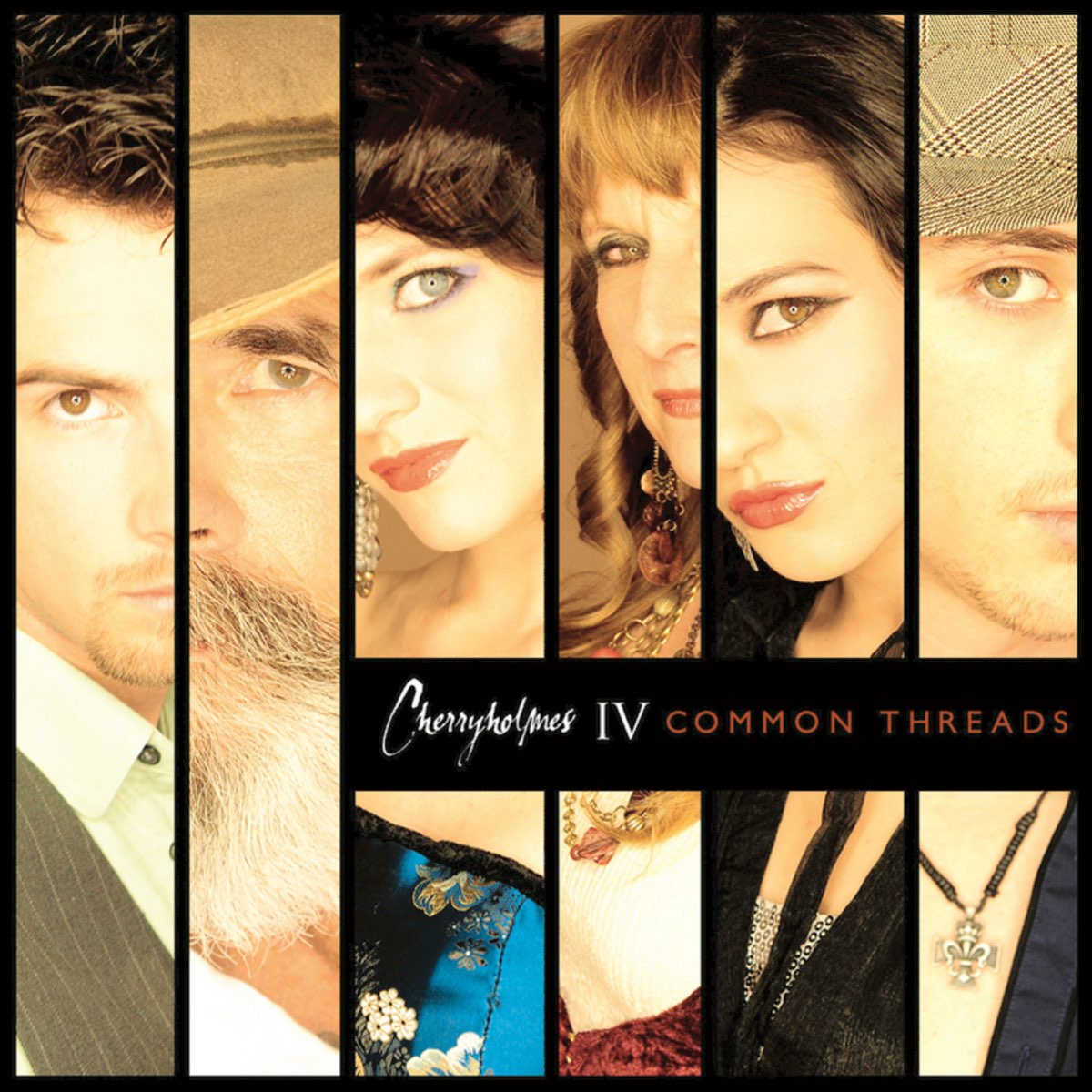 Since signing to bluegrass legend Ricky Skaggs’s label, family sextet Cherryholmes has moved increasingly further away from traditional bluegrass music on each subsequent record. While their overall direction has rankled some genre purists, the family’s latest, Cherryholmes IV: Common Threads, won’t have anyone mistaking them for Béla Fleck or the Punch Brothers. Despite the encroaching influences of other musical styles, Common Threads is still a bluegrass record, and a fine one at that.

There’s simply no flaw in Cherryholmes’s performances: All six members of the clan play, and they all play phenomenally well. Brother Skip’s acoustic guitar runs and youngest daughter Molly’s fiddle work are the standouts, grounding songs like “How Far Will You Go” and “Making Pretend” in traditional string-band conventions. But their use of a distinct rhythm section, courtesy of daughter Cia’s banjo and paterfamilias Jere’s upright bass, also brings a real sense of depth to Cherryholmes’s songs.

It’s the sheer breadth of the band’s that allows them to incorporate some surprising but ultimately effective new influences into their brand of bluegrass. The Celtic-leaning “Weaver of Lies” is one of the album’s highlights, with a minimalist arrangement that stands in stark contrast to the show-offy tendencies of many bluegrass bands. “Changed in a Moment” is equally effective, setting its straightforward Southern gospel narrative against a backdrop that draws heavily from blues and jazz. The walking bass that drives the song isn’t something found on most bluegrass records, but Cherryholmes understands the standards of their home genre deeply enough to keep “Changed” from turning into a Norah Jones or Michael Bublé number.

Also keeping the songs firmly in bluegrass and country territory is Cia’s phenomenal voice. Though each of the family members who take a turn at the mic is an excellent vocalist, Cia is the band’s secret weapon. Combining the power of a young Connie Smith with the phrasing and timbre of Rhonda Vincent, Cia’s superlative performances on opener “When It’s Not with Me Everyday,” “Just You,” and “Weaver” are simply tremendous.

It’s a good thing that Cia is such a powerhouse, because it’s her performances that elevate some less-than-stellar material. Common Threads is the first Cherryholmes album on which the family members have written all of the songs. And while there are no outright duds here, “It’s Your Love” and “Making Pretend” rely too heavily on clichés, and “Live It” has several phrases that don’t exactly fit with the song’s meter. Given some of their inspired choices of covers on previous outings, the family may, at times, have a better ear for picking material than for writing it.

Still, the unimpeachable quality of the instrumental and vocal performances generally balances out a few lapses in the songwriting. And though bluegrass, as the most conservative branch of country music, values adherence to tradition above all else, the risks that Cherryholmes take on Common Threads pay off from an aesthetic point of view. If the album stands to alienate a few more of their diehard fans, it also stands to broaden their audience.

Review: The Futureheads, The Chaos

Review: Hanson, Shout It Out