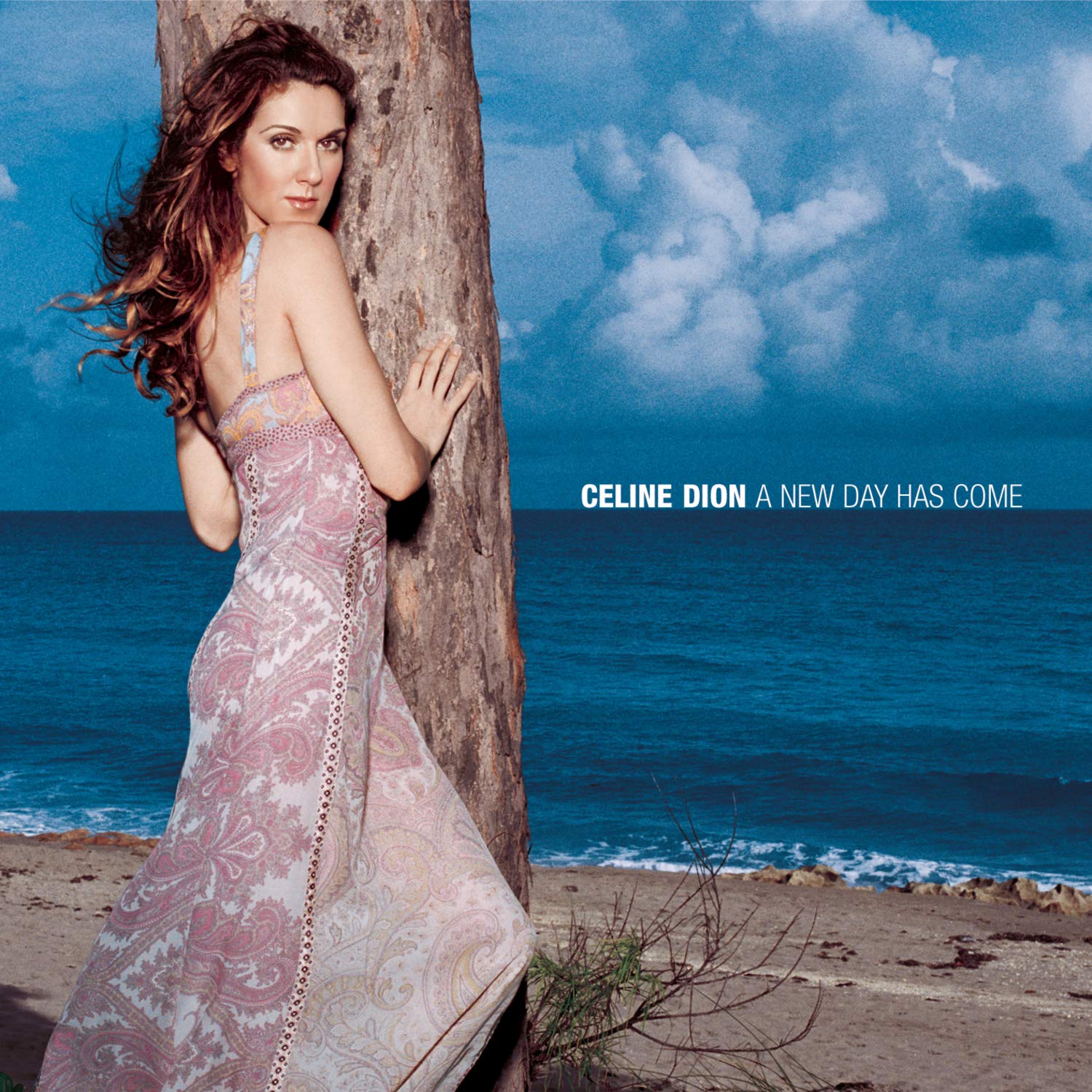 Definitions of thrush: a) a contagious disease caused by a fungus, candida albicans, characterized by a foul-smelling discharge, b) any one of numerous species of singing birds noted for the sweetness of their songs, c) a woman who sings popular songs. All three can, in fact, be used to describe vocal powerhouse and multi-platinum superstar Celine Dion and her music. The worst thing about C to the D-I is that you can’t really expect much; she’s great at what she does (we’ll get to that in a minute) but if she ever tried anything too edgy she’d probably just sound foolish. So that leaves us with more of what she does best. Dion’s return from “hiatus” (Slant Magazine notes that she was technically only gone for two years) comes in the form of a lengthy collection of drippy, gooey pop fluffer-nutter that may leave many with the first of the aforementioned thrushes.

That said, Dion’s attempts at “edginess” on her new album, A New Day Has Come, are largely hit or miss. Imported from teen-pop-happy Sweden, the bubbly “Rain, Tax (It’s Inevitable)” is an inevitable joke—Dion is leagues above drivel such as “Love ain’t like fashion/The look remains the same.” The singer gets the Cher treatment on “Sorry for Love,” an unexpected change of pace that actually works. (Will clubland greet the songbird with hands in the air the way it has other aging divas?) Dion boldly takes a shot at two covers—a soulful rendition of Etta James’s “At Last” and a simple and moving arrangement of Nat King Cole’s “Nature Boy.” It’s in these rare moments that you might forget she ever caterwauled her way through that Meatloaf song.

The album, of course, is packed with the usual adult contemporary fare. “I Surrender” is a power ballad only a singer with Dion’s voice could pull off, while the guitar-driven “Ten Days” is an undeniably catchy pop-rocker with a surprisingly edgy vocal. “Goodbye’s (The Saddest Word),” a track written and produced by R. J. “Mutt” Lange and featuring Shania Twain on backing vocals, is the kind of sappy mama-lovin’ tune that will leave you nauseous or in tears. The album’s standout tracks are the uplifting midtempo number “I’m Alive” and the stirring title track (not since 1993’s “The Power of Love” has a Dion performance been so restrained). In this particular case, the thrush should be noted for the sweetness of her song.