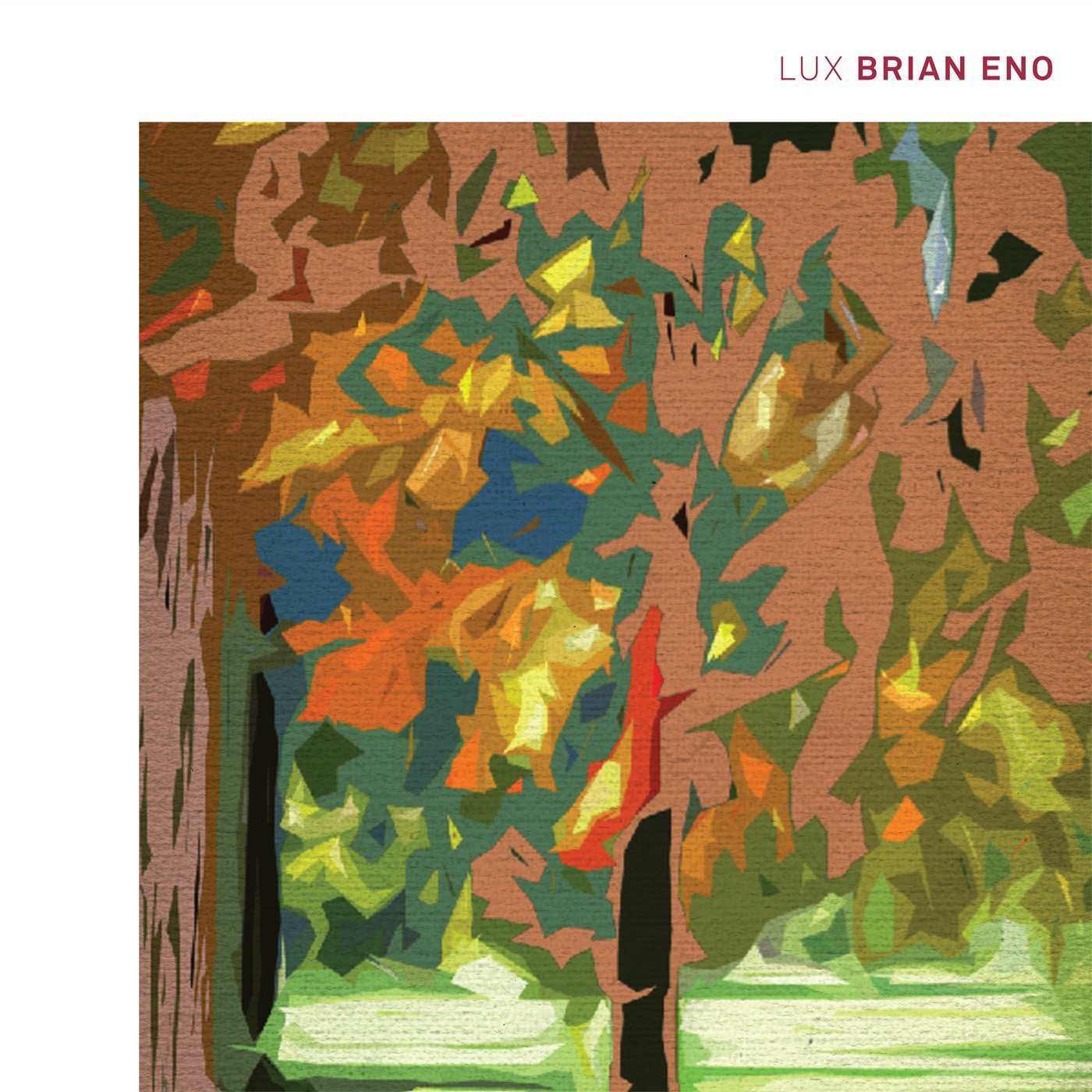 Brian Eno’s first solo effort in seven years, Lux returns to one of the comfortable safety zones of the musician’s late period, sprinkling tinkling piano onto a gentle sea of ambient noise. Refined and brittle to a fault, it’s also marvelously hushed background music bearing none of the marks of aggressive experimentation that Eno brought to his recent collaborative projects, settling for an unobtrusive murmur that suggests a cross between Satie and Sigur Rós.

This may have something to do with the fact that Lux was created on commission from Turin’s Palace of Venaria art gallery, intended as mood music for art enthusiasts. Formally, the album serves as a continuation of Eno’s “Ambient” series, specifically 1978’s Music for Airports, with which it shares a direct link, having premiered in a four-day residency at Tokyo’s Haneda Airport. It’s a logical successor to that seminal bit of elegant elevator music, in that it seems more suited for a Xanax trip than active listening, with the clustered accretion of notes gathering into a sedative force on par with the most calming of tranquilizers, demonstrating the relaxing properties of repetition when used to gradually weave a work of mesmerizing hypnotism. Befitting its purpose, it provides 75 minutes of high-toned white noise, striving to lure its audience into a state of soothed contemplation.

There’s not much noticeable purpose to the album’s four track divisions, though they split the work into movements. It’s fitting that the review copies were serviced in one undivided chunk, since Lux really needs to be listened to as a successive whole in order to appreciate its tidal rise and fall of intensity and the gentle recalling of recurring themes. Things gradually settle into a celestial burble that seems intended to evoke the absolute stillness of outer space, seemingly referencing the opening notes of the theme from Star Trek: The Next Generation: Hearing Eno intone the hushed koan of “space, the final frontier” would probably be the final step in amping up the serenity factor. If anything, Lux could be thought of as another reminder that music doesn’t always need to engage the entirety of the brain, functioning as a welcome excuse for half-occupied reflection, a friendly companion for quiet evenings and Sunday afternoons.