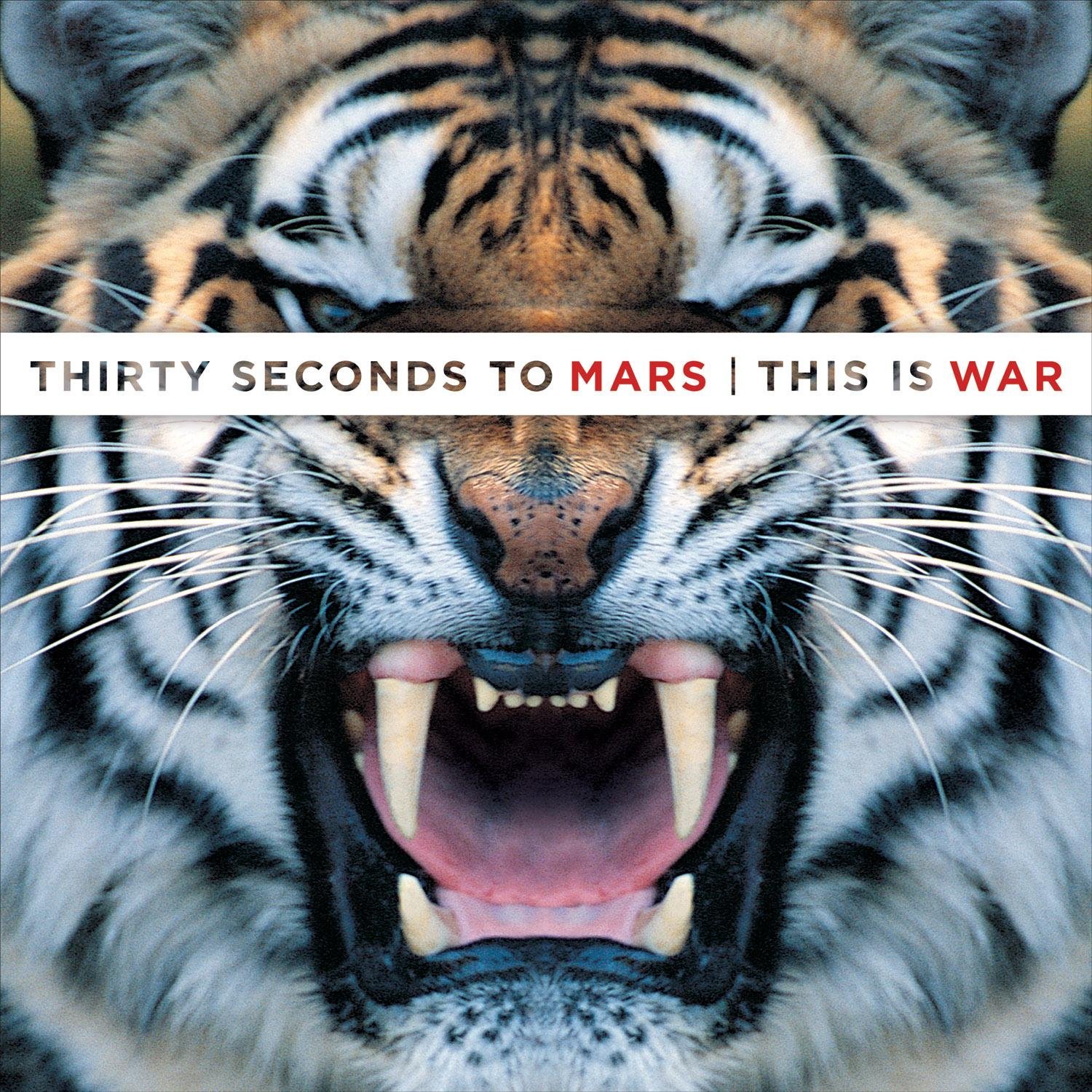 There’s no clearer indication of the melodramatic bent 30 Seconds to Mars has taken with their third album This Is War than the crying hawk that sets off single “Kings and Queens.” With that literally soaring aural cue, the trio’s intent becomes clear: This is anthemic art rock, a sound that boldly rings like a cross between Linkin Park’s grungy emo-pop and U2’s brand of commercial rock. Unapologetically heavy-handed, the album features leadman Jared Leto often channeling both Chester Bennington’s anguished wailing and Bono’s whispery “Fly” persona all on the same track.

And yet, despite all the mish-mashed parts, This Is War works on the same level that over-the-top films such as Crank and Shoot ‘Em Up do—namely, by pleasing audiences with their blatant ridiculousness and unhinged bravado. One need not look any further than “Hurricane” for that. A collaboration with Kanye West, the piece has all the clunky flaws listeners have come to expect from rock-rap hybrids, and yet it revels in each of them. Leto clearly relishes his role as the angsty, deeply reflective rockster with the appropriately piercing voice to match his overly profound thoughts, and West does his job chipping in the usual vocoderized observations.

Elsewhere, This Is War is made serviceable by its polished showmanship. “Night of the Hunter” is quiet, then furious, then coy, and finally lofty, with all phases appropriately timed to craft the perfect sonic drama. Such is the album’s strength, with its songs as strategically shot scenes and Leto as its prime actor.