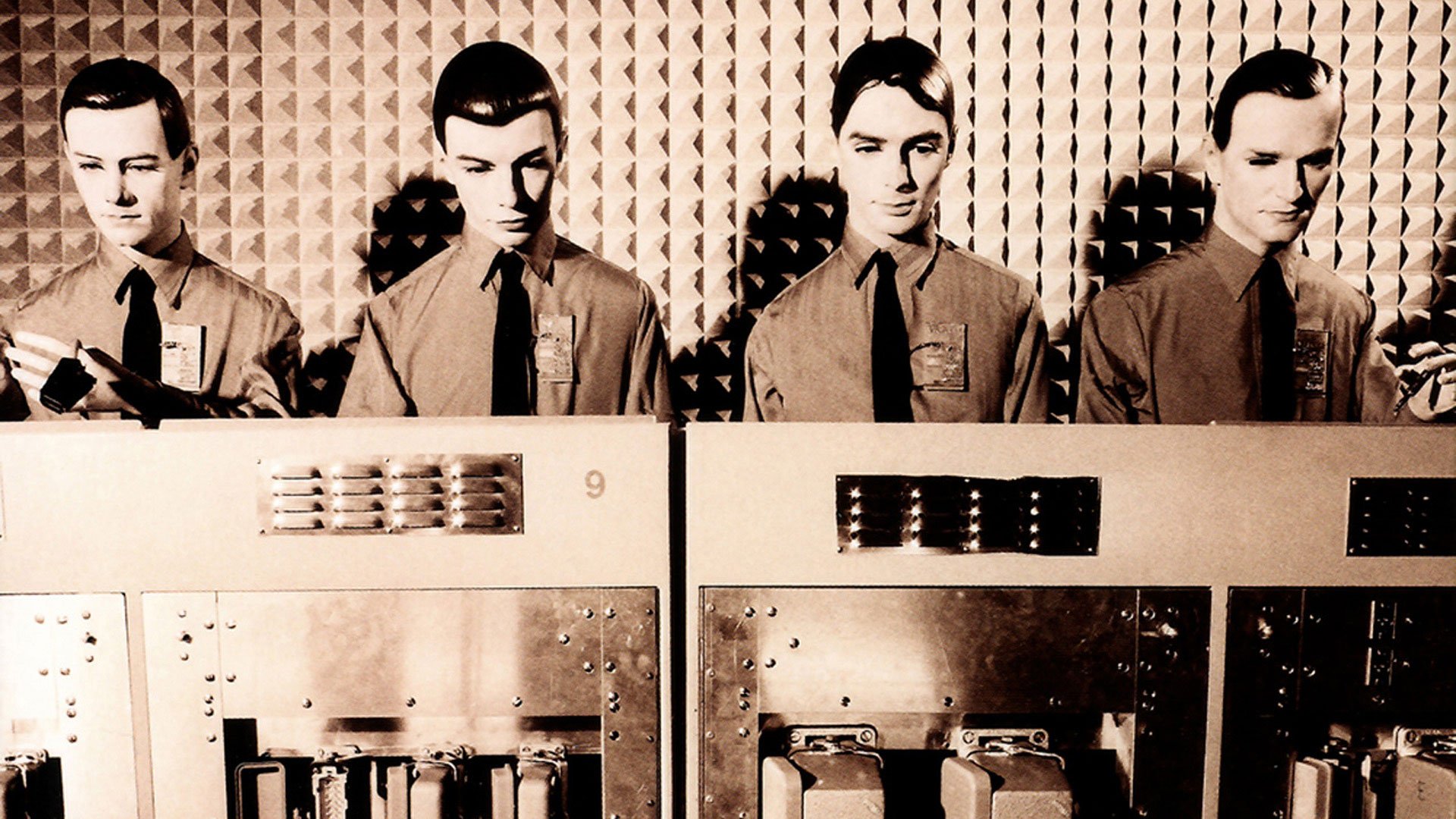 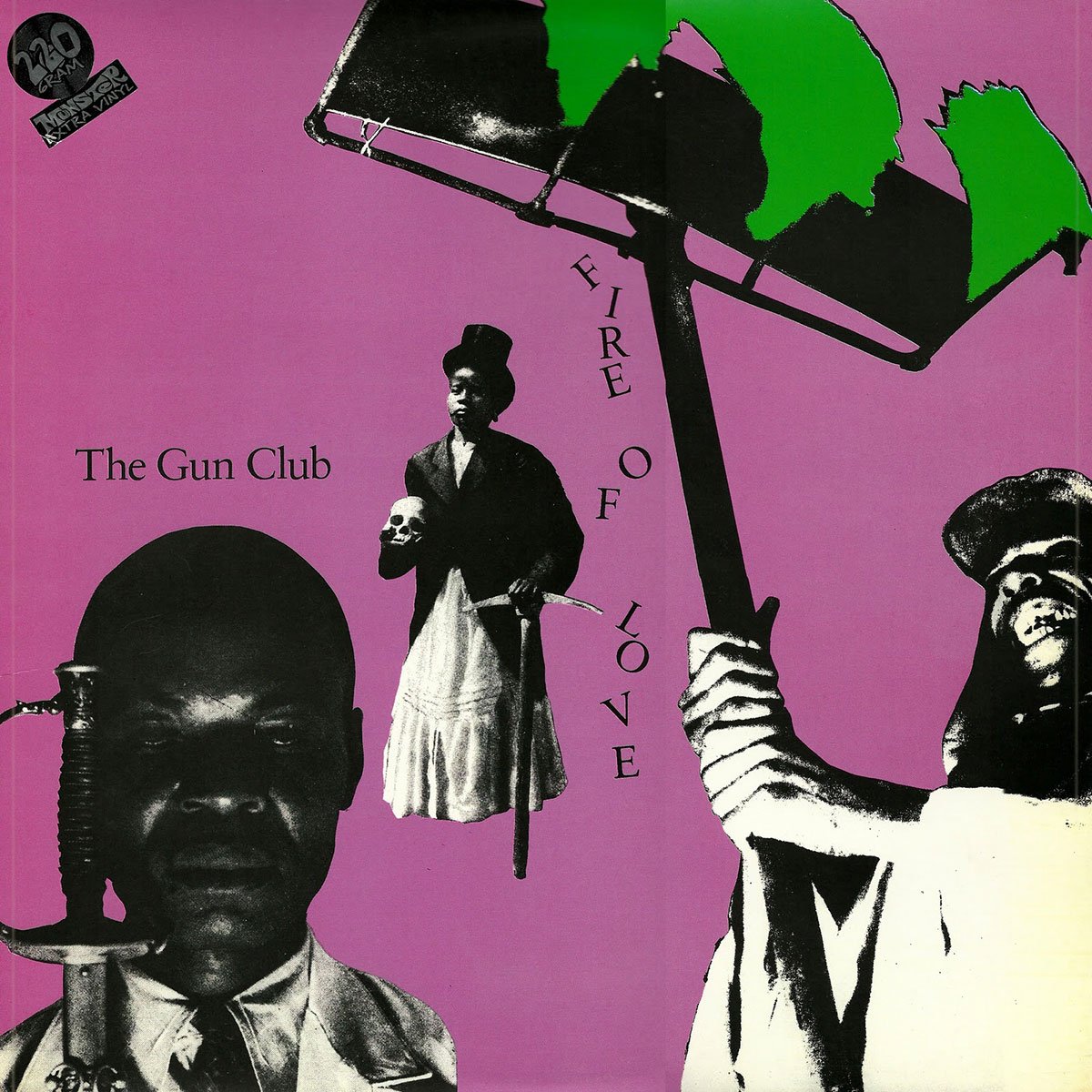 “Sex, Murder, Drugs, and Bad Vibes” was the tagline the Gun Club used to promote their early club shows, and it works just as well as an alternate title for their 1981 debut. L.A. punks engrossed by the Gothic South, the Gun Club reveled in the most lurid of Delta blues imagery, mixing amphetamine-laced cover versions of Robert Johnson’s “Preaching Blues” and Tommy Johnson’s “Cool Drink of Water Blues” with frontman Jeffrey Lee Pierce’s pulpy original compositions. Not all of it has aged well—namely, Pierce’s liberal use of the N-word on “For the Love of Ivy” and “Black Train,” or for that matter the cover art’s collage of appropriated voodoo imagery. But the propulsive fury of opening track “Sex Beat,” and the explosions of Ward Dotson’s expressionistic slide guitar on “Jack on Fire,” remain undeniable. Jack White, who frequently covered “For the Love of Ivy” (sans slurs) on stage with the White Stripes, once asked why the songs on Fire of Love weren’t taught in schools, but as White himself could attest, they’ve at least spawned generations of punk blues bands eager to study the Gun Club’s particular brand of evil. Zachary Hoskins 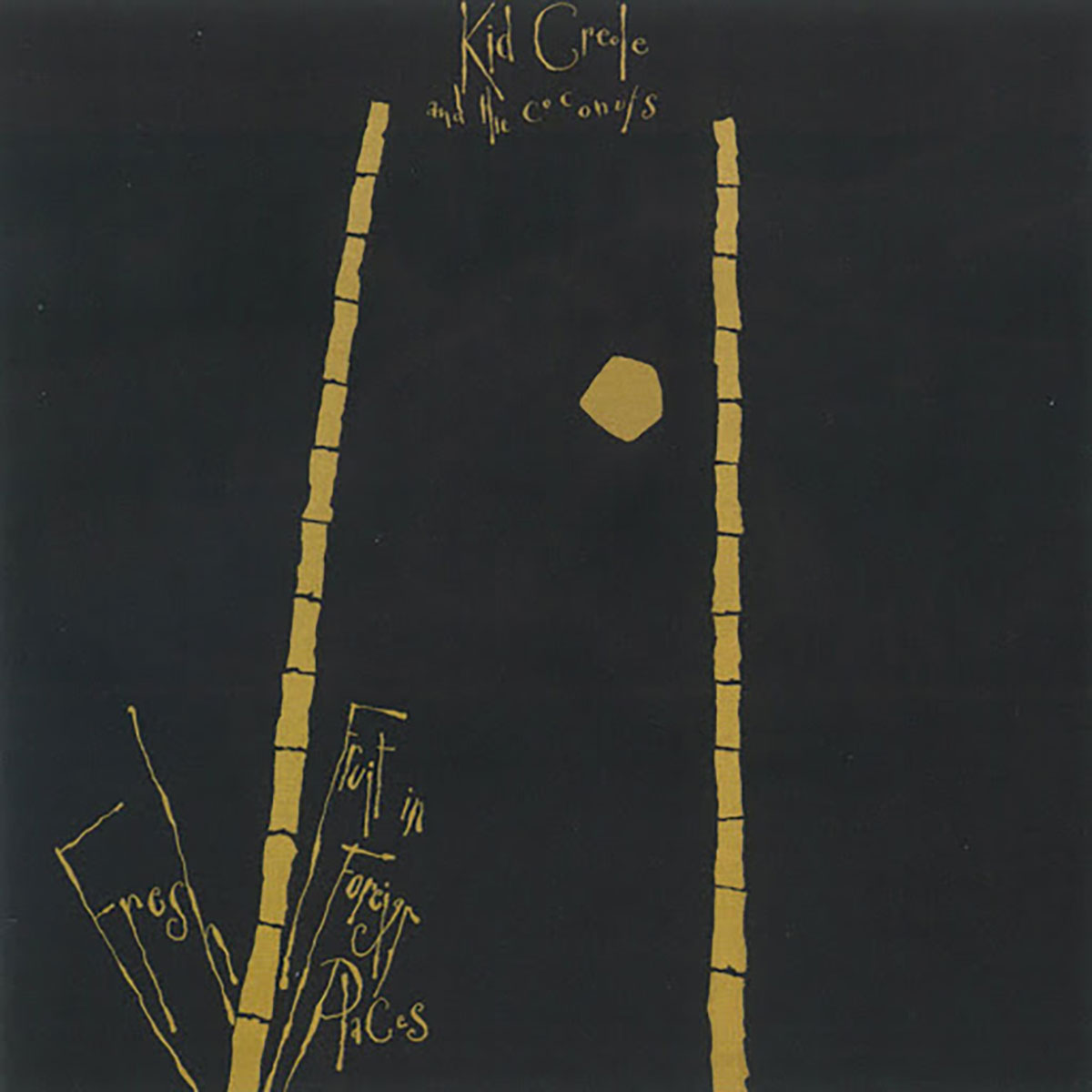 9. Kid Creole and the Coconuts, Fresh Fruit in Foreign Places

A perfect distillation of his polyglot blend of mutant disco, musical theater, and big band, the second album by Kid Creole (né August Darnell) expanded the international conceit of his 1980 debut, Off the Coast of Me, into a full-blown conceptual travelogue. Fresh Fruit in Foreign Places follows Darnell and his Coconuts on a Homer-tweaking odyssey from their native New York City (opener “Going Places”) to tongue-in-cheek burlesques of revolutionary Latin America (“Latin Music,” “Musica Americana”), the tourist-infested Caribbean (“Animal Crackers”), and the jungles of the colonial imagination (“In the Jungle”), rendering each in an appropriate musical pastiche. The storyline doesn’t make much sense on its own; vinyl copies of the album contained a map of its fictional locations, while on stage it was performed as a play with rapped interstitials by Darnell associate Gichy Dan, a.k.a. Frank Passalacqua. But it doesn’t require a libretto to understand the lyrics of “I Am,” with their pointed critique of the early-‘80s radio formats where Darnell struggled to find a foothold; and without the narrative, Fresh Fruit in Foreign Places can still transport the listener to post-punk, post-disco New York in all its melting-pot glory. Hoskins 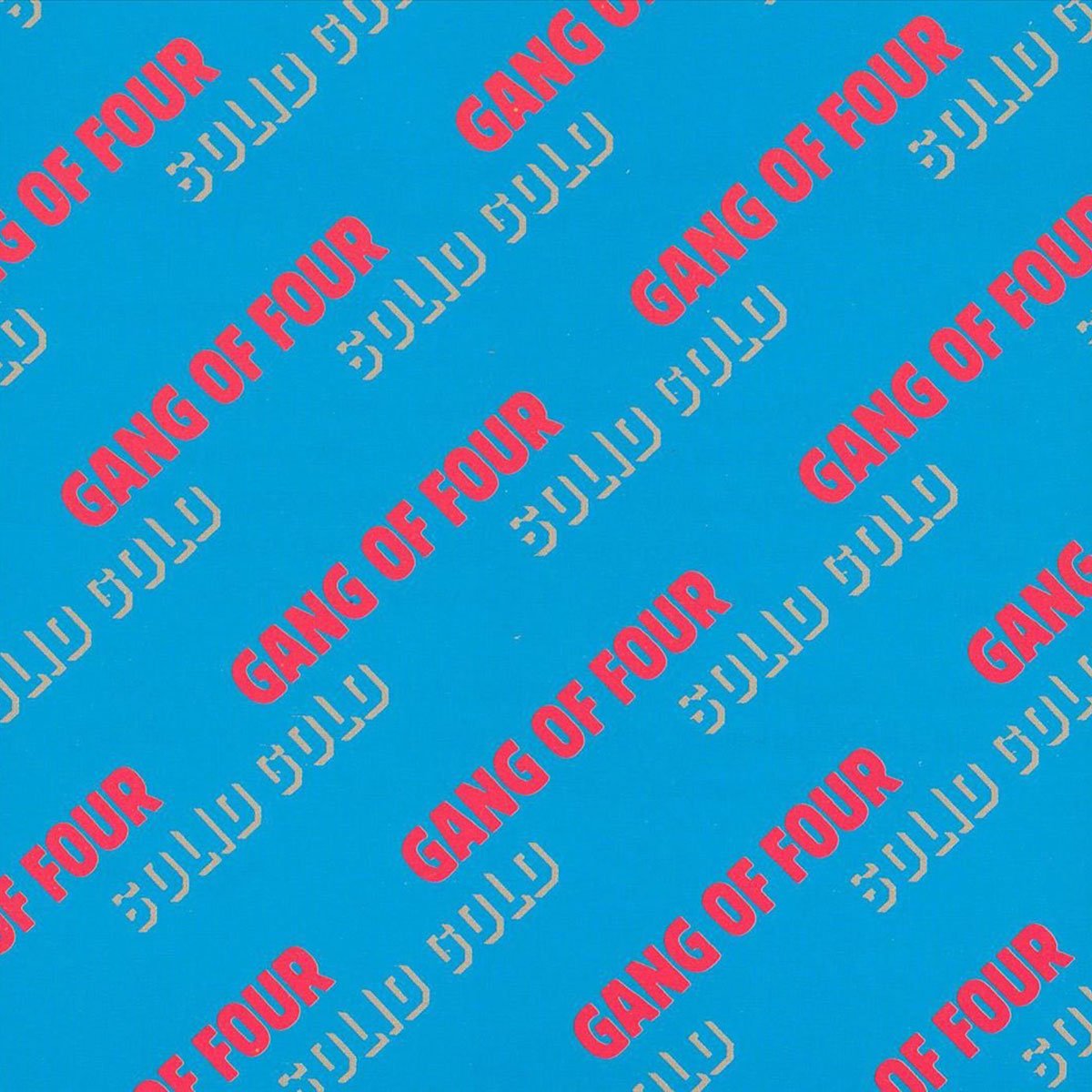 Gang of Four’s 1979 debut, Entertainment!, made shockingly natural bedfellows out of funk rhythms and leftist austerity. For their 1981 follow-up, the band doubled down in both regards: Solid Gold is at once grimmer and more groove-oriented than its predecessor, sharing a dubby sense of space (as well as two tracks, the re-recorded “Outside the Trains Don’t Run on Time” and “He’d Send in the Army”) with 1980’s stark Yellow EP. The result falls short of Entertainment! in terms of raw immediacy—mission accomplished, for a group as distrustful of easy pleasures as this. Instead, like the Situationist art that enamored frontman and chief lyricist Jon King, Solid Gold turns listening into a dialectical process, with hooks that emerge like Magic Eye pictures from the morass of Andy Gill’s jagged-edge guitar riffs and Dave Allen’s knotty basslines. The centerpiece—for both the album and, in a sense, Gang of Four’s entire body of work—is “Why Theory?,” which overlays a spare drum, rhythm guitar, and melodica groove with lyrics that read like an actual critical theory text: “Each day seems like a natural fact/And what we think changes how we act/So to change ideas changes what we do.” It’s basically Schoolhouse Rock for humanities grad students—an idea that’s easy to be cynical about, perhaps, but who wouldn’t rather dance to theory than read it? Hoskins 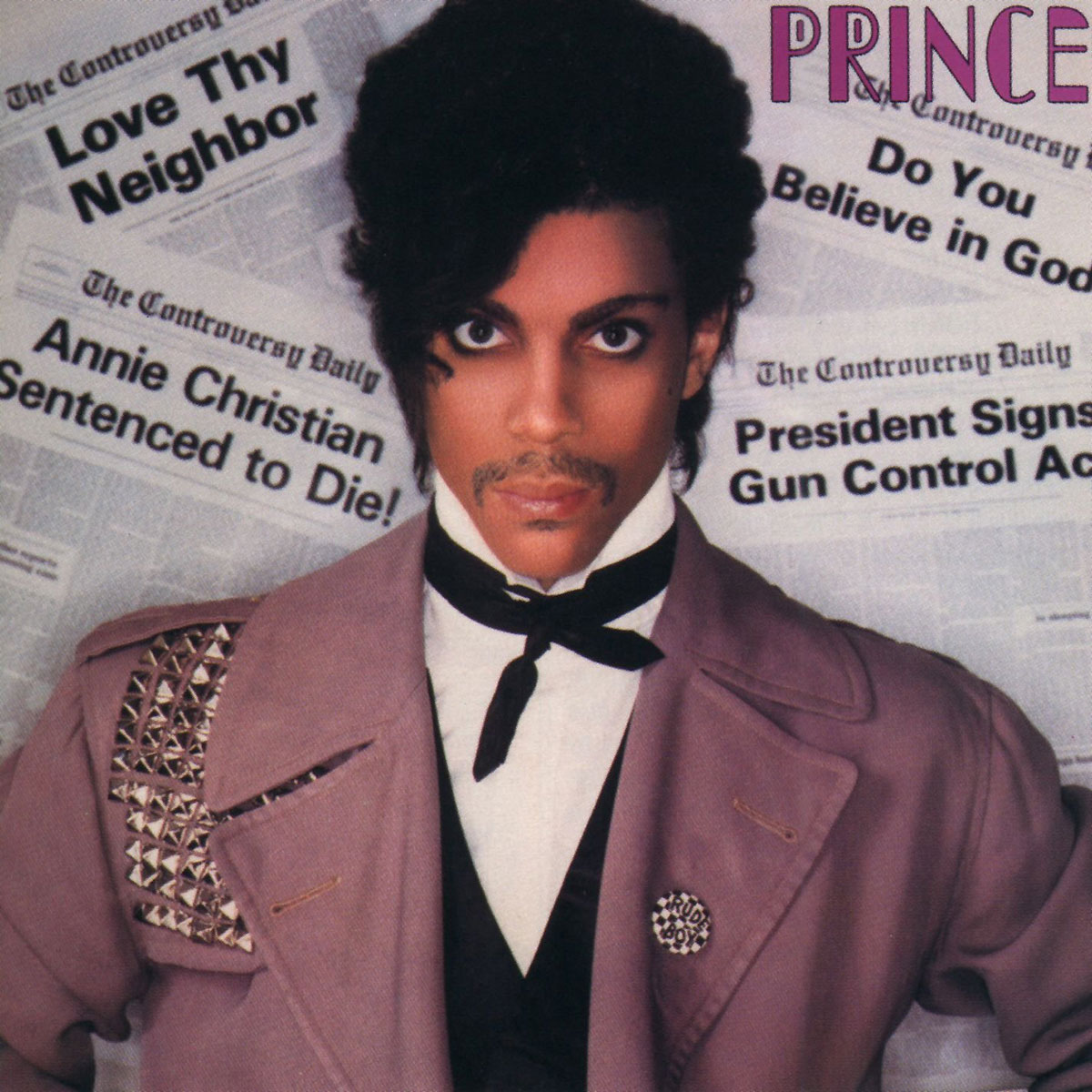 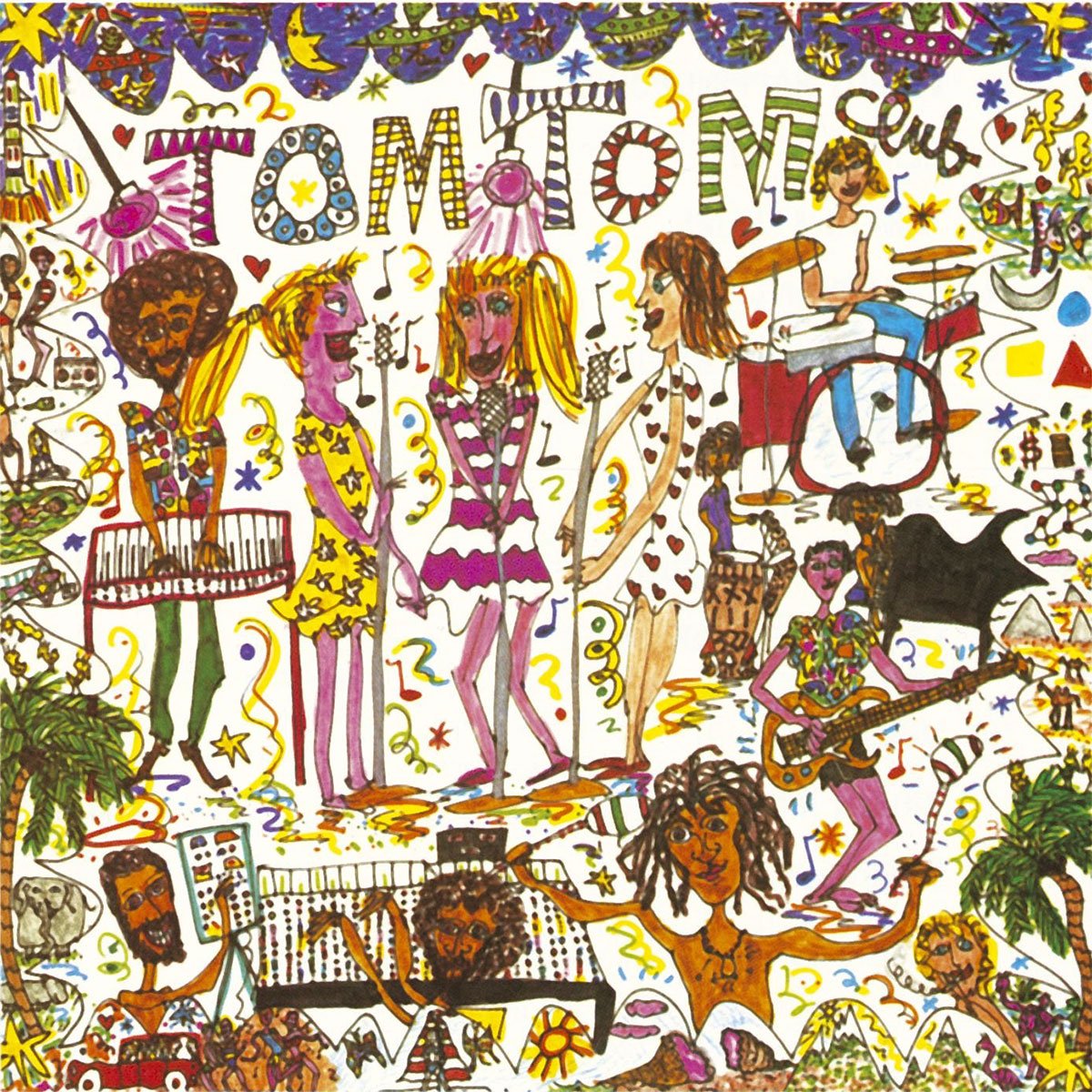 Bless Mariah for sampling “Genius of Love” or we may remember Tom Tom Club only as a kookier-than-Taking-Heads offshoot. The band’s debut album, which shares a really messy loft in my medulla oblongata with Björk, David Lynch, and Alvin and the Chipmunks, is a smart-alecky cacophony of giddy rhymes, ballsy raps, blissed-out melodies, and lush bells, whistles, beeps, splats, and just about every other sound Moog synthesizers were capable of back in 1981. Not only does Tina Weymouth, on “Wordy Rappinghood,” show why humorless white girls like Madonna should never take up the rap mantle, she and hubby Chris Frantz’s production proves to the Paul Simons of the ‘80s how to ebulliently transmute exotic sounds without whitening out their essence. Ed Gonzalez 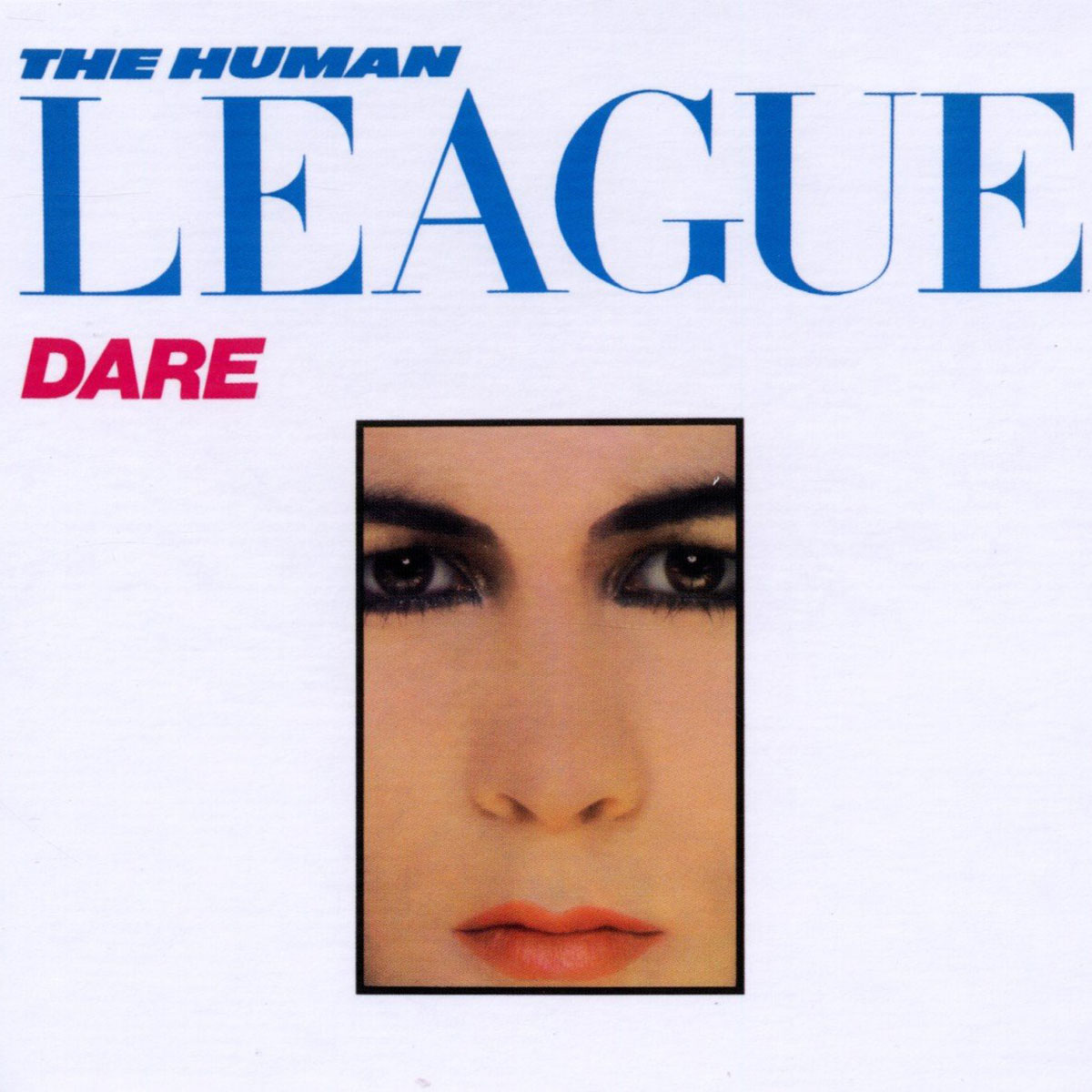 Stoic but danceable, detached but emotionally sincere, Dare! was, at the time of its release, simply the finest set of synth-pop songs ever compiled. The album has lost a lot of its futuristic sheen in subsequent decades, but “Seconds” still sounds sweeping and lush, while “I Am the Law,” with its bursts of rumbling bass and off-kilter harmonies, will never be anything but captivating. There’s always been something severe, even clinical, about Dare! (the same interplay of coldness and candor that made Joy Division so great), and with its technology dated, it sounds more tragic than ever, imparting a sense of deferred emotional connection akin to finding a breakup letter in a time capsule. Matthew Cole 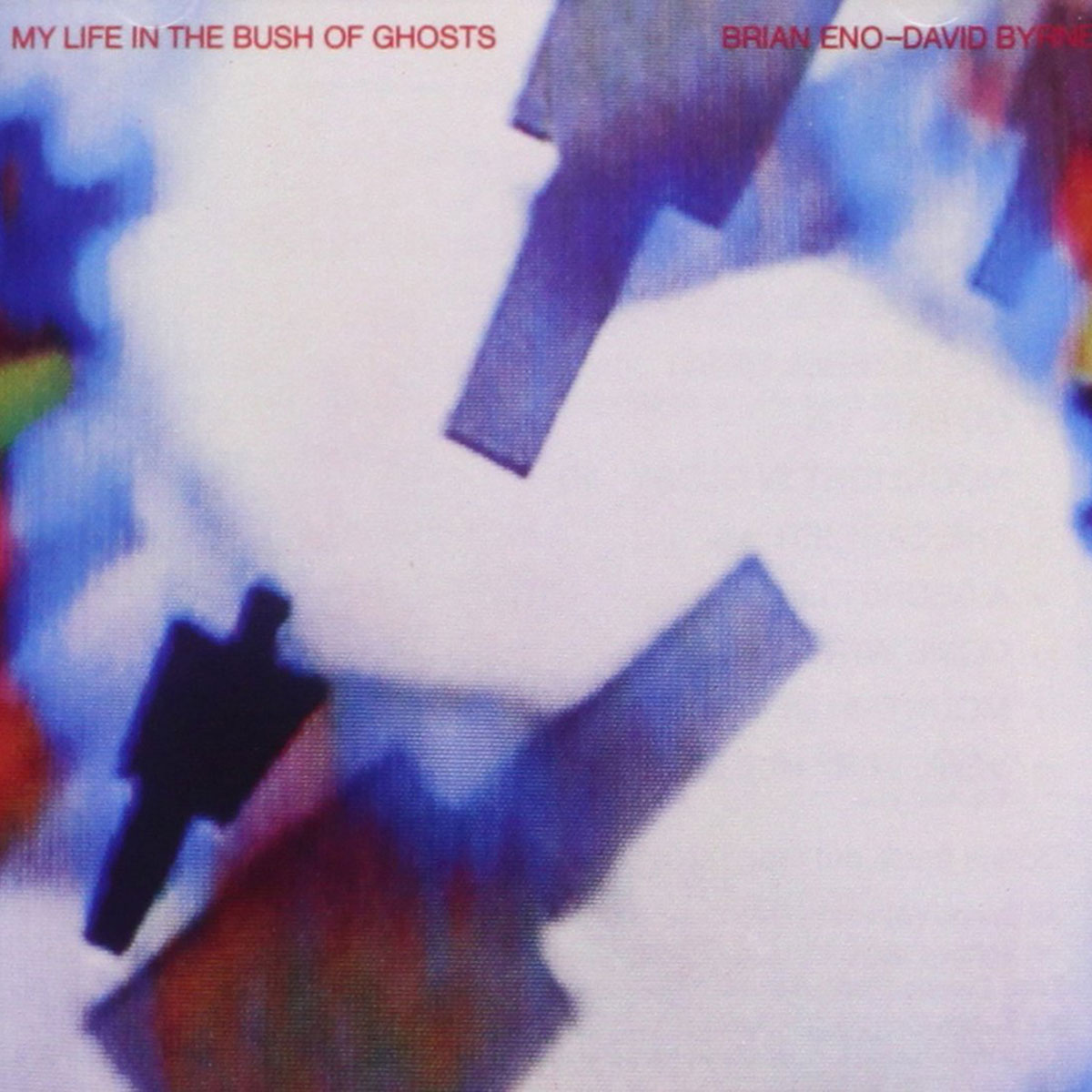 4. Brian Eno and David Byrne, My Life in the Bush of Ghosts

A twitching sonic collage that falls somewhere between studio experiment and gonzo pop record, My Life in the Bush of Ghosts challenges the often egg-headed nature of its presentation by being sneakily and eminently listenable. These are songs, despite their scrambled nature and lack of traditional vocals, and as a collection they reverberate with nervous energy. Whether it’s the voice of an exorcist on “The Jezebel Spirit” or a nervous radio-show caller on “Mea Culpa,” Brian Eno and David Byrne harness these disparate voices as the engines for a series of amazingly diverse tracks. Jesse Cataldo 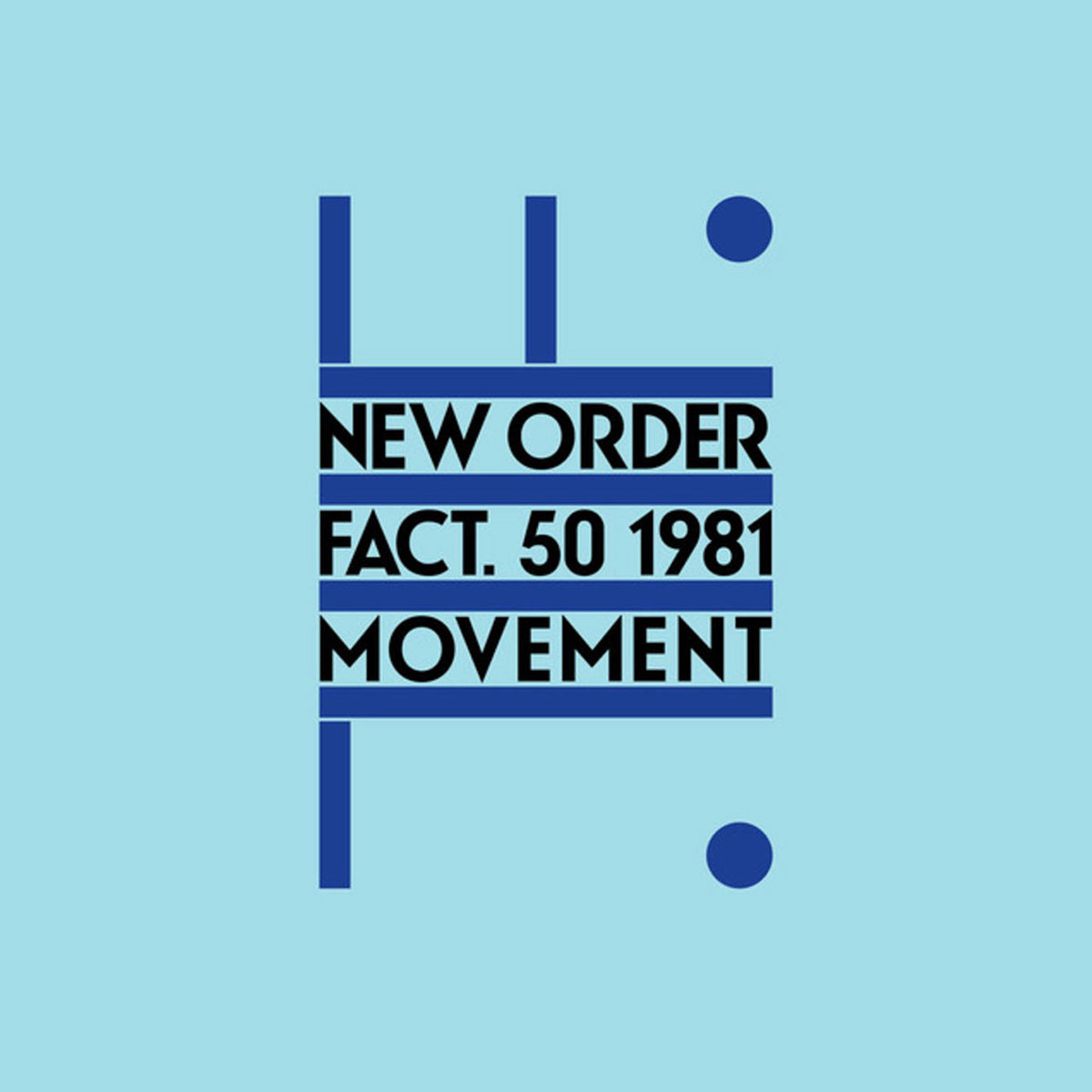 In Tibetan Buddhism, “bardo” is the intermediate space in between death and rebirth. It would have made an appropriate debut album title for the remaining members of Joy Division, reincarnated as New Order, following the suicide of frontman Ian Curtis. “Movement,” however, works just as well, evoking the fluidity of Bernard Sumner and company’s still-evolving sound. “Dreams Never End” is an apt opener; it’s the only song on the album with a traditional live-rock arrangement, featuring vocals by bassist Peter Hook, whose voice sounds closer in tone and cadence to Curtis’s than Sumner’s does. The rest of Movement exists almost exactly in between Joy Division’s post-punk sound and the synth-pop style that would come to define New Order and influence pop music for decades. Cinquemani 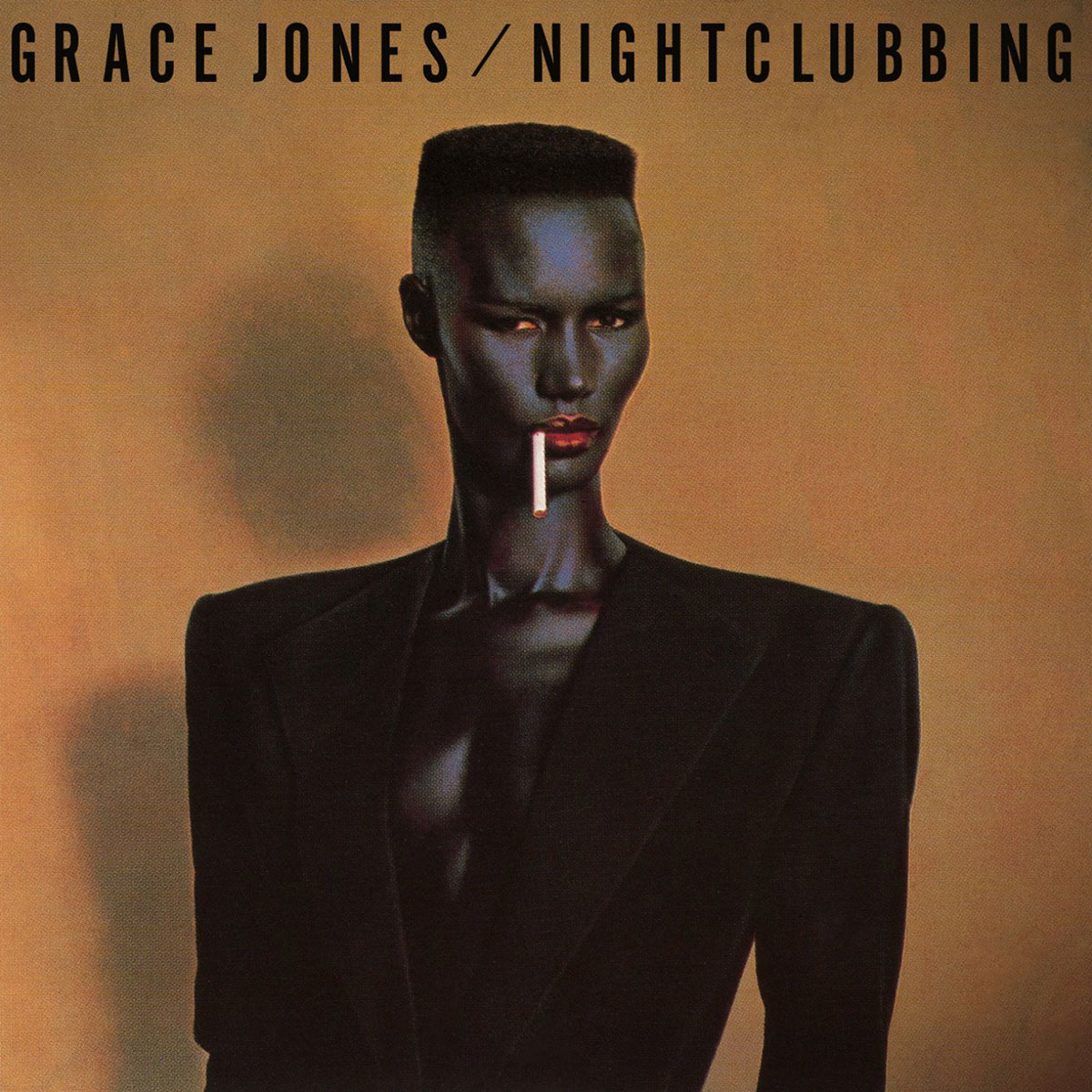 In go Iggy Pop, David Bowie, the Police, Bill Withers, and Astor Piazzola. Out comes Grace Jones as though none of the others ever existed. (All right, Jones’s dubby take on “Use Me” is no patch on Withers’s original. A minor chink in the armor.) With backing from Sly & Robbie, Jones’s Nightclubbing performs double duty, building up the singer’s legend even as it makes attempts at deconstructing it (as in “Art Groupie,” in which she enunciates “Touch me in a sculpture” so that it sounds like “Touch penis sculpture”). But the boogie masterpiece “Pull Up to the Bumper” removes such academicism from the table entirely. Eric Henderson 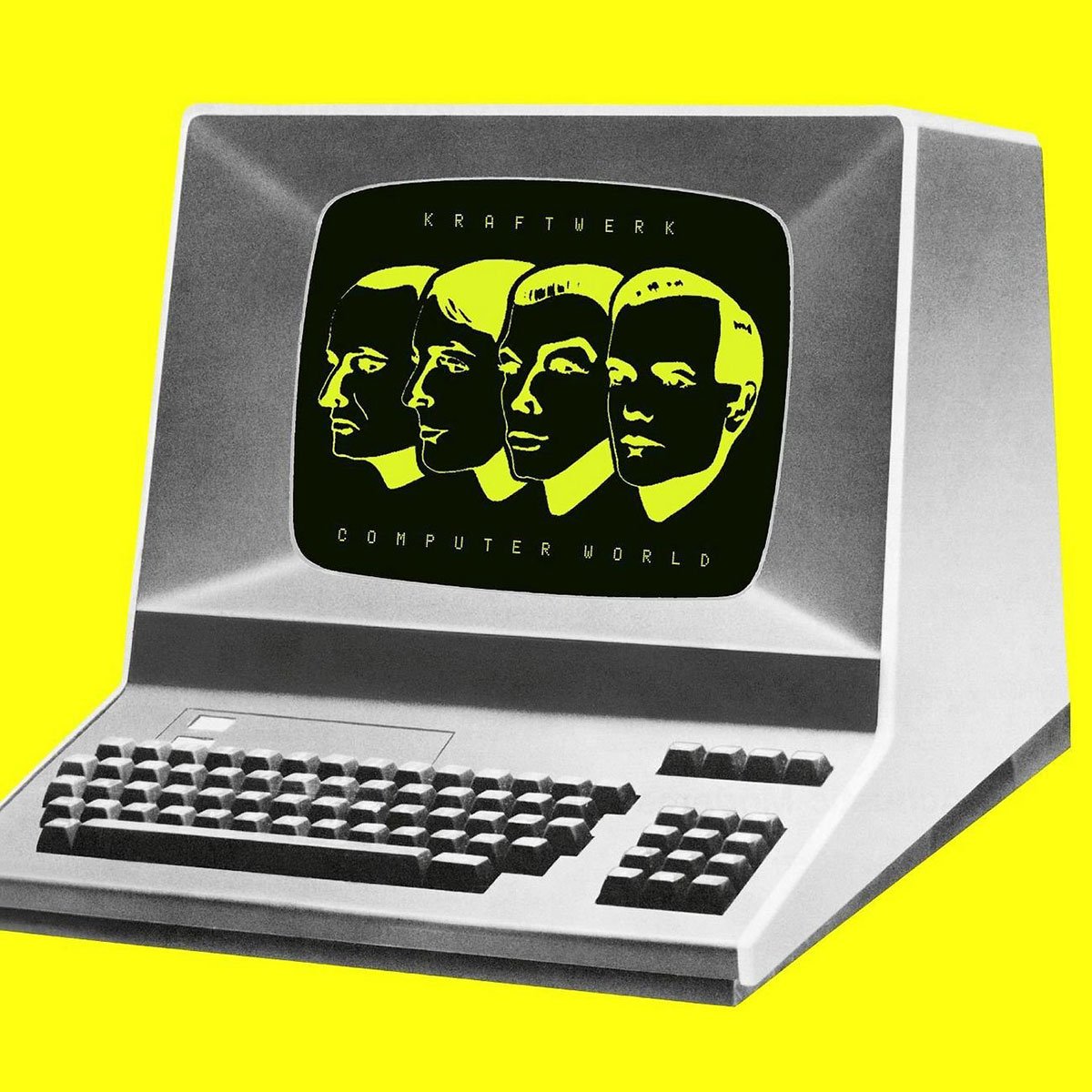 In the beginning there was light, said Genesis. Then came apes and space travel, an odyssey immortalized by Stanley Kubrick. And somewhere between there were computers, their rise the theme of the maximalist Computer World, the eighth and last great album by chilly electronic geek-teurs Kraftwerk. Consistent with the pioneering German band’s body of work, the album is an exploration of the effects of technology on modern urban living, which will sound as torturous as a Todd Haynes film lecture to someone who’s never actually heard Kraftwerk’s music. Across seven gorgeously lurching and exacting tracks, we are made to understand the angst and hilarity of our inextricable, personality-warping ties to the computer. This prescient sonic landscape still leaves one feeling with the sensation of having swum through a prickly but immaculate ocean of 0s and 1s. Gonzalez