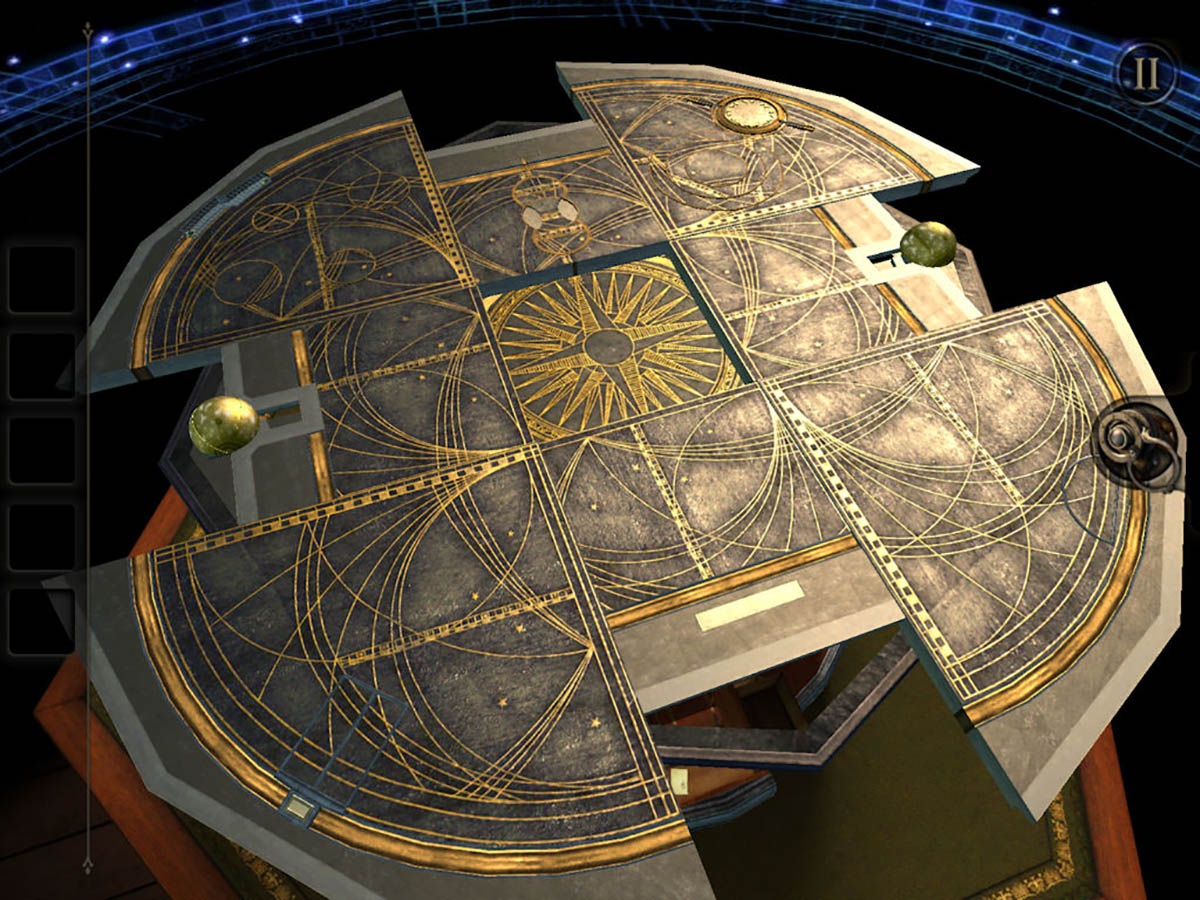 Few video games so directly encapsulate the notion of “being a toy” as The Room, a popular iOS title now boasting a high-definition PC port, upscaled graphics, and touch controls substituted with a mouse. While the majority of games flooding the iOS marketplace feature little but simplistic gameplay and cartoonish 2D visuals, The Room made a mark with spectacular 3D graphics and moody ambience, establishing itself as a more mature and highbrow experience involving Hellraiser-style puzzle boxes tackled with Apple’s intuitive touch controls. Solving each puzzle reveals more of the game’s narrative involving the fates of past adventurers who would dare attempt the puzzle boxes, shades of Lovecraft permeating its storyline and complimenting the thick atmosphere that the visuals and sound design create.

Much of the press for The Room has focused on that atmosphere over the actual gameplay and puzzles, and this is no accident. The Room falls victim to its own frustrating case of “video game logic,” where most of its mysteries are solved through endlessly clicking around each puzzle box until the correct doohickey opens or closes to reveal a gizmo that matches a symbol and unlocks the next thingamabob. The Room’s shallow puzzle solutions are divided between those that require recognition and memorization of shapes or symbols, and those that are exclusively designed to be deduced with brute force rather than rationality, and neither come close to the kind of elegant, rewarding riddles that drove this year’s earlier successful iOS-to-PC remake Year Walk. Any puzzles that do offer something genuinely original and clever are repeated ad nauseam to rid them of interest: Consider that, while there’s a certain cleverness in manipulating a folding key on screen to match numerous different locks, this “puzzle” is merely one of trial and error, and ends up being repeated across the short storyline. Ditto the alignment of different laser lights to form a specific symbol, and the use of an intriguing spyglass to find hidden symbols and markings on the box like a blacklight, and so on, so on. There’s even a dull game of Simon before the unsatisfactory climax to really stretch the notion of The Room as a “deeper puzzle game” thin.

The game’s narrative covers only a few puzzle boxes, each unlocking the next and containing notes from a doomed individual who previously solved them. This framing device, while well-written in foreboding, believable letters that simultaneously warn and allure the player with promises of revelations and answers, doesn’t cohere into something meaningful, ultimately leaving this very short game feeling pointless and trivial. While it’s to The Room’s credit that the graphics and sound design remain impressive with the transition to PC, and able to compete against other PC titles, the gameplay does not, and without a compelling story the experience ends up being sadly forgettable.

The Room is now available on Steam from Fireproof Games.