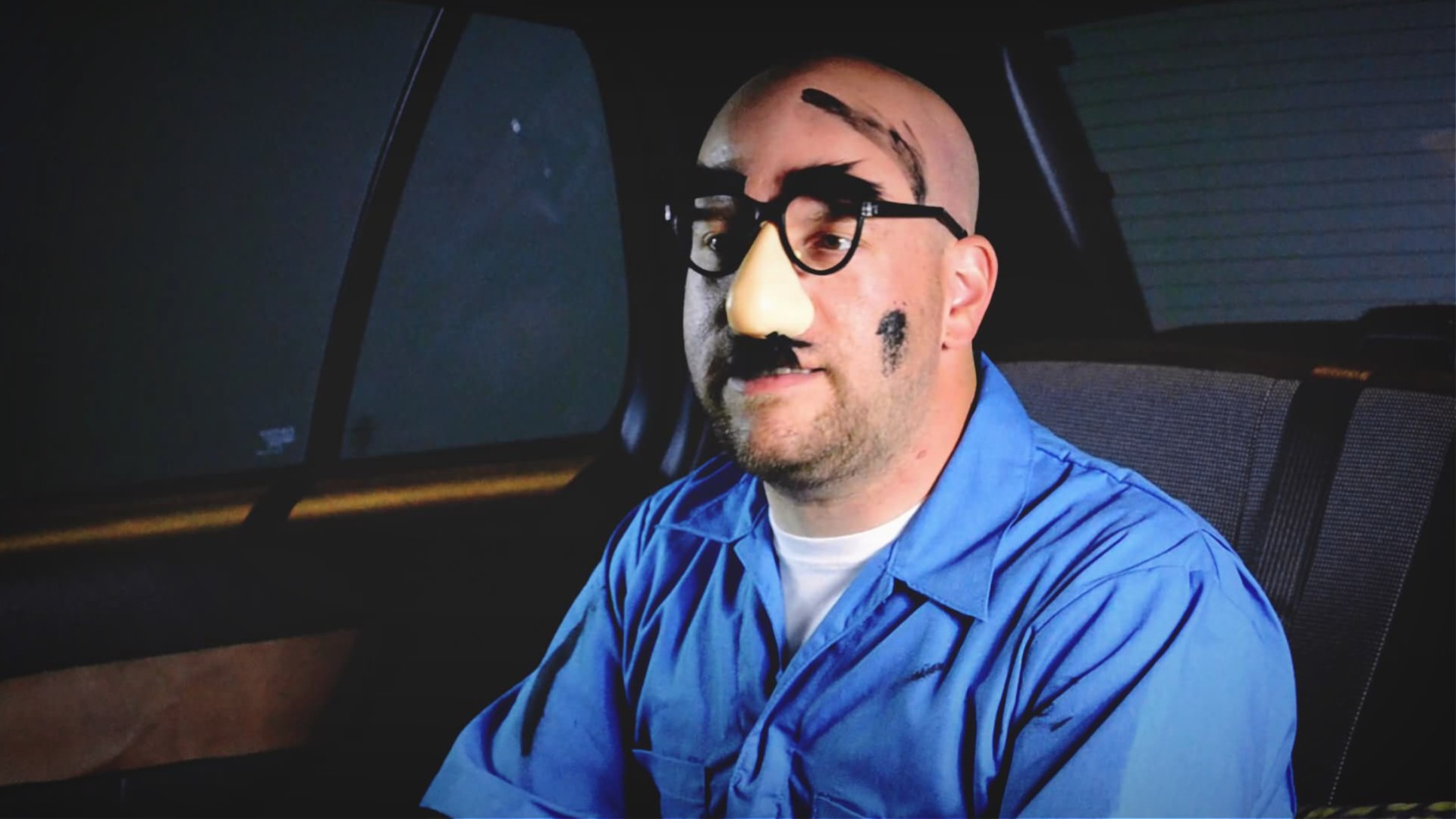 Seemingly inspired by other borderline-impossible-to-play games like QWOP and Octodad: Dadliest Catch, No Goblin’s Roundabout tells the story of mute chauffeur Georgio Manos, a driver for a most unusual limousine service. Georgio’s car is stuck permanently spinning, so driving straight down a street is impossible; instead, she angles her limo to rotate around obstacles, narrowly avoiding cars, debris, and barriers, lest she and her passengers explode in a fiery death. Which they do. A lot. Fortunately, exploding is a minor setback in the world of Roundabout, as the player is reverted back to the last checkpoint each time the limo clips five obstacles and blows up.

Viewed from a top-down perspective, Georgio spins around the city picking up eccentric passengers, and it’s in these scenarios that Roundabout comes alive. The game itself is rendered in a cartoonish 3D style that colorfully alludes to the ‘70s disco era, heightening the slapstick action as Georgio unintentionally (or intentionally) crushes numerous pedestrians—but barely a minute of game time goes by without Roundabout cutting to its unique and terrific brand of full-motion video. Each time Georgio picks up a passenger, the game instantly switches to an FMV sequence where the quirky and occasionally hilarious narrative plays out.

Across the narrative, Georgio will fall in love, take part in numerous sporting activities with an oversized motor vehicle, accompany an Asian couple from their first date to their marriage, have her limo upgraded by an unconventional mechanic (a jumping limo, because, well, why not?), and take orders from a demonic skeleton. There are no loading times between the gameplay and video, meaning the game has a wonderful flow, and the video has an intentionally low budget with the occasional non-sequitur scene of nutty stock footage. Roundabout’s off-the-wall sense of humor really brings it into its own.

Although the core gameplay isn’t always fun, given that the impracticable nature of maneuvering Georgio’s limo is such a deliberate attempt at frustrating the player, mistakes are barely penalized in such a way to prevent one from progressing through the story, and the explosive outcome of failing any attempted route is consistently funny. And while the game caters to relaxed, casual play, if one is masochistic enough to take to its missions seriously there are numerous bonuses and play styles that reward the player. Any frustration felt by the gameplay is also compensated by the seemingly endless supply of FMV; an amusing video is never more than a few minutes away.

Roundabout is also the rarest of beasts, a game with a lesbian relationship at the forefront of the narrative. While so much has been made over the homosexual romance options in the Mass Effect series, the romance here, however quirky, is ultimately uncommented upon and thus normalized, complete with an intriguing finale with fascinating implications regarding Georgio’s position as an outsider. A late-in-the-game character’s request for Georgio to “try going straight” not only questions her driving ability, but also points to her sexuality and social status as an outcast. Her talent for keeping her limo permanently, ludicrously revolving is only seemingly unexplained, as its part and parcel with her commitment to self. The game’s triumph, then, is how it finds parity between its gameplay and narrative themes.

Roundabout is now available on Steam from No Goblin.