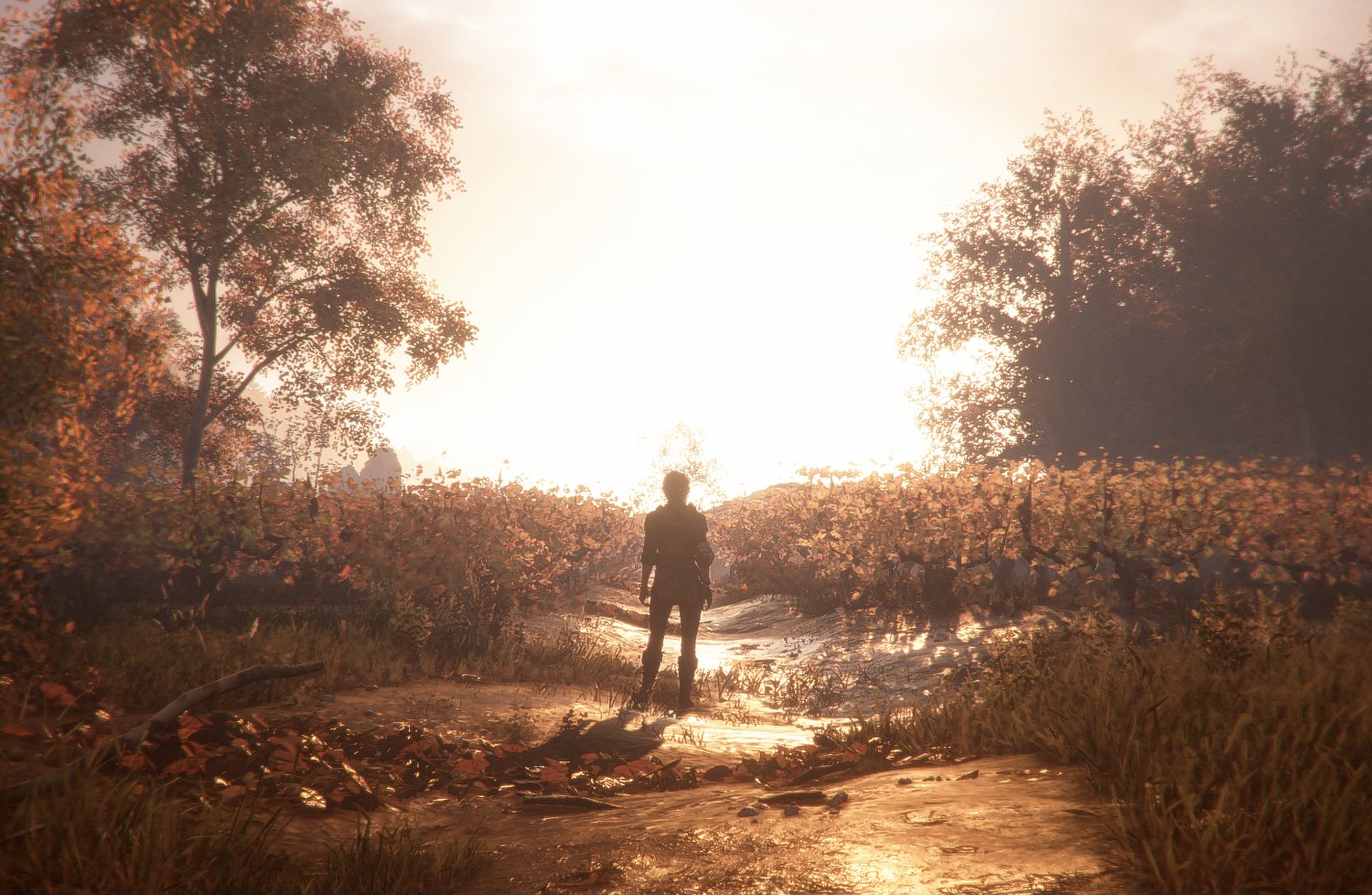 French video game developer Asobo Studio’s A Plague Tale: Innocence imagines a 14th-century France ravaged by the combined horrors of the Hundred Years’ War and the Black Plague. After witnessing the murder of their parents by religious fanatics, Amicia De Rune and her sickly younger brother, Hugo, escape their family’s affluent estate, trying to avoid being caught in the machinery of the Inquisition. What follows is a visually impressive third-person adventure game that’s focused to an almost stubborn degree on the extent to which these two young children must stealthily evade their foes, not least of which the swarms of flesh-hungry rats that have overrun the country almost as a matter of course.

Light itself is the star of A Plague Tale, as the rats that emerge from the underground will swarm and consume any living being that doesn’t remain shrouded in light. Throughout, Amicia can use lit torches to safely walk past the ghoulish critters, but these burn out, as well as draw attention from Inquisition knights. Luckily for her, she also has a slingshot at her disposal. This instrument of destruction—and distraction—is your weapon of choice at the start of the game. With it, you can use rocks to knock lanterns from your enemies’ hands, or extinguish their torches, leaving them helpless to the hungry rodents that maddeningly linger in an area. Each scenario is presented as a puzzle where the objective is to figure out how to lure enemies to a certain spot so that they can meet their certain doom.

These sequences are consistently varied, with new tools introduced across the game, such as chemicals that can be used to lure rats away from Amicia and toward your human foes. Likewise, searchlights set up by the Inquisition to provide safe pathways can be moved by the player to plunge enemies into the fatal darkness, and provide new trails for Amicia and her brother to safely traverse. And using these varied gameplay mechanisms in tandem elicits satisfying results, especially when you’re trying to overcome the unusually strong AI, which doesn’t give up as easily as enemies in similar stealth action games like Metal Gear Solid.

Being spotted by the guards who patrol an area will almost always seal your fate, as the guards will relentlessly give chase, and groups of them will work together and cover escape routes to enclose Amicia, as well as call out your position to long-range enemies, such as archers. It’s a dynamic game of cat and mouse, and there’s pleasure to be had in trying to figure out how best to take advantage of A Plague Tale’s core gameplay in order to ensure your survival.

It’s unlikely that players have come across adversaries in a video game as squirm-inducing as A Plague Tale’s rodent swarms. Their movements are realistic, and especially horrifying as the rats overpower their prey in a blood-crazed frenzy, their beady little eyes just barely reflecting the light coming from some nearby object. No less detail-rich are the dilapidated castles and plague-ridden villages you come across that conjure a tense atmosphere that rarely lets up throughout the game. Inside abandoned homes, walls are caked with grime and blood, harrowingly evoking the violence that transpired there, while exterior ruins are cloaked in darkness and fog that obscures all sorts of horrors contained within.

Given how believable this plague-ravaged world is, it’s unfortunate that A Plague Tale’s story falls short of its technical accomplishments. While the plot here is ripe for an examination of the destructive nature of Christian fanaticism, as well as the class divide between the De Rune siblings and the poor, criminal underclass they fall into, the game sidesteps deeper questions about the themes it raises. Even though it casts agents of the Inquisition as its primary antagonists, A Plague Tale is careful not to vilify any kind of faith. In fact, at one point it goes so far as to hastily introduce an archbishop character so that he can conspicuously state that none of the game’s evildoers are real Christians, at which point he’s quickly ushered out of the narrative. And perhaps as a result of the game refusing to label its villains as Christians, it leans on cartoonish, otherworldly depictions of evil taking root in medieval France. Throughout, clichés of power are carried unto absurdity, with the final boss reveal so ludicrous that you’d think we were back in the Eldritch-nightmare-themed world of Bloodborne.

It doesn’t help that A Plague Tale’s protagonists are also flimsily characterized, barely inviting the player’s emotional investment. A late-game chapter that takes place in Amicia’s head lifts more than one sequence from the Silent Hill series’s unnerving Nowhere, but it doesn’t land with any real effectiveness because the girl’s trauma still feels alien to us by that point. Indeed, by the narrative’s conclusion, the player will have spent over a dozen hours with the girl but still know little about her as a person. This is especially unfortunate given that Amicia comes across a few potential romantic partners and personal adversaries across her journey. Just as it seems as if A Plague Tale is about to fully open the door on a personal reckoning for the girl, it quickly closes it shut, ensuring that she remains a cipher.

Nothing in A Plague Tale, though, is as ineffective as Hugo’s characterization. The child’s behavior seems to pivot on a dime, either exhibiting the bearing of a helpless innocent or the wisdom of an old sage. In one scene, he throws a tantrum over the loss of family members; then, not long after, he bemoans how characters lie to him and refuse to trust him with information. Despite being terrifically voice-acted, Amicia and Hugo rarely exhibit the sort of conduct that realistically syncs up with their ages. And after a while, their lack of response to the horrors that befall so many innocent people in their midst comes to feel weirdly aloof. Of course, that flaw might be more accurately understood as the result of programming work that was less devoted to character work than making sure that the sights and sounds of rats tearing into human flesh struck the deepest of nerves.

This game was reviewed using a download code provided by Evolve PR.

Review: Rage 2 Brings the Flair, but It Barely Fills Its Open World

Review: BoxBoy! + BoxGirl! Makes the Most of Its Two-Dimensionality