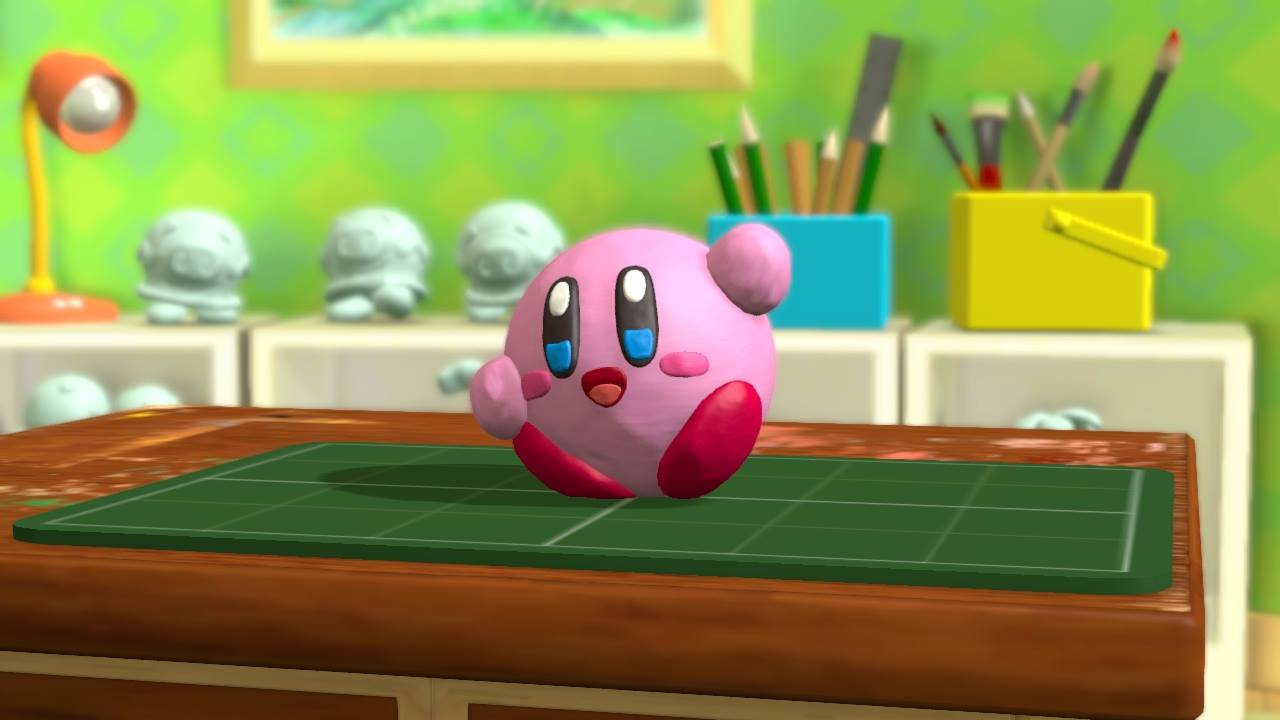 Imagine Van Gogh, in the last year of his life, looking at all the mediocre haystack painters who would sell more in a year than he had in his whole life. Did he know that he was better? Was that knowledge enraging? That’s how I imagine Nintendo feels when advised to get into mobile gaming. In 2005, when the iPhone was barely a rumor, Nintendo released Kirby’s Canvas Curse, creating an innovative gaming experience for touchscreen controls. But even though today’s cheapest tablets are bigger and sharper than the original DS, no one has made a touchscreen game half as inventive or satisfying. So it’s up to Nintendo to remind everyone what the hardware can do with its Wii U-exclusive sequel, Kirby and the Rainbow Curse.

The game is a platformer in which you create the platforms, which may be the best logline of all time. You use the GamePad and stylus to draw “rainbow ropes” for Kirby to roll along, tapping him for fast rolls that will send him flying off the edge. There’s a learning curve to this unusual system, but after a few levels, you’ll find ways to put a launch-pad at the end of a line, create loop-de-loops to build up speed, and alternate short and long brushstrokes to fine-tune your movement. The drawing mechanic lets you create a play style that’s as individual as a signature, encouraging individualized, improvisatory play. And happily, the developers treat the fine-grained controls as a justification for making the game surprisingly challenging. After the last few willfully easy Kirby games, it’s a nice change to see the poor little puffball repeatedly die as you struggle for mastery.

While many Wii U games make the TV optional, this is the first to be unplayable on the TV; you have to keep your eyes on the GamePad. Lest you wonder why it isn’t just a mobile game, the designers justify the move from handheld to console with expansive levels full of hidden surprises and side challenges. There’s always a clear route from one end to the other, but once you draw some lines off the path, you’ll find secrets in every corner. It’s easily the most explorable world since Super Mario 3D World, and nearly as open to wandering as Hyrule.

The visuals are also a tribute to Nintendo’s philosophy of style over GPU cycles. The game is designed to look like claymation, with a lovely, crumbly look that contributes to the physicality of the experience. Unfortunately, the relatively low-resolution GamePad can’t quite do the visuals justice. I occasionally turned on my TV just to see what the visuals would look like at their best, and it was glorious, so it’s a pity that most of the game is spent with graphics below what’s possible.

The other strike against the game is a tacked-on multiplayer mode. Four players can use Wiimotes to join in as spear-waving supporting Waddle Dees, and it’s nice to have backup for some of the boss fights. But their limited movement means they can’t take advantage of vertical level design, leaving them to beat up the occasional enemy and wait to be automatically caught up to Kirby. While it’s clear that Nintendo was trying to create a low-pressure participation mode similar to Super Mario Galaxy, it feels like dead weight next to the wonderful single-player.

Kirby and the Rainbow Curse is a perfect demonstration of Nintendo’s console game philosophy: Create an interesting physical interaction between player and hardware, then explore every variation of it like the composer of a baroque fugue. The calligraphic expressiveness of the drawing mechanic, and the focus on the small GamePad, makes it feel pleasantly intimate, like curling up with a beloved storybook. It’s a great demonstration of the things the Wii U can do and no one else can even imagine.